Months of submissions have failed to convince a joint standing committee to lower Australia's voting age. 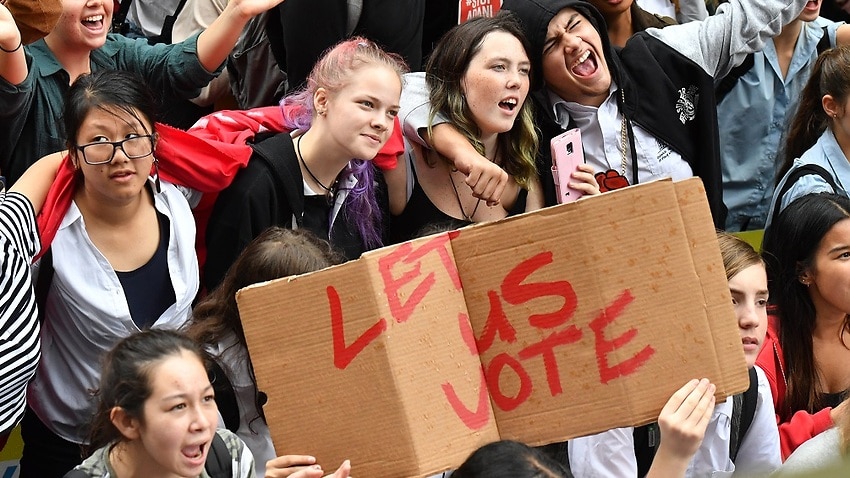 A parliamentary inquiry has shut down the idea of lowering Australia's voting age.

On Friday, the Joint Standing Committee on Electoral Matters tabled its report examining a Greens bill that would give 16 and 17-year-olds the option to vote.

"Despite trends in Europe and Latin America towards lowering the voting age, the committee is not convinced that it is warranted in Australia," it said.

"The committee has seen no evidence that there is a significant concern or trend towards non-voting that justifies extending the franchise" and therefore recommended the bill not be passed.

Instead, it noted that there are many other "avenues to political participation" for young people, such as "joining a political party, or be engaged in the many youth leadership forums run by local, state and federal governments and schools".

Several other countries and jurisdictions have lowered their voting age to 16 including Austria, Brazil, Malta and Scotland. While 17-year-olds can vote in Indonesia, South Korea and others.

While the committee came down against the bill, parliament may still pass it at some point in the future.

Read More
We asked five experts: Should Australia lower the voting age to 16?

The report angered many young people who submitted to the inquiry and the Greens.

The party slammed the committee for "cherry-picking" submissions and statements.

"What the committee report fails to strongly articulate, or pay heed to, is the sheer weight of submissions to the inquiry that were in favour of the proposition instead leaning heavily on opposing submissions given by the Australian Christian Lobby, the Federal Young Liberal movement and a number of individual submissions," it said.

The party also reiterated the argument that "more often than not, by the time young people reach the age of 16 or 17 they are making a significant contribution to Australian society and similarly are able to recognise the impacts government decisions have upon their lives".

"It follows, therefore, that 16 and 17-year-olds should be able to have their say at the ballot box," the party said.

Committee chair and Liberal senator James McGrath said in a statement the inquiry was "an example of how Australians are able to keep debating changes to the electoral system".

"The committee had a vigorous inquiry with many passionate witnesses and this healthy debate strengthens Australian democracy."