A parliamentary inquiry is calling for submissions over Rio Tinto’s destruction of 46,000-year-old Indigenous caves at the Juukan Gorge in the Pilbara. 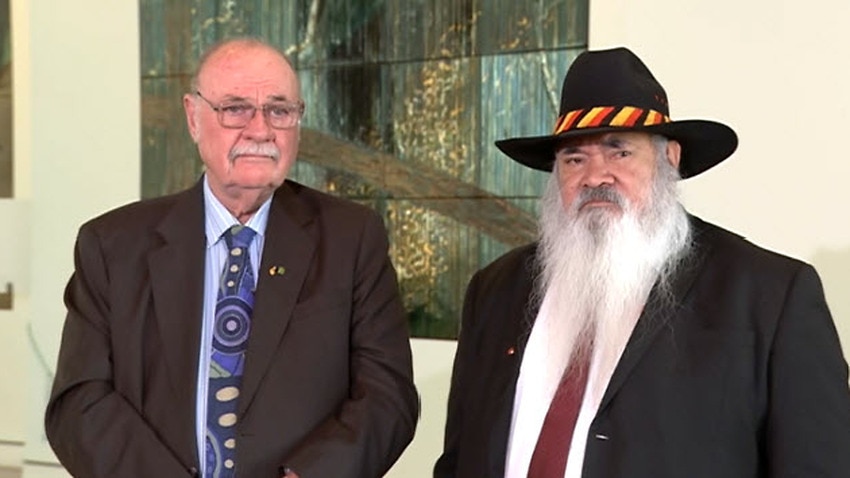 There has been a bipartisan political push for answers over Rio Tinto's destruction of 46,000-year-old caves at Juukan Gorge in the Pilbara.

A parliamentary inquiry is calling for submissions into how the mining company was able to detonate explosives in two Indigenous heritage sites to expand their mine.

Labor Senator Patrick Dodson and Liberal National member Warren Entsch have made a public plea to investigate how the caves were destroyed.

Senator Dodson said the inquiry would examine the operation of state and federal Aboriginal heritage laws.

“We’re not there to hang people to the wall – we basically want to understand these very serious matters about protecting First Nations heritage,” he told reporters.

“It's an opportunity for us to delve into how to get the balances right because that seems to be what's not in sync at the moment,” he said.

Rio Tinto has faced backlash over its blasting of the ancient Western Australian rock shelters, which caused great distress to traditional owners the Puutu Kunti Kurrama and Pinikura People (PKKP).

The company's iron ore chief executive Chris Salisbury has since issued a statement saying the company “unreservedly apologises for what happened at Juukan Gorge”.

Northern Australia Committee chair Warren Entsch said it was inconceivable such a valuable heritage site could be destroyed in complete accordance with the law and without any means for traditional owners to effectively intervene.

“[But] rather than point the blame at people we've got to find ways in which we can seal those cracks forever.”

The Northern Australia Committee's terms of reference outline how the inquiry will seek to find answers to the destruction.

This includes examining the operation of Western Australia’s Aboriginal Heritage Act, and the consultation that occurred between Rio Tinto and the Indigenous peoples.

Through WA’s Aboriginal heritage laws, landowners and companies with mining or resource extraction rights can apply to damage, disturb or destroy a site.

It was through this Section 18 mechanism that Rio Tinto gained approval to blast the cave site, which contained evidence of human habitation going back 46,000 years.

Indigenous groups have long been calling for changes to this section of the act, which allows companies to destroy Indigenous sacred sites if they receive ministerial approval.

The inquiry will also look into the events and decision making processes leading up to the destruction and how traditional owners have been impacted by the loss of the site.

Rio Tinto has said it is committed to learning from the blasting incident and will work with traditional owners on future plans for the Juukan Gorge.

In seeking to avoid such an incident happening again, the inquiry will also examine the interaction, effectiveness and adequacy of state and federal laws in relation to Indigenous heritage regulations.

Protesters are seen during a rally outside the Rio Tinto office in Perth. Source: AAP

Senator Dodson said the inquiry would examine discrepancies where rules are out of sync with the expectations of native title rights.

“This is not about stopping the economy from going ahead - this is about finding a balance of how legislation can work better.”