The Department of Foreign Affairs and Trade is outsourcing the delivery of Australia's aid program in Fiji, according to tender documents.

Foreign Minister Julie Bishop has played down a federal government decision to outsource the delivery of Australia's $35 million foreign aid program in Fiji.

The Department of Foreign Affairs and Trade has called for tenders for a single facility to initially deliver aid for health, governance, scholarships and then education and private sector programs.

"Australia always works with partners on the ground, there is nothing unusual in that at all," Ms Bishop told reporters in Canberra on Tuesday.

The foreign minister side-stepped questions about whether the timing was right as Fiji recovers from Cyclone Winston. 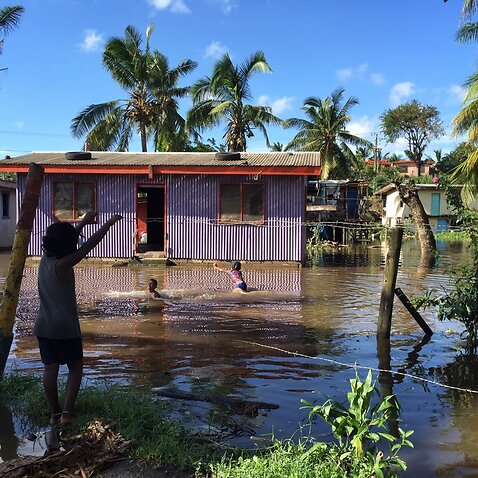 "We work with other organisations so in the case of Fiji we would have a contract to deliver certain services with organisations whose role it is to deliver services in countries in our region so that's standard," she said.

The tender documents say the federal government wants to contract a single service provider from mid-2016.

The facility may also run aid programs in Tuvalu.

The tender has raised eyebrows within the aid sector in Australia, with critics saying the move is indicative of ongoing problems following the merger of DFAT and AusAID.

A recent survey by the Development Policy Centre at the Australian National University of 500 aid experts found three-quarters of respondents believed the merger had a negative impact on aid staff effectiveness and had led to loss of expertise and skills.