An application will be heard in the NSW Supreme Court on Friday morning to prohibit a Black Lives Matter protest planned for Newcastle. 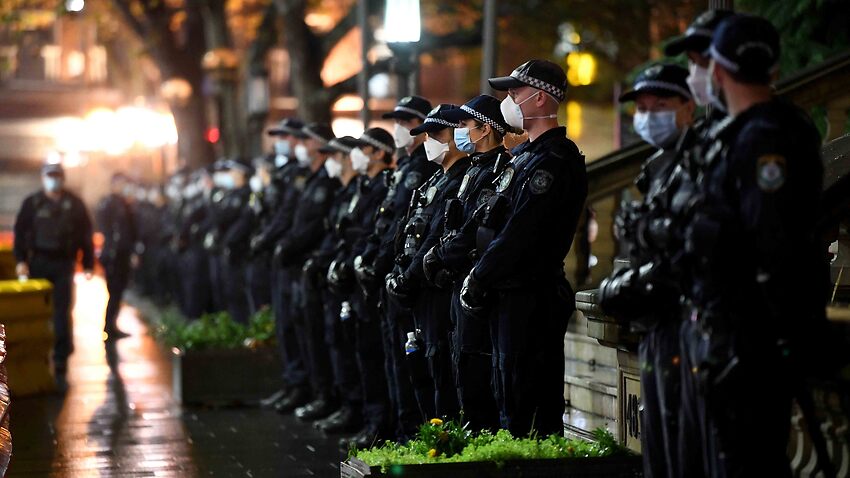 An indigenous advocacy group is calling out "systematic oppression" saying their planned Black Lives Matter protest will go ahead in Newcastle despite NSW Police efforts to unauthorise the event.

The NSW Supreme Court will consider an application by the NSW Police Commissioner on Friday morning to prohibit the protest planned for Sunday afternoon.

But event co-organiser Taylah Gray from Fighting In Solidarity Towards Treaties says the protest will go ahead either way, raising awareness of aboriginal deaths in custody.

"The BLM Movement is driven by authentic and laborious activity from the grassroots community. The formal requirements to perform a protest, to only then be denied, adds another level of exhaustion and upholds the systematic oppression faced by all members of the black community in this country," Ms Gray told AAP.

"It is not against the law to protest, regardless of the health circumstances we are in. Not a single case of COVID-19 has been linked back to protesters in NSW."

Protesters at one of the previous Black Lives Matter rallies in Sydney. Source: AAP

FISTT told AAP they provided NSW Police with a Notice of Intention to Hold a Public Assembly (Form 1) on June 24. This is needed at least seven days before an event to ensure it is authorised by NSW Police Force.

Despite meeting this requirement, NSW Police told AAP "authorisation will not be given for this protest" due to the state's COVID-19 Public Health Order.

"While many restrictions under the Public Health Act have recently eased, the Public Health Order directs public gatherings do not exceed more than 20 people while maintaining one person per four square metres," a NSW Police Force spokeswoman said.

"The NSW Police Force recognises and supports the rights of individuals and groups to exercise their rights of free speech and peaceful assembly, however, the first priority for NSW Police is always the safety of the wider community."

Criminal and Civil Solicitors principal lawyer Peter O'Brien - representing Ms Gray on Friday - says "the right to protest in a peaceful manner is the hallmark of our democracy."

"Given the subject matter of these protests, the police should be encouraged to facilitate COVID safe public assemblies because this is not just a movement, it is in testament to Australia's long standing, abominable treatment of its First Nations people," Mr O'Brien said in a statement.

The protest Facebook event indicates more than 500 will attend the event and implores sick people to stay at home.

The application is expected to be heard in the NSW Supreme Court at 9.30 on Friday before Justice Christine Adamson.