It is almost three weeks since one of many unhappy Huxley Homes customers, Will Naicker, sent an email to Day, the company’s sole director.

“Are you able to confirm that Huxley Homes Pty Ltd is in fact solvent,” the Sydney school teacher inquired.

In case there was any doubt about what he was asking, Naicker explained solvency to the Family First senator: “That is, has assets of sufficient value to cover its liabilities. As we have paid your company in full and your company has yet to complete our house, we technically have become creditors and, therefore, are entitled to query your company’s solvency.”

The Naicker family had lost patience. It was 75 weeks beyond its contracted building period of 40 weeks, and still it had no occupation certificate for its home at Beecroft.

The Naickers were in good company. Work had all but stopped on at least 56 homes in NSW, while about 20 customers of Huxley’s sister company in Victoria, Ashford Homes, were complaining.

Of 40 Huxley customers contacted by the Fair Trading department, 80 per cent said they were “dissatisfied”.

Bob Day never did respond to Will Naicker’s solvency question, but on Monday the teacher got his answer – in spades.

“Having been in business for over 40 years, I am naturally devastated by what has happened and will do whatever I can now to assist those affected by this closure."

Day announced Home Australia and its subsidiaries had gone into liquidation. All building work – on more than 200 homes across Australia – was stopping forthwith.

Huxley kept attempting to trade its way out of trouble, even though Day acknowledges it was in such bad condition that it ultimately brought down the rest of the group.

As SBS reported last week, Huxley management was openly telling clients that its funds had dried up and it could not complete their projects or guarantee refunds.

The landlord had sent Huxley an eviction notice, effective on Monday, because it was months behind on the rent. HomeWorld had also evicted Huxley from its display home sites.

Back in June, SBS reported that trade contractors were waiting months to get paid in NSW and also in Queensland. Day put his Adelaide home up as security to ensure a concreter kept pouring in Victoria.

As far back as 2012, Home Australia’s statement to the Australian Securities and Investments Commission included a warning from the company’s independent auditor casting “significant doubt on the consolidated entity’s ability to continue as a going concern”.

Its liabilities exceeded its assets by $29,931,123. And the auditor said the directors’ good will valuation for Huxley Homes of $10,065,887 should instead be written down to zero.

Customers became angry to realise that Day had bankrolled Family First while his business was in strife.
In Day’s statement on Monday – announcing both the liquidation of Home Australia and his resignation from the Senate – he suggested he acted as soon the question of solvency came into doubt. 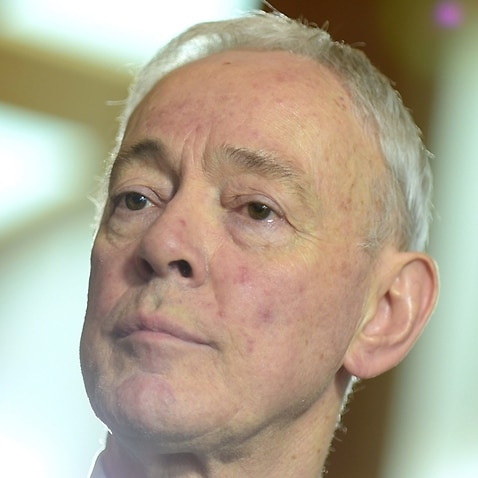 He blamed the sudden collapse of his empire on the allegedly “fraudulent” act of a Philippines-based company, which he said had claimed it was ready to take a 75 per cent stake in Home Australia. This would have ensured his group’s liquidity.

“While four members of the group all posted a profit in 2015/16, problems and losses associated with Huxley Homes (and the high price paid for the company in 2003), has seriously undermined the group’s balance sheet and ability to continue trading,” Day said in a statement.

“I entered politics in 2013 but in 2015 returned to assist the business and its advisers to either sell it or take on board an equity partner to recapitalise the company.”

Since then he had considered proposals from local, national and international groups which culminated in the signing of a contract to sell a 75 per cent stake to the Philippines firm.

Home Australia was one of a number of Melbourne-based deals worth about $200 million that company, Day said.

The funds from the buyer “would have provided the Home Australia Group with enough liquidity to trade out of its current difficulties given the more than $100 million in forward orders”. The company had produced documentation purportedly from HSBC Manila to CBA Melbourne.

“It is good to see the senator can step up to the plate and do the right thing."

“The funds to invest in Home Australia should have been transferred last week but each day there was a different excuse,” Day said. “After several high-level enquiries over recent days it became clear the HSBC-CBA document was fraudulent.

“I had based all creditor payment plans and commitments on this deal going ahead.

“Given the strict ‘trading while insolvent’ rules that apply in Australia, it would not be possible now for the business to continue operating until another buyer is found.

“Having been in business for over 40 years, I am naturally devastated by what has happened and will do whatever I can now to assist those affected by this closure. All homes under construction are covered by Home Owners Warranty insurance.

“As I have always agreed to sign personal guarantees to creditors, this closure also has serious implications for me and my family. Creditor liabilities greatly exceed our assets so we will also lose our family home.

“I built my first house in Adelaide in 1979. By 1990 Homestead was South Australia’s largest homebuilder and has been profitable every year since, for which I am very proud. But I made two big mistakes – 1. Buying Huxley Homes and 2. Going into politics without putting in place a proper management structure for the business.

“I will be working closely with the liquidator and offering a proposal to enable me to find a way to pay back every debt fully, no matter how long it takes.”

In Sydney, Huxley customer Stuart Bunt had to think about his reaction to the news of Home Australia’s liquidation.

“Yippee?” he said with a faint question mark. After all, insolvency is a trigger for customers to be paid out with home warranty insurance, so most should get their money. But Bunt was concerned that some may not be covered. And there were the unpaid tradies who would have to join the queue of creditors.

Will Naicker, the customer who had asked the solvency question, replied to SBS with “tongue in cheek”.

“It is good to see the senator can step up to the plate and do the right thing … that ultimately he is a man of character.”