The aircraft was carrying 256 passengers from Melbourne to Los Angeles when it had to make an unscheduled stop. 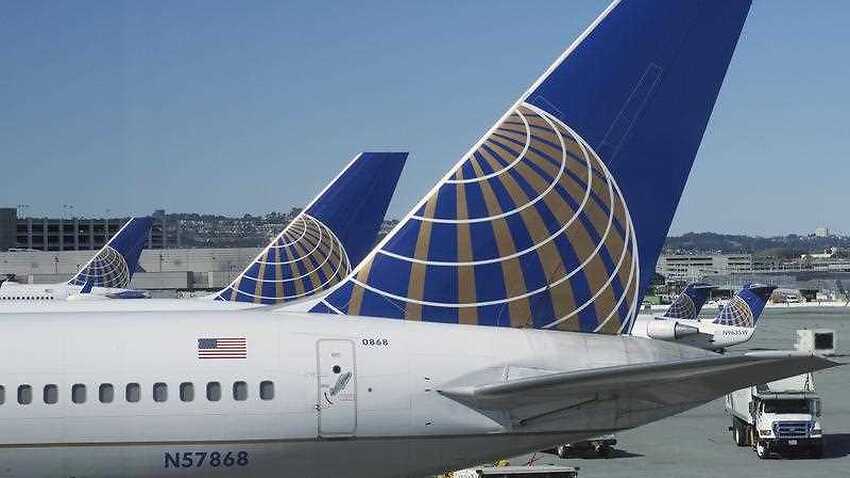 The United Airlines plane was forced to divert to New Caledonia. Source: AAP

A United Airlines Boeing 787-900 jet was diverted to the French Pacific territory of New Caledonia on Monday after reports of smoke coming from the cockpit, a local official told AFP.

The US aircraft flying 256 passengers from Melbourne to Los Angeles, touched down safely at La Tontouta airport in New Caledonia's capital Noumea.

So thankful for a SAFE emergency landing in New Caledonia from Melbourne. Smoke in the cockpit. Waiting for next steps @united #UA99 pic.twitter.com/fEvaqwZK2W

"The passengers are disembarking calmly," said the official from the local Chamber of Commerce which runs the airport.

"It seems that there was some smoke coming out of the cockpit."

An Ethiopian Airlines crash that killed 157 people on March 10 led to the global grounding of Boeing 737 MAX 8 planes.

It followed a Lion Air crash in Indonesia last October that left 189 dead, which raised major concerns about the safety certification of the 737 MAX 8 model.

The Nouvelles-Caledoniennes (Caledonian News) website reported that oxygen masks automatically dropped down in the cabin of the United Airlines plane.

The local RRB radio station said no one was hurt and all the passengers would spend the night in Noumea, 2700 kilometres northeast of Melbourne.

Meanwhile, Boeing says it has invited more than 200 global airline pilots, technical leaders and regulators for an information session as it looks to return the 737 MAX to commercial service.

The meeting is a sign that Boeing's planned software patch is nearing completion, though it will still need regulatory approval.

Over the weekend, Ethiopian Airlines executives had questioned whether Boeing had told pilots enough about "aggressive" software that pushes the plane's nose down.

The software is a focus of investigation into the deadly crash in Ethiopia this month that led to the global grounding of 737 MAX jets.

Boeing said the information session in Renton, Washington DC on Wednesday is part of a plan to reach current and future 737 MAX operators and their home regulators to discuss software and training updates to the jet.

Garuda Indonesia on Friday said it planned to cancel its order for 49 of the 737 MAX jets, citing a loss of passenger trust after the crashes.

"We were informed (of the briefing) on Friday, but because it is short notice we can't send a pilot there," Garuda CEO Ari Askhara told Reuters, adding the airline had requested a webinar with Boeing but that idea had been rejected.

A Boeing spokeswoman said the Wednesday event was one of a series of in-person information sessions.

Lion Air Managing Director Daniel Putut said Boeing had informed the airline of the Wednesday meeting but it might not attend. He declined to provide further comment.

Ethiopian Airlines did not respond immedidately to a request for comment about the meeting.

The 737 MAX is Boeing's best-selling plane, with orders worth more than $US500 billion at list prices.

Teams from the three US airlines that own 737 MAX jets participated in a session in Renton on Saturday reviewing a planned software upgrade.