A year after California legalised marijuana, high taxes and onerous regulations are choking sales of licenced weed. But investors and workers are banking on bigger opportunities ahead.

‘I’m done... I think,’ she says, exhausted but relieved to have completed the process which requires answering to six different regulators. 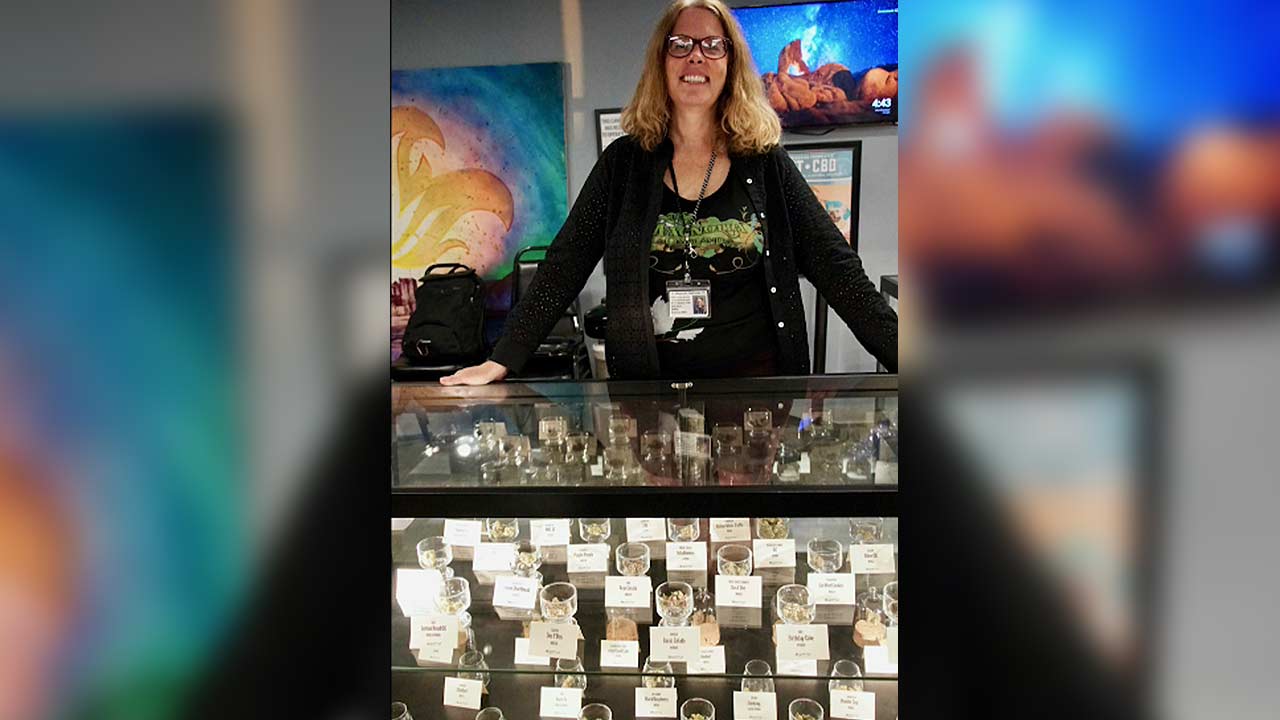 Like many, she’s frustrated by burdensome regulation and heavy taxes that have seen California’s first year of legal sales fall well short of the hype.

“What small business can afford to roll like that?”

On the day of her interview with SBS News, her store has a steady stream of customers.

Her expansion plans, and the enthusiasm among entrepreneurs she’s invited to demonstrate products tell a different story - one of great expectations still unfulfilled. 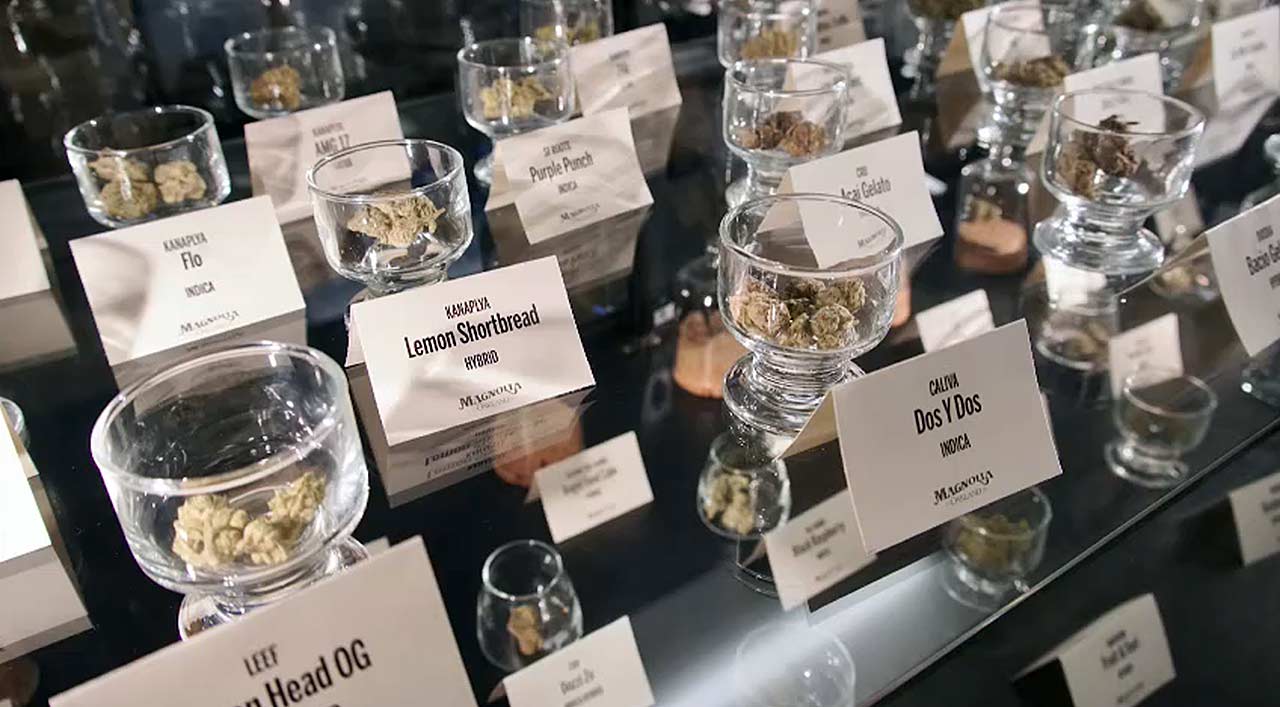 Excitable engineer Seibo Shen shows off a sleek-looking ‘premium luxury,’ vaporiser which he describes as "designed for the cannabis enthusiast, as well as the new cannabis curious".

“We’re hoping to get to $10 million this year,” he said when asked about sales targets.

Billions are pouring into large-scale cannabis ventures, including from major players in industries the drug competes with, like alcohol and tobacco companies.

“We’ve not seen anything like this since the end of the prohibition on alcohol,” note industry analysts Arcview in a research paper talking up the boom. 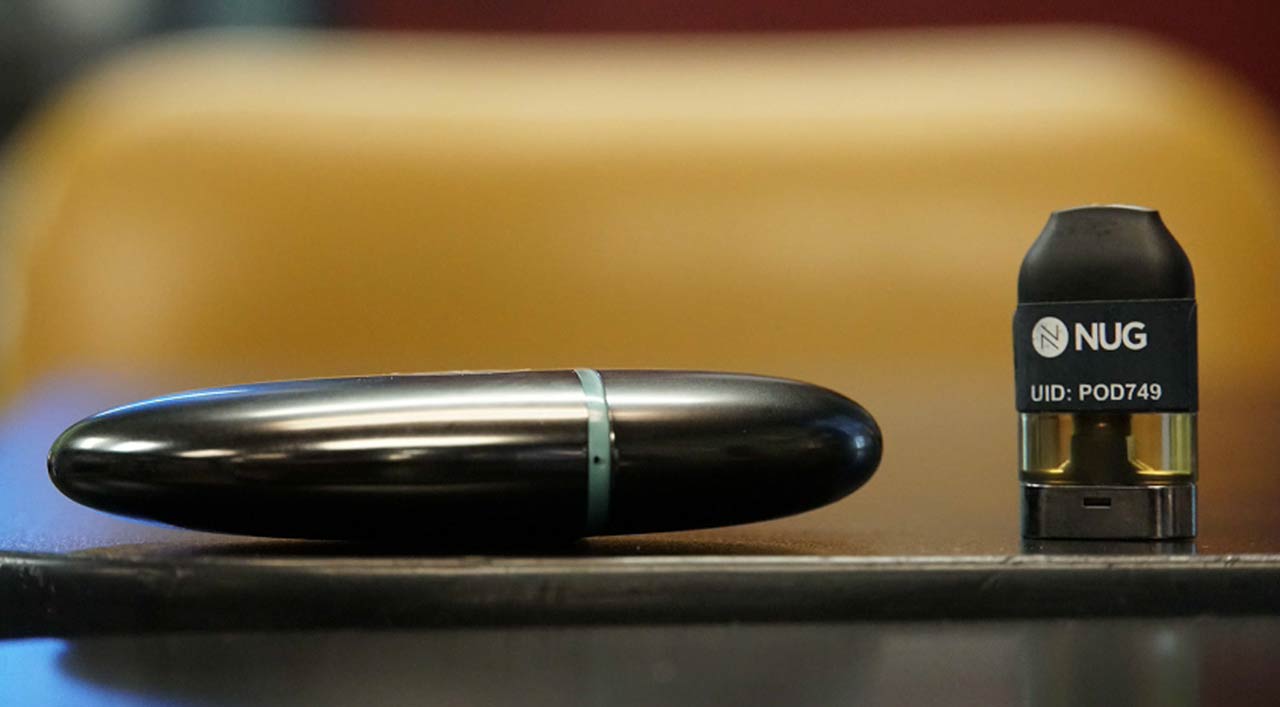 A new crop of cannabis careers

Last month Michigan became the 10th US state, in addition to the District of Columbia, to legalise recreational marijuana.

Thirty-three American states have medical use schemes, and the expectation of continued expansion is seeing an explosion in cannabis-related jobs.

“The sector currently employs 120,000 Americans, and we expect that to grow to 290,000 by 2021,” said David Abernathy, Vice-President of Data and Government Affairs at Arcview Group, a cannabis investment and analysis firm.

What small business can afford to roll like that?

“Those jobs tend to be really quite good jobs,” he said, citing prospects for advancement and employee benefits like health insurance and retirement saving plans.

“Bud-tenders at dispensaries... farmers actually dealing with cannabis crops themselves, HR companies that deal specifically with cannabis companies, agricultural technology companies…opportunities across the board really.”

Chanel Durley, the former yoga instructor marketing tea, believes the key is growing acceptance, in particular, the "de-stigmatisation of cannabis for wellness." 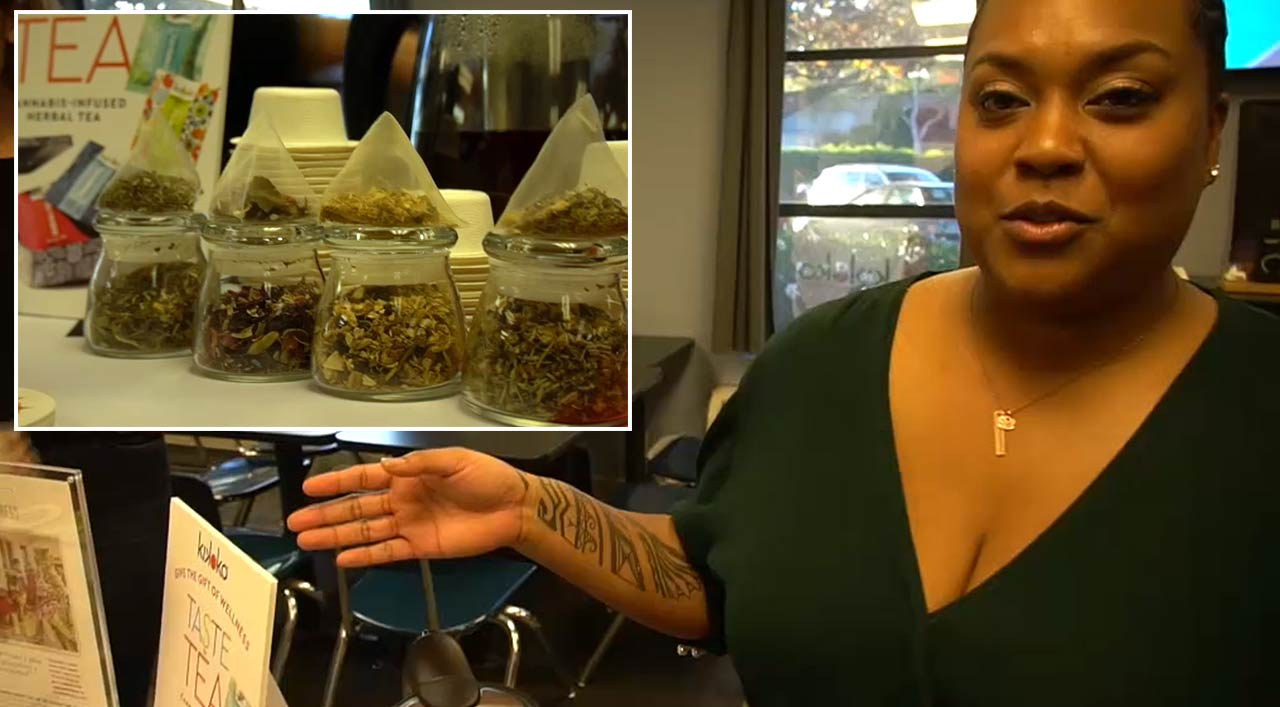 “I’m also a patient, and (the job) felt like a natural fit for me,” Ms Durley said.

“It will be a growing part of the economy, absolutely.”

But legalisation has failed to deliver the immediate economic impact hoped for.

In the first half of 2018, after California’s recreational legalisation took effect, the state banked on marijuana sales delivering a $185 million tax windfall.

Sales, however, have been much lower than predicted and the state took in just $82 million.

“The taxes in California are just entirely too high,” Mr Abernathy said.

“It begins with a $9.25 per ounce cultivation tax paid by the farmer, and continues down the supply chain, with distribution, and local taxes too. 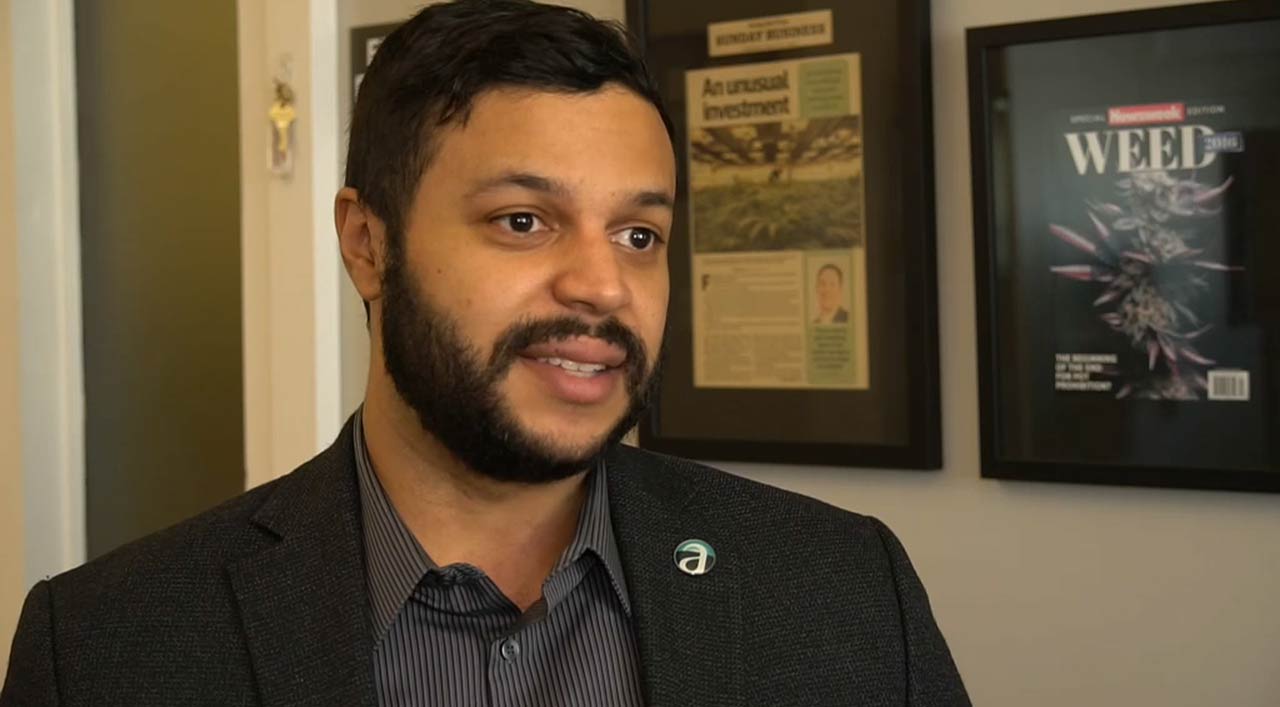 “The net result (is) legal cannabis being somewhere between 75 and 100 per cent more expensive than cannabis on the illicit market,” he said.

Because California has a well-developed street cannabis market, consumers unwilling to pay the high store prices can easily obtain it elsewhere for less - meaning that for now, legalisation is having exactly the opposite effect to what it was designed to achieve.

“That was the intention, to eliminate the black market,” said cannabis grower John Foley, who owns a farm in Nevada County, several hours north of San Francisco.

“I think, everyone just got a little bit greedy," he said.

Mr Foley, who has long grown marijuana for medicinal markets, says legalisation was meant to offer smaller growers like him the opportunity to carve out a niche 'artisan’ markets, similar to wine, craft beer, and locally-grown produce. 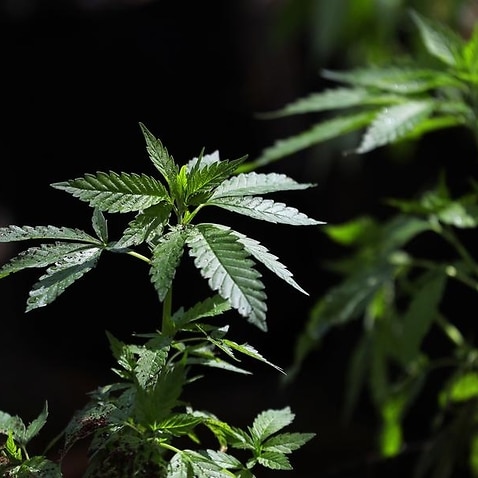 But the myriad of state and county-level restrictions advantage big businesses who can spread compliance costs, and smaller operators like him are either being shut out of the industry they helped build or forced underground.

“Most of them don’t have the choice, they’re forced into the black market," he said. 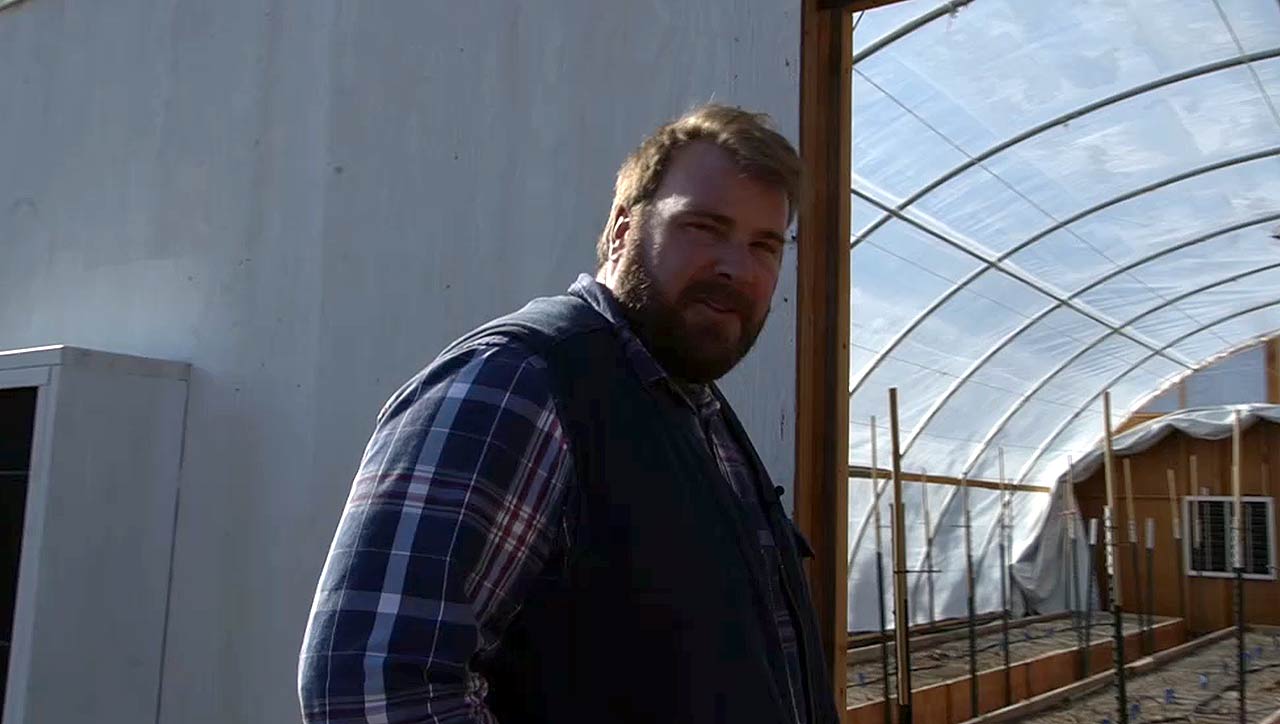 Legalisation lessons for Australia and elsewhere

While some cannabis products are available in Australia under a strictly-controlled medicinal use scheme, the "de-stigmatisation" Chanel Durley has observed in California appears some way off.

Most doctors are banned from prescribing cannabis treatment and people who have attempted to gain state and federal approval report being arbitrarily refused.

Several Australian states have decriminalised marijuana use or divert users to education programs. The Greens are the only party to advocate for recreational legalisation.

If that does ever happen, dispensary owner Debby Goldsberry says there are lessons in California’s experience - don’t over-regulate. 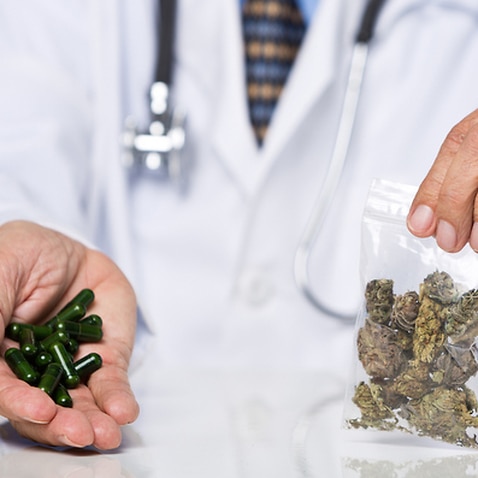 “It’ll take years to smooth things out,” she said.

She finishes with a sentiment which explains much of the current enthusiasm among entrepreneurs, and career-minded workers.

“The time is now to get into the cannabis business because it's not easy, you’re not going to get anything on a platter.

“If you have an entrepreneurial spirit, if you’re tough, you actually have a leg up.”