The frontrunner to be the next UK prime minister, Boris Johnson, is facing continued questions over his personal life, after talk of a late night squabble.. 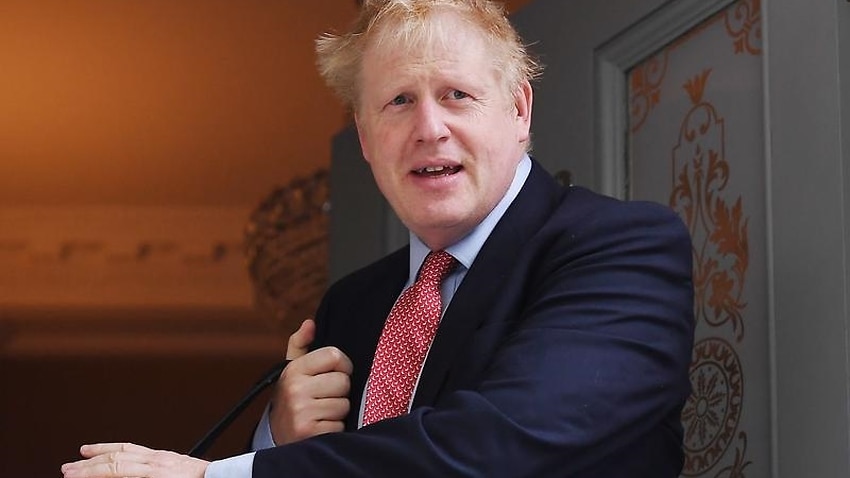 Boris Johnson, candidate to be the next UK PM, is getting distracted by personal life questions. (AAP)

Tory leadership frontrunner Boris Johnson faced continued questions about his personal life as he attempted to shift the focus back onto plans for his premiership.

Mr Johnson has struggled to get his campaign back on track since police were called to a late-night quarrel at the home he shares with partner Carrie Symonds.

He said it was "simply unfair" to "drag" his loved ones into the political arena.

He used a series of broadcast interviews to set out his plans for Brexit, insisting that the shock of the European election results would force both the Tories and Labour to acknowledge that the current impasse could not continue.

"It's time this country frankly stopped being so down about its ability to get this thing done," he said.

He categorically ruled out another Brexit extension, telling TalkRadio the UK would leave the EU by October 31 "do or die".

But, on LBC Radio, he was repeatedly challenged about his personal life and whether his campaign was behind the release of a picture of him with Ms Symonds in an attempt to show their relationship was going strong.

Asked where the photograph had come from, Mr Johnson said: "The longer we spend on things extraneous to what I want to do ... the bigger the waste of time."

In testy exchanges, he said there are "all sorts of pictures of me out on the internet which pop up from time to time".

When host Nick Ferrari suggested his hairstyle indicated it was an old picture, he said: "This conversation is now descending into farce."

On Brexit, Mr Johnson said "politics has totally changed" since March 29 and "we are staring down the barrel of defeat" which would focus minds in Parliament.

He told LBC: "People are looking at this thing and thinking 'Parliament is just not going to do this'. But, actually, I think they are."

He said that "it is vital as a country that we get ready to come out without an agreement if we must" but argued that it would be "bizarre" for the European Union to impose tariffs on trade in that event if the two sides were looking at a future deal.

The former Vote Leave leader, who hopes to become prime minister, also called for a "commonsensical" no-deal Brexit to be left on the table to allow the "incubus" to be "pitchforked off the back of British politics".

Police called by worried neighbours after his partner was heard screaming and shouting "get off me".

On the BBC, Mr Johnson said: "I do not talk about stuff involving my family, my loved ones.

"And there's a very good reason for that. That is that, if you do, you drag them into things that ... in a way that is not fair on them."