British Prime Minister Boris Johnson has ordered pubs and restaurants across the country to close as the government pledged to cover workers' wages.

British Prime Minister Boris Johnson has effectively closed down the UK, ordering pubs, restaurants, theatres, cinemas and gyms to shut their doors as his government vowed to cover workers' wages.

As the coronavirus outbreak sweeps across the world, governments, companies and investors are grappling with the biggest public health crisis since the 1918 influenza pandemic.

Johnson said he understood just how wrenching it was to take away the ancient rights of the British people to go to the pub, but it was absolutely essential to slow the spread of the coronavirus.

"I do accept that what we're doing is extraordinary: we're taking away the ancient, inalienable right of free-born people of the United Kingdom to go to the pub, and I can understand how people feel about that," Johnson said on Friday.

"It's a huge wrench to do that, everybody understands that. 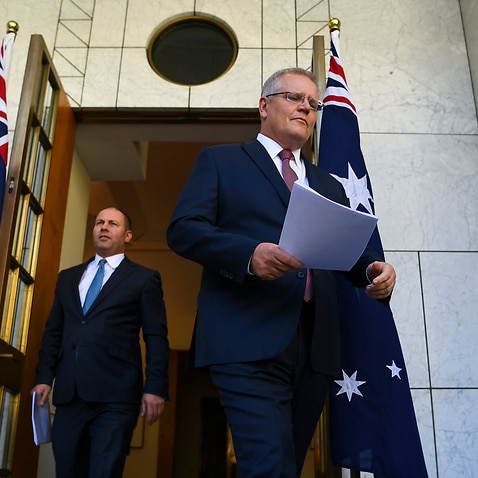 "It's heartbreaking to think of the businesses that will face difficulties as a result of the measures this country has had to take."

The UK so far has 3983 confirmed cases of coronavirus, after 66,976 people were tested, though the government's scientists say it is raging across London, partly as some people are not obeying government advice to isolate. 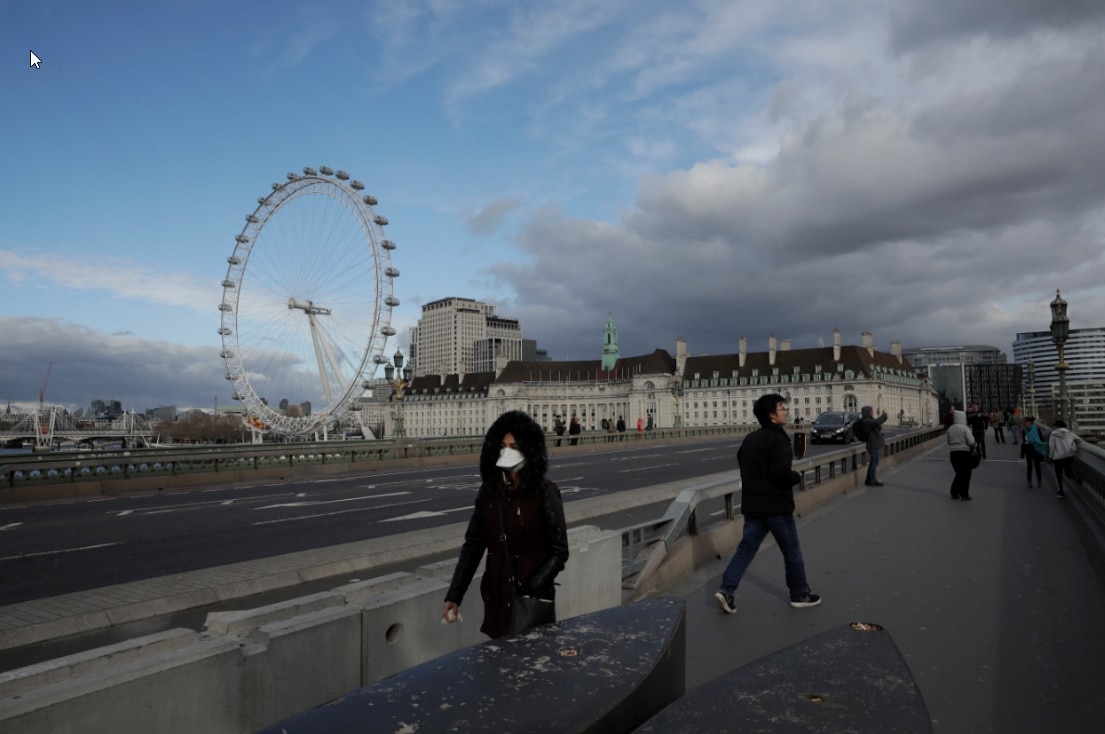 A woman wearing a face mask walks over a near empty Westminster Bridge backdropped by the London Eye ferris wheel in central London.
AAP

At total of 177 people with the virus have died so far.

Johnson's finance minister Rishi Sunak launched a gigantic stimulus package to stabilise Britain's virus-hit economy on Friday, including the government paying the wages of workers up and down the country.

"Today I can announce that for the first time in our history the government is going to step in and pay people's wages," Sunak said.

Sunak, who announced a series of other measures earlier this week to help companies, said the government would give grants to cover 80 per cent of workers' salaries - up to a value of STG2500 ($A5010) a month each - if businesses kept them on staff. Sunak also said businesses would be allowed to hold on to STG30 billion ($A60 billion) of value-added tax, which they would normally pass on to tax authorities over the next three months, in order to help their cash flow.

"That is a direct injection of over 30 billion pounds of cash to businesses, equivalent to 1.5 per cent of GDP," he said at a news conference.

Sunak said there would be no financial limit to the size of the plan and the grant system for helping meet the wages of workers would be up and running by the end of April.