US rapper Macklemore has responded to criticism from 'No' campaigners, including Tony Abbott, after a petition called to ban him from performing his smash hit, 'Same Love', at the NRL Grand Final on Sunday.

Speaking on US radio show The Cruz Show, Macklemore said he had received tweets from "angry old white dudes in Australia" after it was announced he would be performing his song, 'Same Love', that discusses LGBTQI rights.

“I’m actually going out to Australia to perform at kind of the Super Bowl of their rugby league,” he said.

“So I’m getting a lot of tweets from angry old white dudes in Australia. Today I think there is a petition to ban me from playing. It’s interesting times in Australia and I’m heading on a flight over there later tonight.” But the controversy seems to have made the rapper more determined to stand up for what he believes in.

Macklemore's hit 'Same Love' was recorded during the campaign to legalise same-sex marriage in Washington State in 2012.

Former NRL player Tony Wall is lobbying against the song being performed before the final and has written a petition to NRL boss Todd Greenberg to “take LGBTIQ politics out of the NRL”.

“It will be very difficult to watch the NRL Grand Final with my wife and five young children as the event will be heavily politicised with a LGBTIQ anthem taking centre stage,” he writes in the petition. “My family and many other loyal NRL fans, who are No voters, will not feel comfortable watching the Grand Final when the NRL is imposing such a bold political stance on its fans while the issue is currently being voted on by the Australian people.”

Mr Abbott tweeted his support for the petition.

“Footy fans shouldn't be subjected to a politicised grand final. Sport is sport!” he said.

However, one of Tony Abbott's senior colleagues Attorney-General George Brandis insists Same Love is one of the singer's chart-topping songs and popular artists regularly sing at sporting finals.

"For Mr Abbott and anyone else to say that it should be banned I think is a bizarre thing to say. I thought Mr Abbott believed in freedom of speech," he told ABC TV on Thursday.

One Nation leader Pauline Hanson said Australians were tired of the same-sex marriage issue and wanted a home grown artist to play at the final.

“I think people have had it up to here with the same sex marriage issue,” she told Seven's Sunrise.

“We’ve got so many other great artists in this country that we could actually put up there.”

The NRL website lists Macklemore as the only half-time entertiainment during the Grand Final.

The Grammy winner will fly over from the US for the one-off performance.

No campaigners - The Coalition for Marriage - backed the petition as well.

“Australian sports fans just want to watch the footy without being force-fed LGBTIQ messages at the game,” spokesman David Goodwin said in a statement.

“Sport is something that unites all Australians, so it is pretty bizarre that the NRL would choose to use its half-time entertainment to push a message which it knows millions of Australians disagree with."

Mr Greenberg said Macklemore would be playing four of his biggest hits including 'Same Love'.

Speaking with 2GB Radio, he denied the NRL was making a political statement. 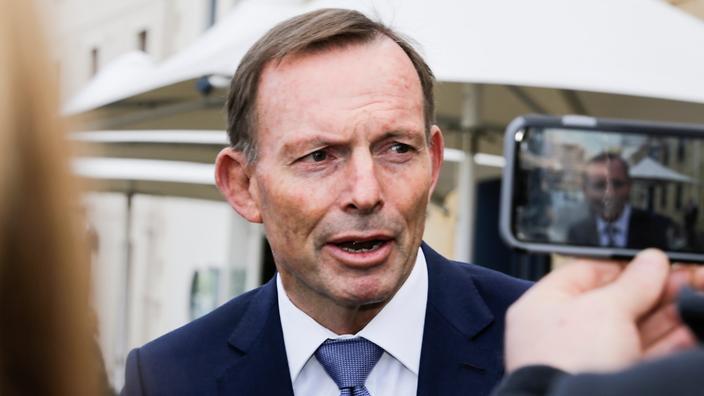 Tony Abbott tweeted his support for the petiton.
AAP

Mr Greenberg felt it would be hypocritical of the NRL to be promoting inclusivity while not delivering on it.

“We’ve made our position pretty clear – I don’t expect everyone to agree on that.” 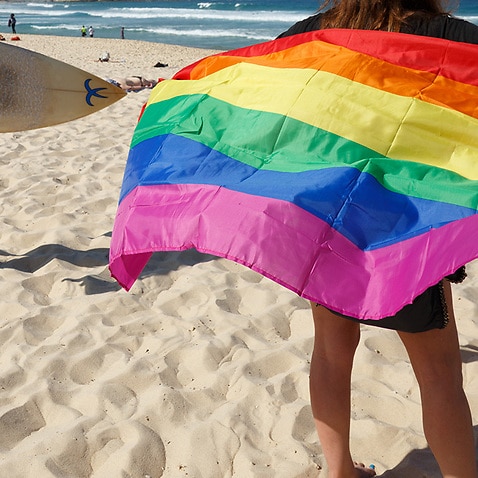 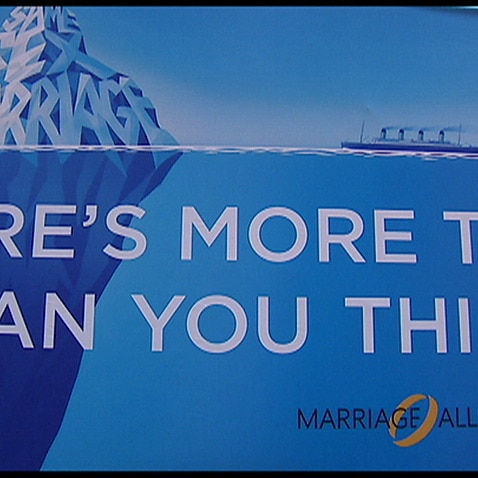 In pictures: same sex marriage celebrations around the world