The vaccine sceptic far-right Brazilian president was temporarily suspended from both Facebook and YouTube after his comments. 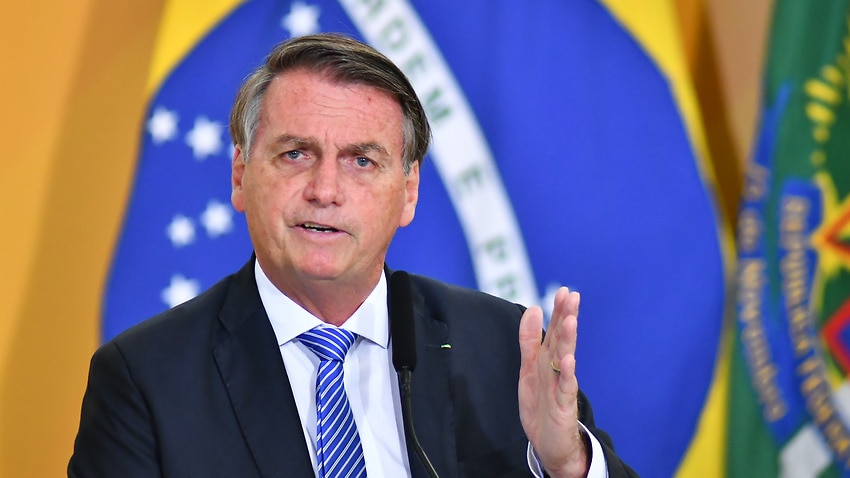 A Brazilian Supreme Court justice has ordered a probe be opened into President Jair Bolsonaro for having said during a live broadcast on multiple social media platforms in October that COVID-19 vaccines may raise the chance of contracting AIDS.

Mr Bolsonaro, who has refused to take the vaccine, was temporarily suspended from both Facebook and YouTube after his comments.

The decision by Justice Alexandre de Moraes came in response to a request from a Senate investigative committee, known in Portuguese as a CPI, which found in October that Mr Bolsonaro committed nine crimes related to his widely criticised handling of the coronavirus pandemic, including crimes against humanity.

According to the Joint United Nations Programme on HIV and AIDS, COVID-19 vaccines approved by health regulators are safe for most people, including those living with HIV, the virus that causes the acquired immunodeficiency syndrome known as AIDS.

The CPI had already handed over its roughly 1,300-page report to the office of Brazil's prosecutor-general (PGR) in October, though few expect any significant action given that the nation's current top prosecutor was appointed by Mr Bolsonaro.

In practice, Mr de Moraes' decision implies that he will be closely supervising the PGR probe, as the Supreme Court does not conduct its own investigations.

"In order for judicial supervision to be carried out in an effective and comprehensive manner, it is indispensable that documents be presented showing the status of the investigation in question," Mr de Moraes said.