Breakdancing will make its Olympic debut in 2024. These Australians can't wait

The Tokyo Olympics may now be over, but for Australian breakdancers excited to see the sport make its debut at the Games in 2024, things are just getting started. 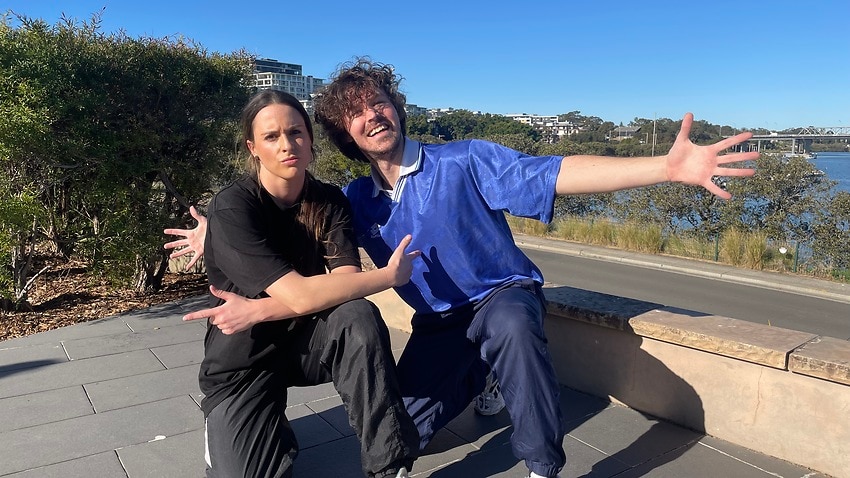 Ba Duc Hoang was six years old when his sister brought home a videotape of someone breakdancing.

He was instantly hooked and would spend hours on end trying to copy the dancer in the video.

Now, many years later, the western Sydneysider, better known in the breaking scene as 'Mighty Duck', has an Olympic dream.

It was confirmed late last year breakdancing is being added to the Summer Games and will debut at Paris 2024.

Duc is determined to represent Australia.

“During the last COVID lockdown, my weight was 93 kilos. When I found out that breaking would be part of the Olympics, I thought ‘this is something I want to pursue'. Within six months I dropped 27 kilos,” he told SBS News.

While Duc’s passion wasn't initially welcomed by his family, he now has his mother's blessings.

“Coming from an Asian family, they would say ‘you can’t dance, you have to work’,” he said.

“I’ve been doing this for 15 years now. When I told my mum ‘I’m going to try and join the Olympics’, she said: ‘okay, just don’t hurt yourself'.”

Breakdancing was born in New York City, incorporating African American, Latino and Caribbean culture, and exploded in the 1980s.

International competitions were first held in the decade that followed and it made its first Olympic appearance at the Youth Olympic Games in Buenos Aires in 2018.

“Having watched breaking at the Youth Olympics in Buenos Aires, it is exceptionally athletic – as athletic as any of the other sports in the Olympic Games,” he said.

Paris Games organisers were drawn to breakdancing’s potential to attract a younger fanbase and grow the Olympic audience in the internet age.

“What attracted us to this sport was its ability to attract the youth,” Paris 2024 chief Tony Estanguet told Reuters last year. “It’s a sport that is widely watched on all digital platforms and widely consumed by young people.”

Australian Breaking Association president Lowe Napalan has seen the power of the sport to bring people together.

“Some of my friends are ten years younger than me and that’s because of breaking,” he said. “It attracts all ages, all different kinds of people, even people with disabilities. It’s awesome.”

Lowy Napalan is the president of the Australian Breaking Association Source: photography.JNY

He says there are between 300 and 400 competing breakers in Australia.

But with most events being self-funded and costing a minimum of $1,500 to run, many competitions across Australia in the past year and a half have been put on hold due to the pandemic.

“We gather, we feed off each other, we experience things together, so that’s difficult in itself. In terms of running events, it’s even more difficult,” he said.

Dr Rachael Gunn is a lecturer at Macquarie University with a PhD in cultural studies - but on the dance circuit, she’s also known as 'Raygun' and was Australia’s top-ranked female breaker in 2020.

Dr Gunn says breakdancing is a welcoming space, and there is potential for fanfare to grow during the 2024 Games.

“It’s a really communal dance style. You learn from each other, you teach each other. Everyone’s got a different skillset and approach to the dance,” she said.

She said while the scene is still very male-dominated, the Paris Olympics will present an equal opportunity for women to compete.

“That [will be] a great opportunity for women to be respected in their own right, not just always being compared to boys.”

Share
Published 9 August 2021 at 6:00am
By Tys Occhiuzzi
Topics
Australia