The National Breast Cancer Foundation has awarded 16 Australian projects a slice of $10 million in efforts to halt all breast cancer deaths by 2030.

An Australian breast cancer charity has awarded $10 million to research into treatment and early detection in a push to meet an ambitious target of zero breast cancer deaths by 2030.

The National Breast Cancer Foundation has picked 16 research projects to fund from among a hundred prospective applicants to its annual grants program.

Eight women die and a further 53 are diagnosed with breast cancer in Australia every day.

And though survival rates have improved, rising from just 76 per cent in 1994 to 91 per cent, the number of new cases has also increased.

We can’t change the future of breast cancer without you.
From sharing your stories to helping at events, our volunteers are with us every step of the way towards 2030. Together, we’re stopping breast cancer in its tracks. #ZeroBy2030 #NVW2020 #Volunteering pic.twitter.com/uxAqqZ3iTE

Without research, every step of Lindy Lifszyc's fight against cancer would have been very different.

"Research let me have a double mastectomy and simultaneous reconstructive surgery in one operation," Ms Lifszyc said.

While a scalp cooling technology let the Melbourne mum of three keep enough hair for a thin ponytail.

"It sounds trivial but it stopped me looking like a cancer patient. I could pick up my kids from school and do the shopping - normal things - while on chemo," the mother of three said.

Now 44, she was diagnosed with early-stage breast cancer just before Christmas in 2015 after noticing a lumpy area in her right breast.

Despite having a mammogram six months earlier her GP scheduled an ultrasound which showed two suspicious lumps. 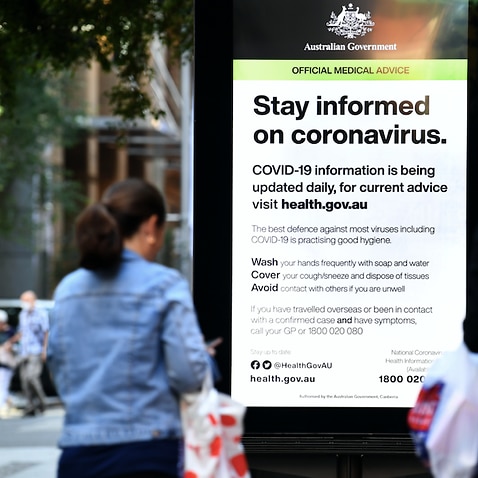 Surgeons would go on to remove 12 tumours spanning six centimetres in total.

Ms Lifszyc encourages women to listen to their bodies and take advantage of the different tests available.

"I try to impart the importance of also having ultrasounds, particularly for women with dense breast tissue. The mammogram didn't show the cancer but it could be seen on an ultrasound or MRI," she said.

Following her final session of radiation therapy, she held a cocktail party at her home in Melbourne, raising $23,000 for NBCF.

The charity's chief executive said community donations are vital to the foundation's financial health, particularly during COVID-19, which has made fundraising "very challenging". "We've had to reinvent the way we do things. With no events, we're fortunate different corporate partnerships and major donors have stepped up," she said.

Research has also geared down with labs shut due to social distancing and a university funding shortfall after an exodus of international students.

University of Queensland researcher Robert Mazzieri is testing a new vaccine to boost the body's own immune response against breast cancer when combined with other immunotherapies.

"It's for triple-negative and brain metastatic breast cancers which tend to have poor outcomes," Professor Hoskings said.

She's also intrigued by a study of protein JNK, which both spreads cancer and protects against it within healthy breast tissue.

David Croucher, of the Garvan Institute of Medical Research in NSW, believes a "scaffold protein" which controls the activity of JNK could be targeted by a drug and inhibit the growth of cancer cells.

Professor Hoskings says her organisation's goal to end breast cancer deaths by 2030 was audacious but could be done.

"Through the community's generosity we've been able to keep funding these projects which go on to save lives," she said.