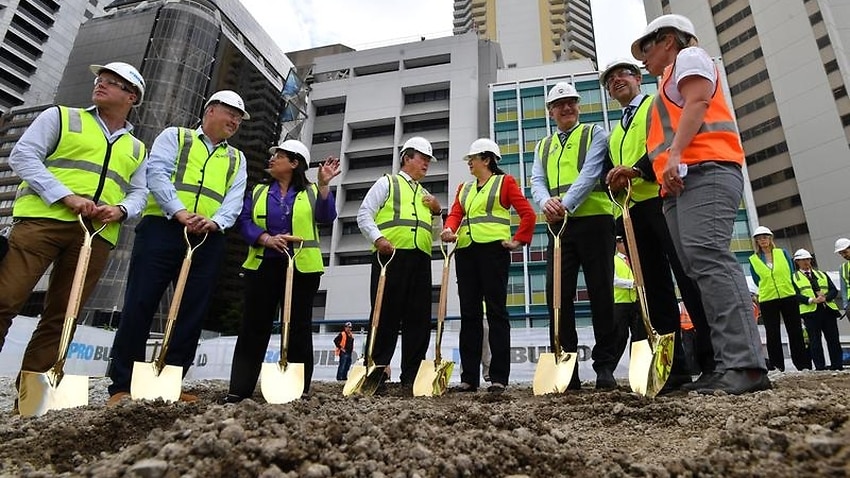 Annastacia Palaszczuk, 4th from right, has turned the first sod on the Queen's Wharf project. (AAP)

Construction on Brisbane's Queen's Wharf development has officially begun, more than a year after the project started with demolition works in late 2016.

The state government's old Executive Building was among structures knocked down on the site, which will be home to the much-touted $3 billion development.

Premier Annastacia Palaszczuk turn the first sod on the project on Thursday afternoon, marking the official start of construction works.

"This is going to be a jobs bonanza, and with the opening of the second airport runway, we are going to see the ability to bring even more tourists here to Queensland," the premier told reporters.

"This is a huge game-changer for Brisbane."

At the heart of the precinct will be a six-star casino resort run by Star Entertainment group, as well as a number of other hotels, restaurants and public spaces.

Star and TAFE Queensland have already set up the Queensland Hotel and Hospitality School specifically to train hospitality workers for the resort.

Most of the next two years of the project will be excavation works for the massive foundations of the buildings, with around 450,000 cubic metres of dirt to be hollowed out to a depth of 26 metres below George Street.