Prime Minister Theresa May's Brexit deal has been defeated in the British House of Commons, with politicians voting emphatically against the proposal.

Britain crashing out of the European Union with no deal in place is becoming an increasingly likely scenario, Germany's foreign minister said, after parliament in London rejected an agreement thrashed out by Prime Minister Theresa May and EU leaders.

"With this (parliamentary) decision, we are getting closer and closer to a no-deal scenario," said Heiko Maas, accusing the UK of "gambling carelessly with the well-being of citizens and the economy".

"Unfortunately, I can only say that at the moment Germany has prepared for all the worst cases as well as possible."

However, he added that he still hoped Britain could avoid a "disorderly" Brexit.

The comments come after British MPs rejected Prime Minister Theresa May's Brexit deal for a second time, plunging Britain into complete uncertainty with just over two weeks to go until its scheduled date of departure from the EU.

The House of Commons voted by 391 to 242 to reject the divorce deal, even after May secured further guarantees from Brussels over its most controversial elements.

The move risks unleashing economic chaos, as Britain is scheduled to end ties with its biggest trade partner after 46 years on March 29, no matter what. Appealing to MPs in a voice half-breaking due to a cold, May had urged them to avoid the "economic shock" of leaving without an agreement.

But she also warned eurosceptics, many of whom have campaigned to leave the EU for their whole careers, that if her deal failed, so might Brexit.

May has promised to allow MPs to vote on a "no deal" option on Wednesday and if that is rejected, to decide on Thursday whether to ask the EU to delay Brexit.

"If this vote is not passed tonight, if this deal is not passed, then Brexit could be lost," she said before the vote.

However, eurosceptics believe the deal is so bad it is worth the risk of leaving with no plan.

"We must take what now seems to be the more difficult route but in the end the one that preserves our self-respect," said former foreign minister Boris Johnson, a favourite to succeed May if she steps down.

"It is to leave on March 29 as required by law and to become once again an independent country able to make our own choices."

The EU's chief Brexit negotiator Michel Barnier said the bloc had done all it could to help win approval for a divorce deal, after British lawmakers overwhelmingly rejected it for a second time.

"The EU has done everything it can to help get the Withdrawal Agreement over the line. The impasse can only be solved in the UK. Our 'no-deal' preparations are now more important than ever before," Barnier tweeted.

The EU has done everything it can to help get the Withdrawal Agreement over the line. The impasse can only be solved in the #UK. Our “no-deal” preparations are now more important than ever before.

British opposition leader Jeremy Corbyn declared the Brexit deal "dead" after it was voted down by a massive margin of MPs, and called on the government to adopt his proposals for a softer Brexit.

"Their deal, their proposal, the one the prime minister's put is clearly dead," the Labour Party leader told parliament.

A spokesman for Donald Tusk, the president of the European Council, said he regretted the result, but warned that from Brussels' viewpoint "it is difficult to see what more we can do".

"With only 17 days left to 29 March, today's vote has significantly increased the likelihood of a 'no-deal' Brexit," the spokesman said.

Following the vote, a spokeswoman said EU members would consider a "reasoned" request from Britain to delay Brexit.

"Should there be a UK reasoned request for an extension, the EU27 will stand ready to consider it and decide by unanimity," a spokeswoman for European Commission President Jean-Claude Juncker said.

Should the UK hand in a reasoned request for an extension, I expect a credible and convincing justification. The #EU27 will consider the request and decide by unanimity. The smooth functioning of the EU institutions needs to be ensured.

Hundreds of demonstrators protested outside Britain's parliament in rival camps on Tuesday, divided by Brexit but united against the deal that was overwhelmingly voted down by MPs.

Parliament's vote against the deal raises the possibility both of Brexit being delayed - perhaps indefinitely - and of Britain being forced to leave the European Union without an agreement. John Wilkins, a professor of ancient Greek who often travels across Europe to give lectures, said he believed Britain must "learn with our neighbours".

Pat Gillies, 60, was worried that "phone charges would go up" for Britons visiting Europe and that they would no longer be allowed to "take our pets away" on holiday.

Emma Knaggs, 37, gave up her "well-paid" job in telecoms to become a full-time anti-Brexit volunteer, and was outside parliament hoping to defend her "freedom of movement" rights.

"My whole family benefited from EU citizenship: my parents lived for 28 years in Belgium and I was born there," she said. "I wanted to do something else with my life and realised Brexit was the thing I cared the most about."

'We must leave the EU'

Security was also a major concern for anti-Brexit protester Peter Benson, 55, who was born near Dublin but has lived in the United Kingdom for 35 years.

"I think terrorism could return to the UK if there's a Brexit," he said, referring to explosive packages found in London and Glasgow last week and claimed by a group calling itself the Irish Republican Army (IRA). 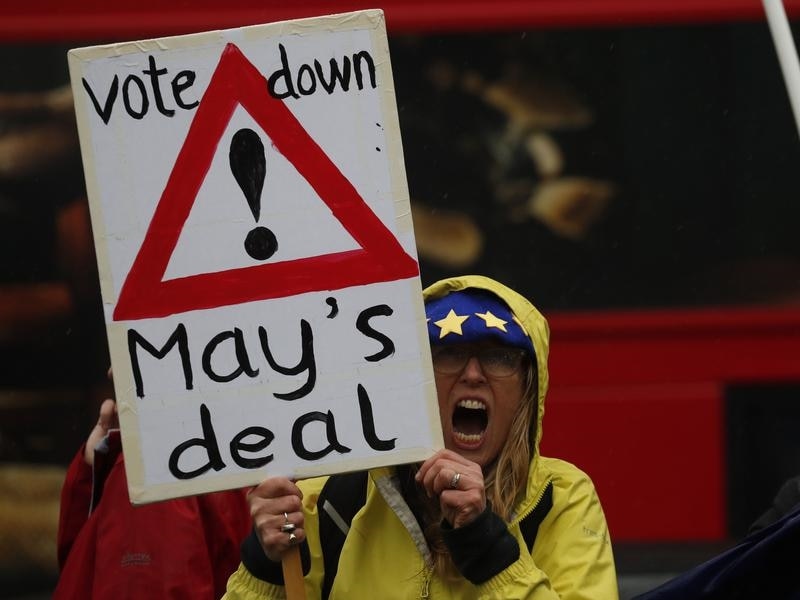 In the middle of the pro-EU crowd, around twenty pro-Brexit supporters fought to make themselves heard, some concerned May's deal would have maintained too close relations with the EU.

"We voted to leave the EU so we must leave the EU, we're a democracy," said Suzanne Nicholson, who vowed to keep making the 185 mile (300km) trip from Yorkshire to Westminster to demonstrate "until we're out".

Harriett, a retired Londoner, hoped that Brexit would solve overcrowding in London.

"I hope leaving the EU will change London, London is very overpopulated, we want to get many people to leave," she said.

"I don't usually demonstrate, I have to do my bit... because I'm a leaver."

Not a single change

After MPs first rejected the 585-page Brexit deal in January, May promised changes to the hated backstop plan which is intended to keep open the border with EU member Ireland.

Weeks of talks failed to make a breakthrough, but May made a last-minute trip to Strasbourg to meet EU leaders on the eve of the vote.

She announced she had secured the promised "legally binding changes" to the backstop, which would keep Britain in the EU's customs union if and until a new way was found to avoid frontier checks.

I think we need a 2nd referendum, now that the truth about what Brexit really means has come out. If she’s not prepared to do that then she doesn’t care enough about the country to be leading it #TheresStillTime

Hours later, however, Attorney General Geoffrey Cox said the additions would not completely allay MPs fears of being trapped in the arrangement forever.

It did not take long for Brexit-supporting MPs in May's Conservative party, and her allies, Northern Ireland's Democratic Unionist Party (DUP), to declare their opposition.

Some eurosceptics did change their mind, urging their colleagues not to risk everything.

Former minister Edward Leigh said: "You may not like the deal, it's not perfect, but it delivers Brexit and let's go for it." 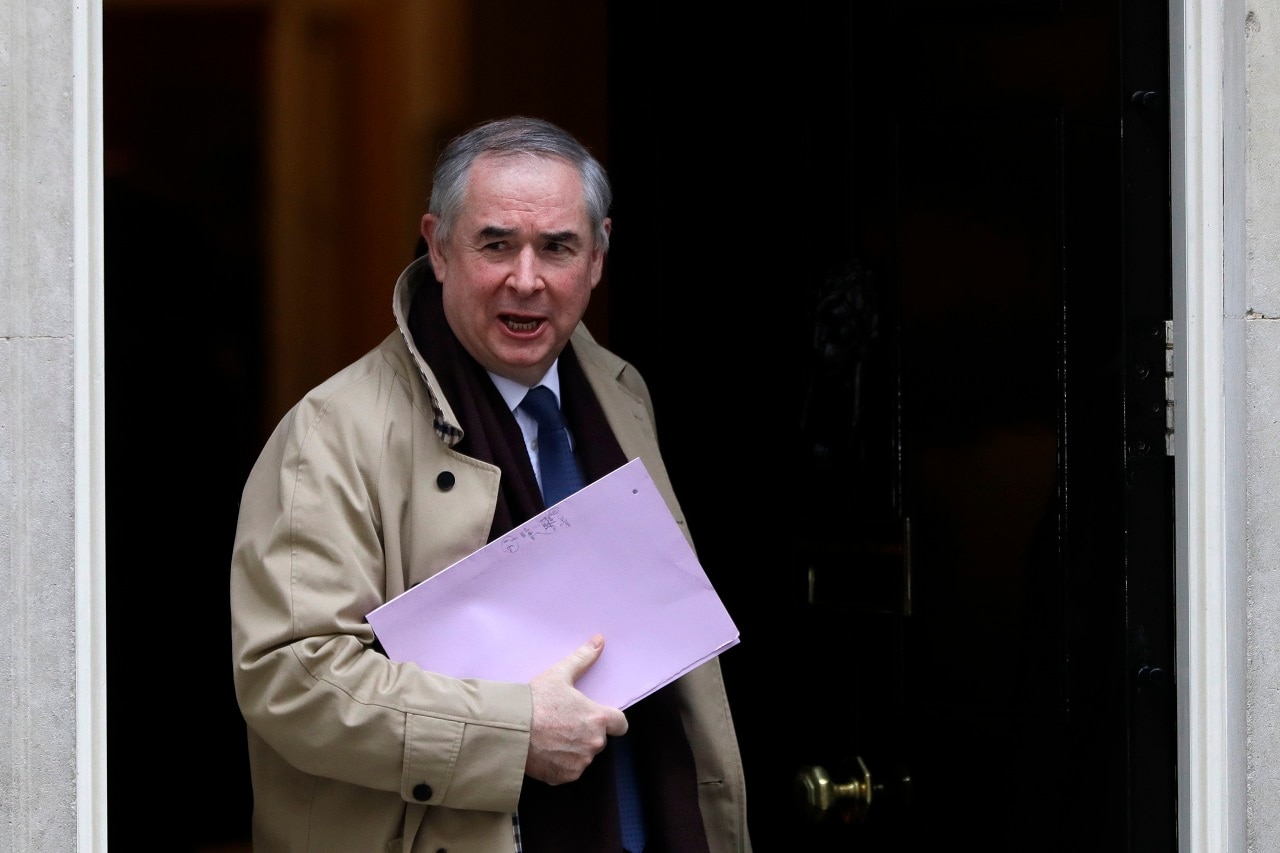 But the margin of Tuesday's defeat was not substantially smaller than the 230-vote thumping the plan suffered on January 15.

The pound, which has been highly volatile since the 2016 referendum, initially rose after the vote but then sank against both the euro and dollar. 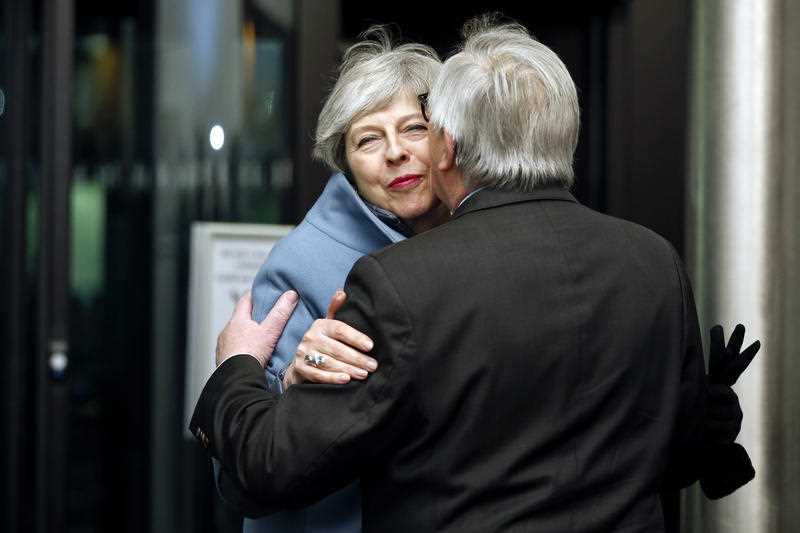 The backstop is designed to protect the peace process in Northern Ireland, which involved the removal of border checks with EU member Ireland.

Brexit supporters wanted a unilateral way out of it, or a time limit to the arrangement, but the EU said this would make it worthless. 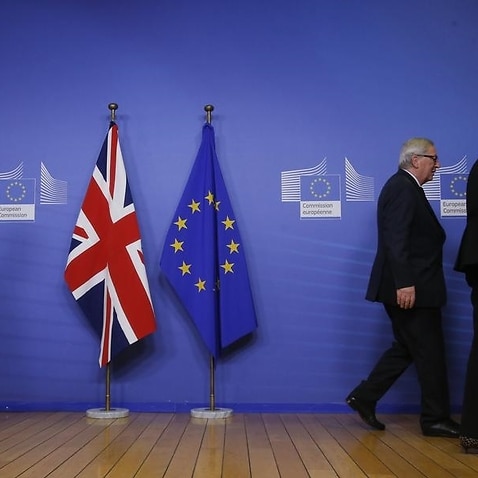 But leaders across Europe also united behind a message that this was the best and final offer Britain could expect.

"There will be no third chance," Juncker said after his talks on Monday with May.

If MPs vote against a no-deal exit on Wednesday, and want to postpone Brexit, the other 27 EU nations would need to agree.

Their leaders will meet in Brussels for a summit on March 21-22. Deal, no deal or delay: How will UK parliament actually decide on Brexit?

But any postponement may have to be short-lived.

Juncker on Monday said Brexit "should be complete before the European elections" at the end of May.

Transitional arrangements to wind down Britain's involvement with the EU form part of the agreement -- but would need the British and European parliaments' approvals to take effect.

Some Brexit-supporting MPs argue that contingency measures announced by the EU that would come into effect in the event of no deal would effectively operate as a mini transition deal -- a notion strongly rejected by Brussels officials.

Attention will now turn to whether Britain will ask for a delay to Brexit -- a question MPs will be asked to vote on in the coming days.

"Should there be a UK reasoned request for an extension, the EU27 will stand ready to consider it and decide by unanimity," Juncker's spokeswoman said.

An extension would need the backing of all 27 remaining EU countries.