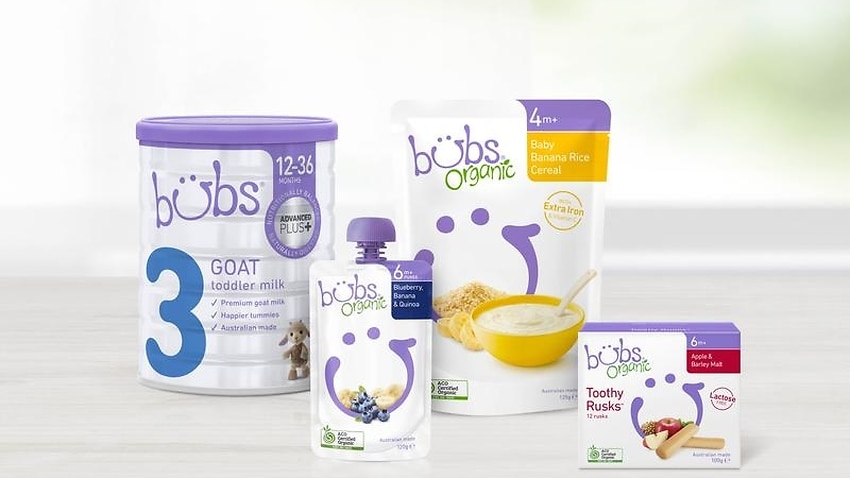 Bubs said on Monday it will pay an initial $25 million in cash and $10 million in Bubs shares for the Melbourne-based company, with further payments of up to $15 million if certain targets are met.

Bubs Australia founder and chief executive Kristy Carr said the deal placed the company in the "best possible position" to achieve full market registration, which would allow their infant formula product exports to China to be sold in physical mother and baby stores.

"This is a key foothold in Bubs' vertical-integration strategy to maximise control of our supply chain and represents an important step in our vision to expand our China business," Ms Carr said.

Bubs also announced on Monday it has entered into an agreement for a private share placement, at 65 cents per share, to private equity firm C2 Capital Partners, which will raise approximately $31.44 million, before costs.

Following the placement, C2 will also acquire additional shares in Bubs via off-market share acquisitions from existing shareholders, the NuLac Foods Vendors, giving it an aggregate 15 per cent holding in Bubs.

Shares in Bubs are up 75 per cent this calendar year as the company invests heavily in efforts to expand into China, including a long-term supply agreement with Bega Cheese subsidiary Tatura, and a marketing and distribution partnership with Chinese dairy producer Beingmate.