The 2015 budget carried no major announcements for Indigenous affairs, with advocacy groups saying it's failed to undo the damage done by funding cuts in last year's budget.

Indigenous groups and the federal opposition say this year's budget fails to address the anxiety created by last year's budget, which saw hundreds of millions of dollars in funding stripped from the Indigenous Affairs portfolio.

"Instead of focussing on the issues that concern the future of Aboriginal and Torres Strait Islander Australians, this Budget is a short-sighted plan from a government focussed on saving itself."

Aboriginal and Torres Strait Islander rights advocacy organisation ANTaR agrees the budget fails to address the cuts to Indigenous funding from the past 12 months. 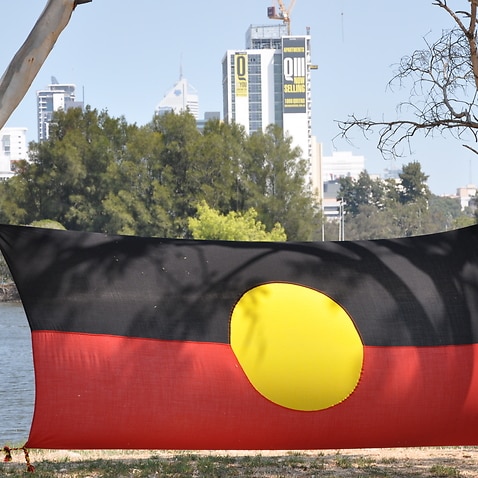 "This last year has been one of real anxiety for many Aboriginal and Torres Strait Islander organisations and communities, and the Budget missed the opportunity to put that right," he said.

Mr Meehan welcomed the reinstatement of funding that was cut from Aboriginal Family Violence Prevention Legal Services, and Aboriginal and Torres Strait Islander Legal Services in last year's budget , but said that these were just undoing some of the worst decisions of last year .

"It's positive that government listened to the public outcry over those cuts, which should never have been made in the first place, but it should have been working with Aboriginal and Torres Strait Islander people and their representatives on how to close the disadvantage gap from the start, rather than being pressured by the campaign to do the right thing," Mr Meehan said.

Congress must be 'self-sustaining'

Reconciliation Australia, meanwhile, acknowledged there will be no additional funding cuts to the Indigenous Affairs portfolio and also welcomed the earlier reinstatement of funding for Indigenous legal services.

It's chief executive Justin Mohamed says though the savings of $534 million made during the 2014-15 Budget should be reinvested within Indigenous Affairs.

The National Congress of Australia's First Peoples should continue to receive Government support until they are self-sustaining, he says.

"Currently, the exact detail and impact of many budget measures is unclear, especially regarding changes to funding in the Northern Territory and remote housing support," says Mr Mohamed.

"We saw during the Indigenous Advancement Strategy funding process that a lack of transparency and engagement led to uncertainty and anxiety within the Aboriginal and Torres Strait Islander community.

"Such an environment directly impacts our ability to work together to achieve positive outcomes for all Australians. The way to avoid this uncertainty is to meaningfully and genuinely engage with Aboriginal and Torres Strait Islander peoples, organisations and communities."