Education experts have reacted to Treasurer Scott Morrison's Budget announcements., which include $1.2 billion to schools.

The government is spruiking a focus on education to drive innovation in the 2016 budget but it has put off higher education reforms in favour of further consultation.

The higher education reforms, which included the deregulation of university fees, were announced in the 2014 budget and will now be delayed for another year.

The total spend on education in this year’s budget is A$33.7 billion. This includes an agreement to fund schools to the tune of $1.2 billion between 2018 and 2020, but is contingent on education reform from the states and territories in all sectors including literacy and numeracy, teaching and school leadership and student outcomes.

There will also be $118.2 million over two years for students with a disability, the funding targeted to schools with the greatest need. 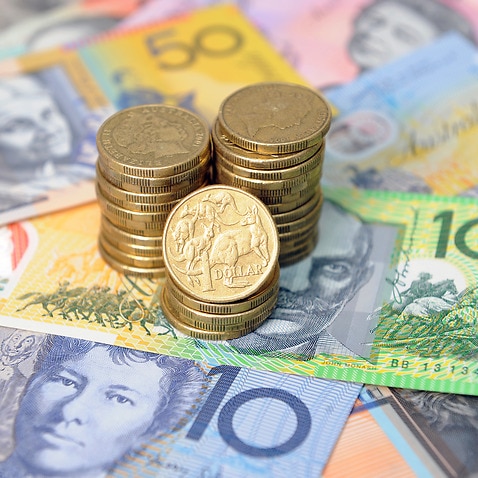 Coalition to give an extra $1.2 billion to schools

The Coalition has said it will give $1.2 billion for needs-based school funding between 2018-2020.

The plan falls well short of the $4.5 billion promised by Labor between 2018-19 as part of the Gonski reform model, but it is a win for supporters of increased school funding who have feared further cuts since last year when the Coalition said it would dump the Gonski reforms entirely.

The Coalition has not released details about how it will determine “need” or distribute funding, or how any new formula might differ from the current Gonski-informed model, saying only that it will negotiate such details with states and territories in the coming months.

The Coalition has said it will ensure spending is “tied to evidence-based initiatives" that improve student performance, suggesting conditions will be placed on the funding, such as introducing standardised literacy and numeracy testing for students in year 1, and linking the salaries of teachers to the national teaching standards.

The Coalition has also committed $118.2 million over two years in additional support for students with a disability.

In just a few months, the Coalition has swung from claiming it would negotiate a new funding deal with the states and territories, through to an ill-conceived plan that it might walk away from funding public schools altogether, through to its current budget decision to increase federal funding.

The funding increase is out of step with education minister Simon Birmingham’s repeated claim that funding does not matter as much as other features of schooling such as curriculum or quality teachers. If this were truly the case, then why the funding increase?

It is inconsistencies of this nature that will drive scepticism that today’s budget is much more about political strategy ahead of the election than the beginning of a more consistent and coherent set of federal policy positions on schooling. Business, farmers back federal budget while doctors, Greens and Labor go on the attack

New changes for teachers include linking pay to performance

John Fischetti, dean of the school of education, University of Newcastle

Budget measures announced will do more harm than good in the journey to get education right for every child in Australia.

The announced measure to pay teachers for performance rather than time served won’t work. In similar plans in the US, no evidence was found that offering teachers pay-based incentives made a difference in student test scores.

The $1.2 billion for targeted school interventions linked to test scores is no more than a rollback on Gonski reforms and a major setback for equity funding for Australian children with any learning differences. It comes up several billion dollars short and reinforces a deficit model of children and schools rather than building access to opportunity.

The proposed emphasis on explicit instruction and graduation tests won’t work, as similar schemes in the US and UK failed to close education gaps.

The policies ignore the broader social and economic issues that are reinforcing the disadvantage of those from lower socio-economic families. These issues include pressures facing families such as housing, health care, adult education, redundancies and loss of employment.

The one bright spot is the proposal that high school students must complete a full maths or science curriculum in order to achieve an ATAR. These are already areas in which we have a dramatic shortage of teachers and this policy will inevitably create a need for new teachers in those areas. Federal government is back in the game in school education

Quality Schools, Quality Outcomes signals a shift in approach from the Coalition on two big issues in school education: equity, and the role of the federal government.

The goal seems to be to neutralise a Labor attack on “fairness” rather than make big changes. But it is a step in the right direction, including a clear acknowledgement of that achievement gaps widen as disadvantaged students move through school.

Additional funding for students with disability will be welcome.

For low SES students, the main policy response is to encourage incentives to attract high performing teachers and principals to disadvantaged schools. This is sensible but no game changer.

Assessing reading, phonics and numeracy during Year 1 will help to identify students who are behind, and is therefore in some sense an equity measure.

Yet there is no attempt to address the structural issues that reduce equity in Australian schools. Nor, despite the Coalition affirming its support for needs-based funding, will disadvantaged (largely government) schools see the big increases in funding that David Gonski called for. And states will need to justify how they spend even quite modest amounts of additional funding. Comment: Budget timing tricks do nothing to help small business, or the economy

The new interventionist mindset does not stop there. No longer does the government claim that it “runs no schools and employs no teachers”.

Instead, there are new initiatives, such a National Career Education Strategy. There are new aspirations, such as recruitment targets for STEM (science, technology, engineering, maths) and indigenous teachers. Above all, there are proposed new requirements, covering:

These new aspirations and requirements (I counted over 15 of them) must be implemented by states, and must therefore be negotiated with them. And if the states don’t play ball, they may not get the extra funding.

Lastly, it is concerning that the continued focus is on autonomy and accountability for outcomes, with limited discussion on the support that is required to make autonomy work.

So, the federal government is back in the game in school education, and trying to set most of the rules. It will be interesting to see how states respond.

Government defers its existing higher education policy for another year

The government has pushed back introducing any major changes to higher education a further year to 1 January 2018 and released a discussion paper as the basis for finalising the changes it will introduce.

The major commitment in the discussion paper is that there will be no full deregulation. Instead it explores how to increase the student contribution, bringing it closer to the government amount, and generating savings for the government.

It raises again the idea of “flagship programs” which a university does particularly well – and charges accordingly, subject to external scrutiny.

For students, it means no change for a further year, and for existing students it should mean no change in what they pay while they finish their degrees.

Options to tighten up Higher Education Loan Programme repayments are up for discussion and almost certainly will see some changes, with Andrew Norton’s proposals a useful guide to what is possible.

In terms of providing certainty post election, the discussion paper provides a basis for a Coalition government, if returned, to complete its revamped position and have the basis to gain senate support.

In terms of clarity, the main aspects are laid down but there is much more to go about exactly how the student charge will be altered and from that the basis of government CGS payments.

There are some changes in advance of 2018 against current settings:

Other than the OLT decision, all of this depends on the election. If Labor wins, none of it will count.

Megan O'Connell is a Policy Program Director at the Mitchell Institute at Victoria University. The University receives public higher education and VET funding.

Conor King and John Fischetti do not work for, consult, own shares in or receive funding from any company or organization that would benefit from this article, and has disclosed no relevant affiliations beyond the academic appointment above.