New England will vote in a by-election this weekend, with Nationals leader Barnaby Joyce the overwhelming favourite despite running a low-key campaign.

A bullet has been found on the grounds of a public school that will host a polling station for tomorrow's New England by-election, along with a note threatening a shooting on Saturday, according to police accounts.

NSW Police said the bullet discovered at Quirindi Public School was not related to the election, but confirmed they would provide extra security around the polling booths tomorrow.

“Police from the Oxley Local Area Command are investigating after the discovery of an item and graffiti at an educational facility in Quirindi,” a NSW Police spokesman told The Australian newspaper.

“Police ... will maintain a police presence at the location throughout the day on Saturday (tomorrow).”

Barnaby Joyce's electorate office also reported receiving a bullet in the mail in early November, accompanied by threats that appeared to be motivated by environmental politics - including the sender's opposition to the controversial Adani coal mine, which Mr Joyce supports.

The Nationals leader is widely expected to comfortably win the New England by-election this weekend, but his primary vote could take a hit if voters punish the troubled Turnbull government.

Mr Joyce will almost certainly regain the NSW seat in the absence of a high-profile opponent when almost 110,000 voters go to the polls on Saturday.

Betting websites have Mr Joyce as the overwhelming favourite.

The former deputy prime minister won the seat with 58.5 per cent of the two-party preferred vote in 2016 against nine other candidates. 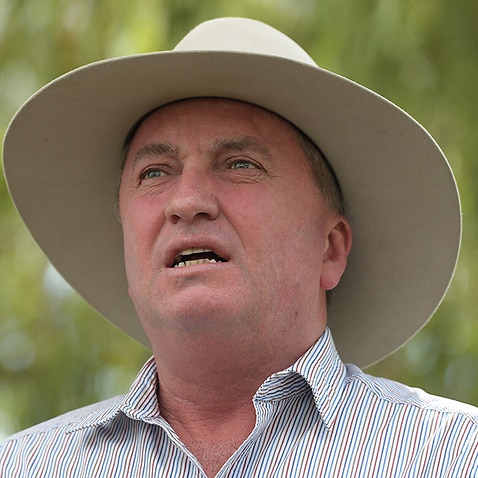 Barnaby Joyce hits back over calls for Malcolm Turnbull to resign

This time around 16 independent and minor party candidates are hoping local will punish the embattled Turnbull government by voting against Mr Joyce.

"People may want to punish the government but not Joyce."

"There's a lot of feeling the Nationals are soft," he said.

"There are a lot of people placing themselves as a new voice for the bush."

Mr Joyce insists New England voters want "jobs, cheap and reliable energy and infrastructure projects" and he's the man to argue for them in the party room if he's returned to Canberra.

"Spending the last few weeks getting back to grassroots politics has given me a fresh outlook if I'm lucky enough to be returned," he told AAP this week.

The former deputy PM's decision to avoid some public forums and interviews has led rivals to accuse him of taking the electorate for granted.

But Mr Joyce argues he's appeared numerous times in local and national media, been available on the streets of New England and open to debating other candidates. 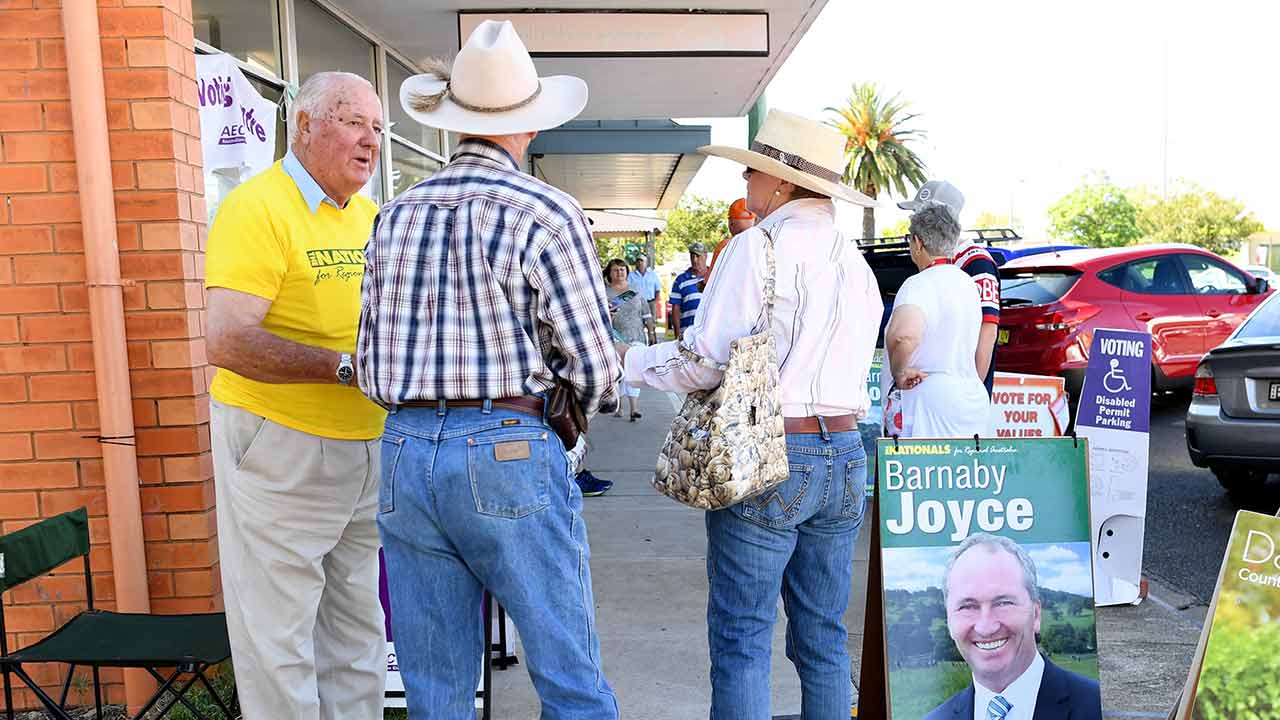 "When you get around to these communities I can assure you none of them ask 'Why didn't you bring a big media contingency with you?'," he said.

"People appreciate access to ask questions in a more personal setting rather than just in a community forum where they have to listen to a bunch of out-of-towner candidates talk for three hours."

Mr Joyce's campaign has been dogged by confrontation and the occasional controversy.

A bullet and a death threat were reportedly sent to his office earlier this month and, this week, he was confronted by a man while visiting Glen Innes and again at Inverell.

He was also forced to "politely declined" a $40,000 prize for his agricultural efforts after it was awarded by mining magnate Gina Rinehart.

"I will be voting for those who have shown by their actions they believe in a sustainable future in terms of water, energy and land use," he wrote on Twitter.

"What it will do is confirm the Turnbull government ... and it'll be a rejection of Bill Shorten and his dark vision for Australia's economy," he told ABC radio.

The Labor leader has not visited the seat during the campaign. AAP understands coalition polling shows the alternative PM has a net negative 52 per cent approval rating in New England.

The by-election was called after Mr Joyce was disqualified in October for holding dual citizenship. 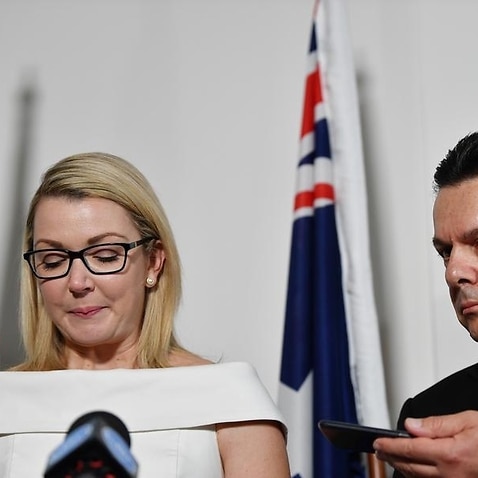