These bush camps being run in central Australia are helping Indigenous men change perceptions around domestic violence - one of a series of steps aiming to reduce the problem in at-risk communities.

Richard Kanari's message to others is a clear one: "say no to the violence”.

The Pitjantjatjara man is one of a cast of Indigenous men coming together to work towards preventing the problem in remote communities.

He hails from the Pipalyatjara community in the APY Lands located near the northwestern border of South Australia.

The NPY Women’s Council is holding bush camps in the arid landscape of central Australia for Indigenous men to talk and reflect on what Mr Kanari describes as a “good way” of living.

“Domestic violence is a big thing in Australia, and in the community … fighting young mother and father, that is not a good thing,” he tells SBS News.

“We have got to stop all that." The bush camps are one of three community programs set to receive more than $2.3 million in funding from the federal government.

The NPY Women’s Council is getting $900,000 to continue its work helping connect Anangu men with community leaders through these camps. Mr Kanari says he has seen the consequences of falling down a “wrong” path of drinking, taking drugs and criminal behaviour can lead to.

That’s why he believes sharing experience across generations at these camps and promoting a “strong message” against violence is so important.

“We teach the young fellas to go together with the middle-aged people and the elders. Try and sit down and listen to stories,” he said.

“We always talk about all that [and] teach them how to live in the good way.” 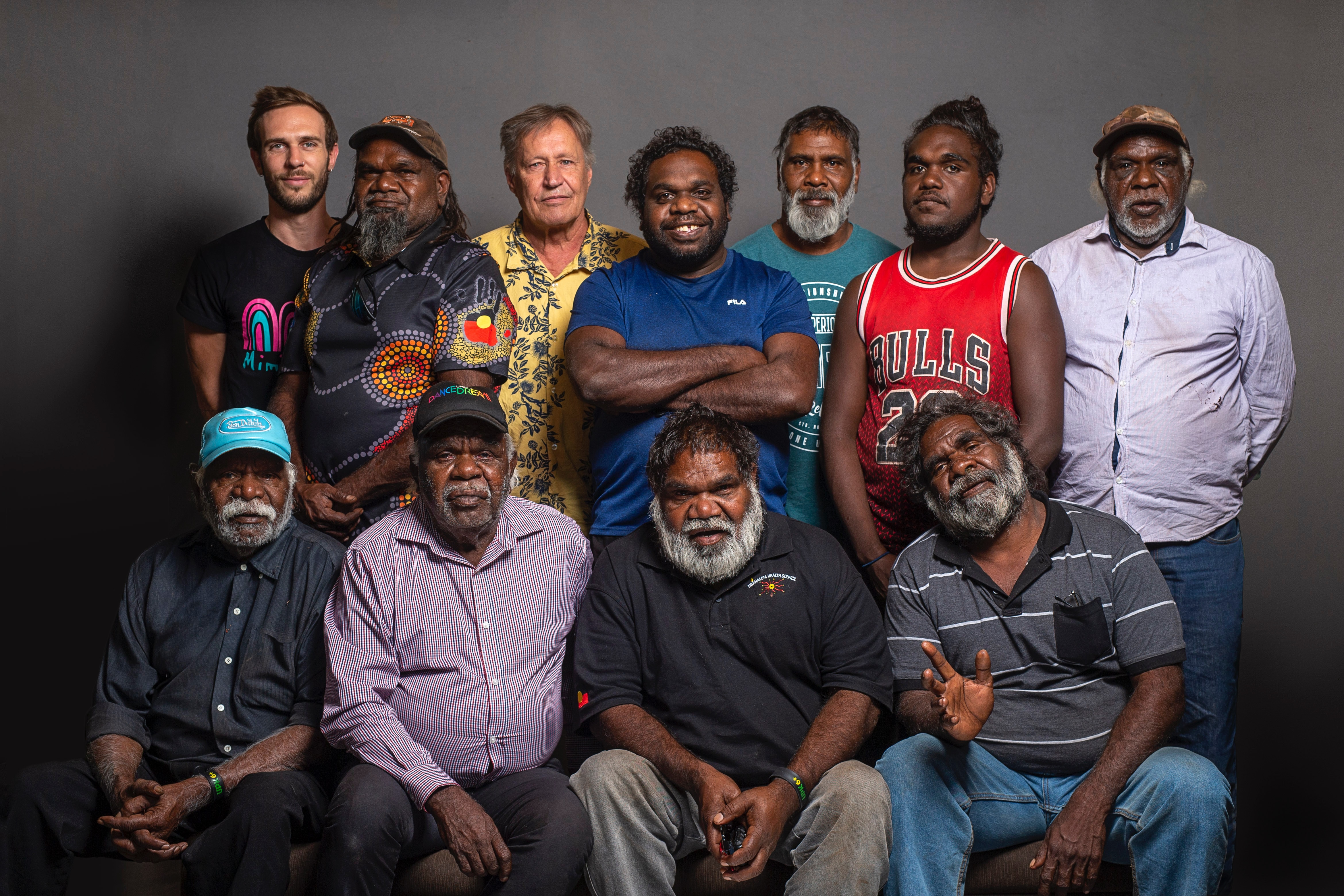 The bush camps give men a chance to talk and reflect on a "good way" of living.
Rhett Hammerton

The funding is part of a push to reduce family violence in at-risk communities by working directly with men through culturally appropriate initiatives to address these challenges.

Minister for Families and Social Services Anne Ruston said the aim is to break the cycle of violence before it occurs.

“We must change attitudes to violence and to do this we must create opportunities for men within communities.”

On average one woman in Australia is murdered a week by a current or former partner. The ‘forgotten’ victims of domestic violence

About 23 per cent of intimate-partner homicide victims were Indigenous in the 10 years to 2015-16, according to the Australian Institute of Criminology.

Another 22 per cent of those victims whose backgrounds were known were overseas-born.

The United Muslim Women’s Association and Outloud (Bankstown Youth Development Service) are the other community groups set to receive around $700,000 in funding each.

Outloud is running a RESPECT program to boys aged 11 and 12 at primary schools in the Canterbury Bankstown region, west of Sydney. 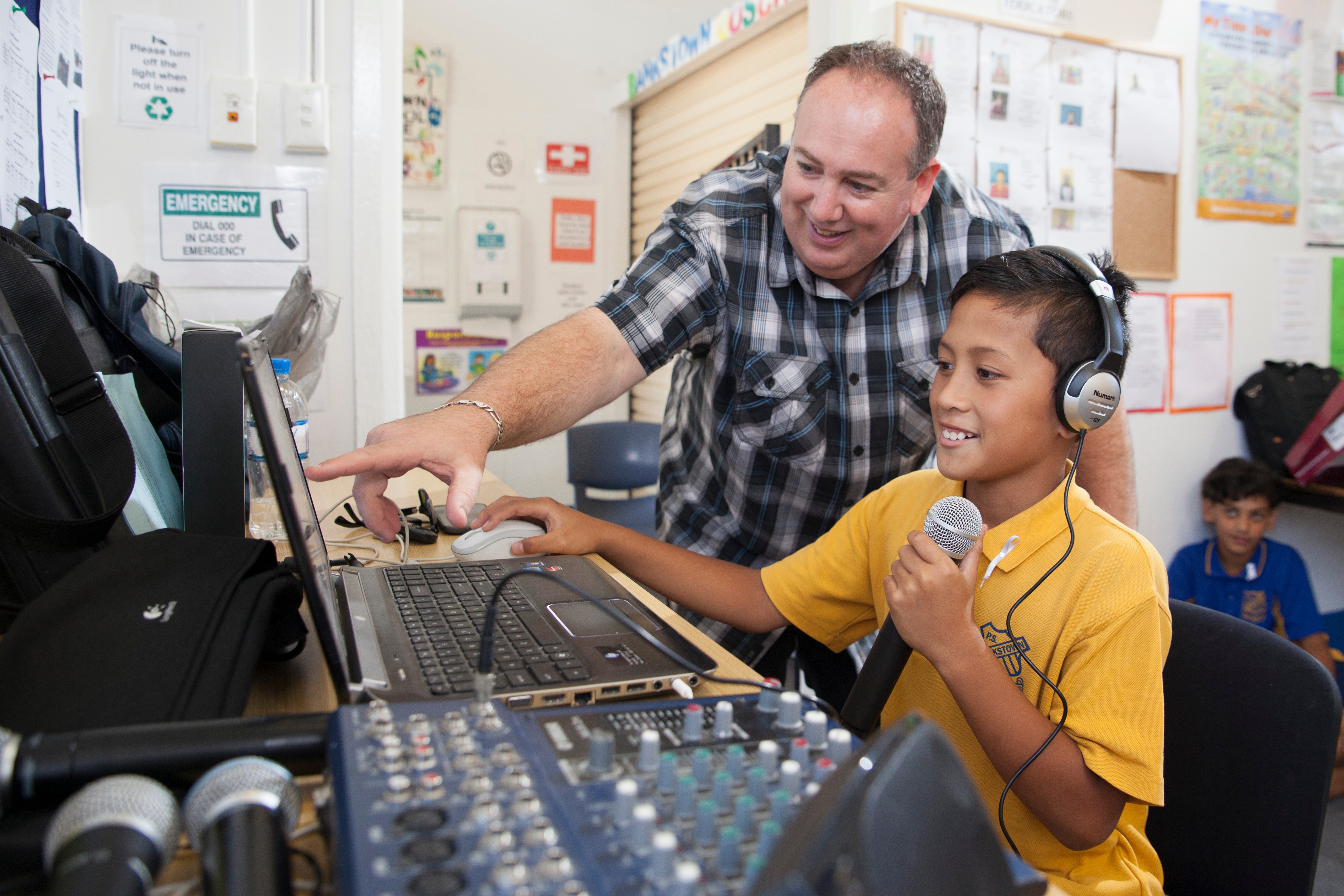 The RESPECT program is trying to build awareness about domestic violence and respectful relationships.
Outloud

RESPECT coordinator Craig Taunton told SBS News the initiative aims to instill awareness in boys about respectful relationships, even before they get into them themselves.

"The program is around awareness of what domestic violence is and teaching them and educating them on what a healthy relationship looks like," he said.

“The amount of women that are abused in these situations is significantly high and the majority of the time men are the perpetrators and women are the victims." This includes understanding that domestic violence is not just a matter of physical attacks, but also involves other “forms of control”.

Outloud chairperson Khai Ngo said the organisation is aware of the diversity of communities it interacts with, but domestic violence doesn’t discriminate.

"The value of respect is a universal one and that is something that all the boys irrespective of their cultural background can learn and understand," he told SBS News.

“For some kids at the moment their norm is being in a domestic violence situation.

“We need to make them aware [and] equipped to identify when there is an unhealthy relationship."

The United Muslim Women’s Association will be working with Muslim men from over 72 ethnic groups in Darwin, Perth and Melbourne.

Richard Kanari says it comes down to taking the "good road".

"My message is to stand strong and keep standing for the young people."