A thick layer of smoke has also settled over Victoria, leading to warnings for poor to hazardous air quality issued across the state. 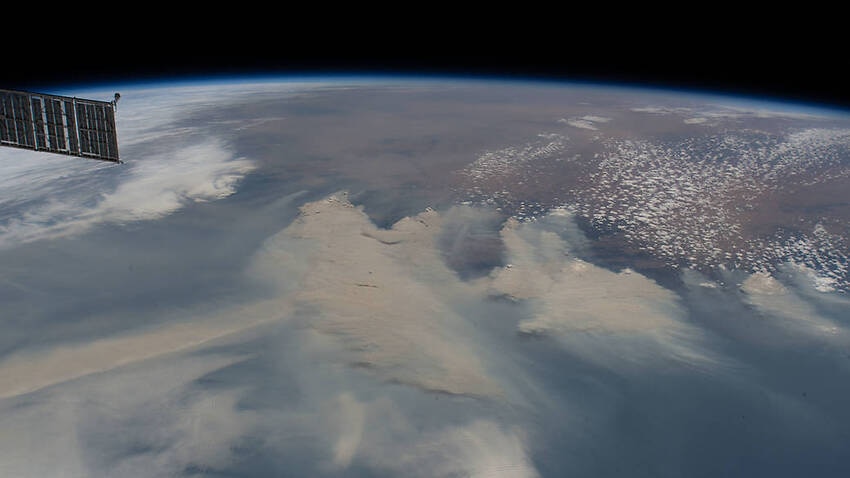 Smoke from bushfires blankets the southeast coastline of Australia on 4 January. Source: NASA

Smoke from bushfires in New South Wales and Victoria is predicted to travel around the globe, before returning to settle over Australia in coming days.

The National Aeronautics and Space Administration (NASA) wrote on its website that it has been tracking the movement of bushfire smoke more than 15 kilometres into the atmosphere.

By 8 January, the smoke had travelled halfway around the Earth, NASA said, crossing South America and "turning skies hazy and causing colourful sunrises and sunsets".

A fleet of NASA satellites 🛰️ working together has been analyzing the aerosols and smoke from the massive fires burning in Australia.https://t.co/93geNvCBnU pic.twitter.com/ZedZ199lvJ

"The smoke is expected to make at least one full circuit around the globe, returning once again to the skies over Australia," the statement said.

On Tuesday, a warning for poor to hazardous air quality was issued for Victoria after calm conditions caused smoke to settle across towns and the capital.

The Environment Protection Authority warning said poor air quality was likely to continue in the state's northeast from NSW and local fires.

Updated air quality forecast for today and the next 3 days.

"EPA advises people to take care and stay indoors away from smoke where possible. During periods of good air quality ventilate by opening windows and doors," they said on Monday evening.

Meanwhile, NASA said the smoke has already had a "dramatic impact" on New Zealand and "causing severe air quality issues across the county and visibly darkening mountaintop snow".

Earlier this year, New Zealand Police had to urge people to stop calling emergency services after smoke from the Australian fires turned the sky orange.

The combination of high temperatures from the fires and historic dryness has led to the formation of an unusually high number of fire-induced thunderstorms, NASA said.

"They are triggered by the uplift of ash, smoke, and burning material via super-heated updrafts. As these materials cool, clouds are formed that behave like traditional thunderstorms but without the accompanying precipitation."