Some Victorian lives and homes are at risk as parts of the state battle out-of-control blazes after baking in temperatures above 40C.

t took just minutes for scorching 40C-plus temperatures to plummet by half in parts of Victoria and a short time later winds delivered bushfire emergencies.

Some northern centres hit 46C and Melbourne reached 42.6C on Friday with a cool afternoon change sweeping through along with wind gusts forecast to reach up to 100km/h.

"The danger period is not over," Emergency Services Minister Lisa Neville said as the heat eased.

"We still have fire in the landscape and potential for further fire with the storms coming through, and dry lightning." 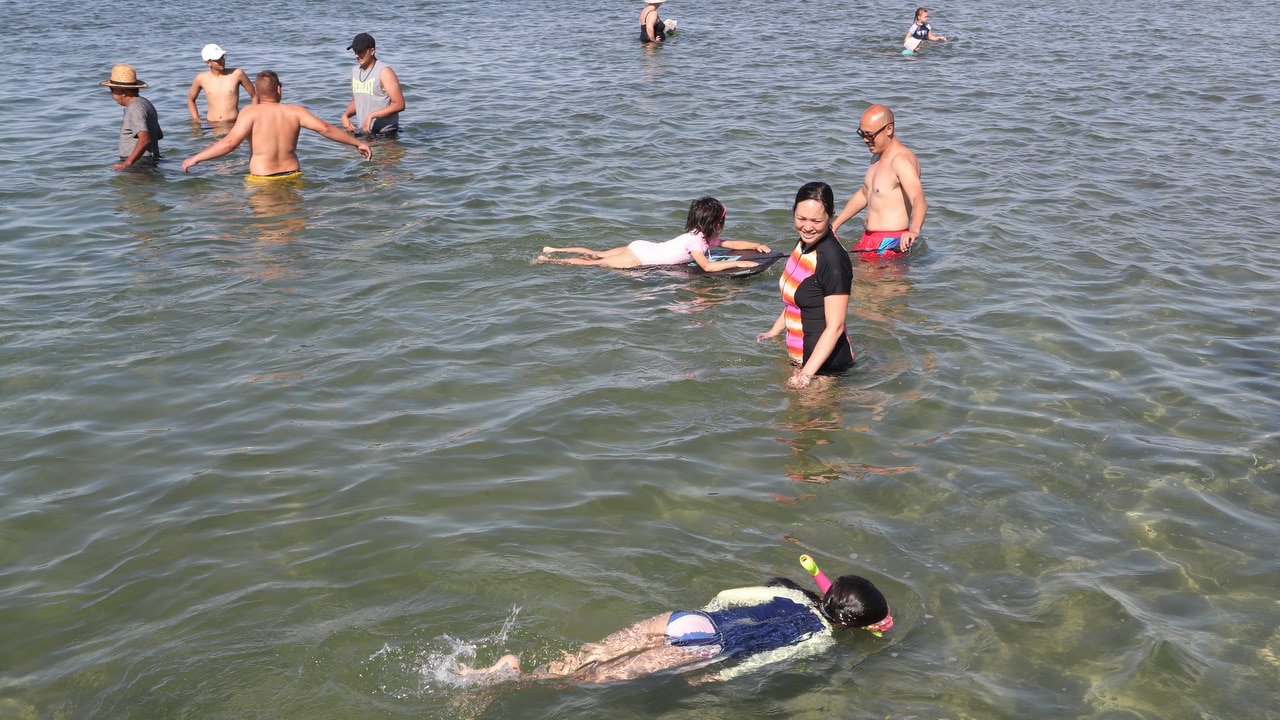 People are seen in the water at Altona beach in Melbourne on January 4 2019.
AAP

An uncontrolled blaze in the state's east threatened lives and homes at Stradbroke West, Willung and Willung South, with an emergency warning urging people in the area to "act immediately to survive".

Ms Neville told 3AW the fire was moving "quite quickly" and 12 aircraft and nearly 20 other appliances were still trying to bring it under control.

A house fire in Strathbogie, in the state's northeast, sparked an out-of-control bushfire in "a very difficult area to control it if we lose track of it", she added.

Residents across other parts of the state are also on alert to leave, or watch for any changes.

Thunderstorms are also expected in parts of central and eastern Victoria, with the possibility of dry lightning strikes posing a further fire risk. Kids play in the sand at Altona beach in Melbourne.
AAP

"This behaviour has the potential to create such significant impact that it really is dumb. It should not happen."

Melburnians welcomed the cool change as the temperature dropped about 20C within 40 minutes late on Friday afternoon.

Authorities have already pulled 10 children from hot cars including two from the same vehicle parked in a shopping centre in Melbourne's southeast.