Homicide detectives are investigating the death of mother Michelle Darragh, who was found dead at the home of her former partner. 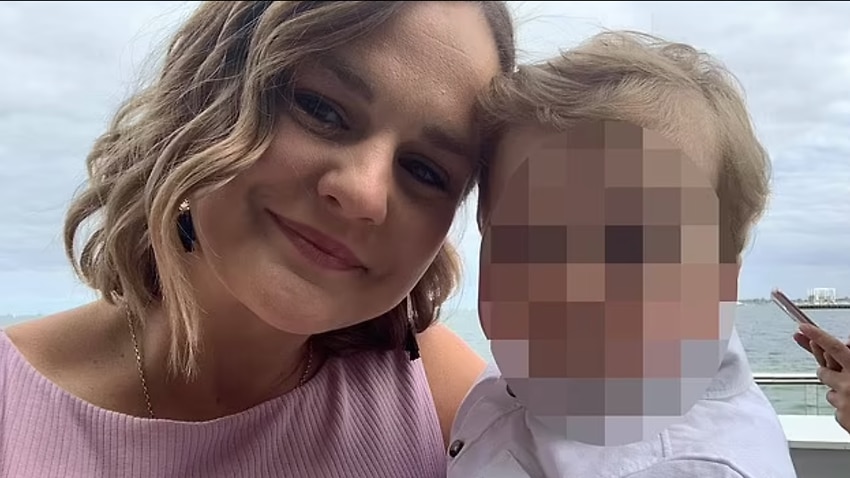 Michelle Darragh was a pregnant mother-of-two and a dedicated social worker.

Now, the 32-year-old Melbourne woman and her unborn child are being tragically mourned by her family, friends, and community.

Emergency services were called to a Huntingdon Avenue property in Bayswater North on Saturday night, where she and her former partner were found with life-threatening injuries.

Victoria Police said Ms Darragh died at the home, while her former partner was taken to hospital in a critical condition where he remains under police guard.

The exact circumstances of the incident are being investigated by the homicide squad, and police said they are not looking for anyone else in relation to her death.

Neighbour Trent Falahey told reporters at the scene on Sunday the pair was “a standard young couple with two kids living in suburbia”.

It is understood they recently separated after five years together.

"Our condolences go out to the family of Michelle during this deeply traumatic time. We must never lose sight of the fact that violence in the home is never acceptable," Australian Association of Social Workers National President Vittorio Cintio posted on social media.''

Michelle Darragh, 32, was killed at Bayswater North, Victoria, on Saturday. Her partner is under police guard. Michelle is the 41st woman killed this year. 16 children and 90 men have also been killed since January 1, 2021. pic.twitter.com/v9WeYsZSxU

Ms Darragh is the 41st woman allegedly killed due to violence in Australia this year, according to the Red Heart Campaign, which "tracks every known Australian woman and child killed as a result of murder, manslaughter or neglect".

Earlier this month, another pregnant woman, Janet Dweh, a 36-year-old refugee from Liberia, was found dead inside her home in Perth's northern suburbs.

West Australian police said there were no signs of forced entry at the house.

"We don't believe it's a random person who has committed this offence. We believe that it's probably someone who is known to Janet," Homicide squad Detective Superintendent Rod Wilde told reporters.

The growing tally of deaths involving women and children needs to be addressed urgently, said Melbourne anti-violence campaigner Tarang Chawla, whose sister Nikita was murdered by her husband in 2015.

"Pregnancy is a risk factor for women experiencing violence. We also know that separation is one of the most dangerous times for a woman."

Tarang Chawla (right) with his sister Nikita, who was murdered by her husband in 2015. Source: Facebook

Mr Chawla called for clear leadership on the issue from a national level.

"There is not enough being done to advance gender equality, to improve health outcomes for women, and to provide adequate support to women in abusive relationships," he said.

"There's also a reluctance to address the issue for what it is - men's choice to use violence."

Across Australia, many states and territories have reported large increases in the number of domestic violence cases during the COVID-19 lockdown.

Calls are intensifying for immediate action to protect women against violence. Source: EyeEm

Rita Butera, chief executive of the Safe Steps domestic violence crisis support in Melbourne, said the service experienced a 40 per cent jump in calls for help this year.

And she expects that to rise as restrictions begin to ease.

"We'd like to think that the lift will provide people with the opportunity to more easily seek help from friends or family or others, where there may be barriers at the moment due to lockdown," she said.

"We don't know the details of Michelle's situation but it's a terrible tragedy and loss - our hearts sink every time we hear news like this."

"It's really hard for us as a community to continue to see this happening and one of the issues is around economic security and income security, which is really significant for women to seek safety."

If you or someone you know is impacted by family and domestic violence or sexual assault, call 1800RESPECT on 1800 737 732 or visit 1800RESPECT.org.au. In an emergency, call 000.
Correction: This article has been updated to clarify the Red Heart Campaign tracks the number of women lost to violence, not only domestic violence.
Share
Published 11 October 2021 at 5:12pm, updated 11 October 2021 at 6:00pm
By Cassandra Bain
Source: SBS News
Topics
Australia