The Morrison government has been urged to task the competition watchdog with a major study of food pricing in remote Indigenous communities. 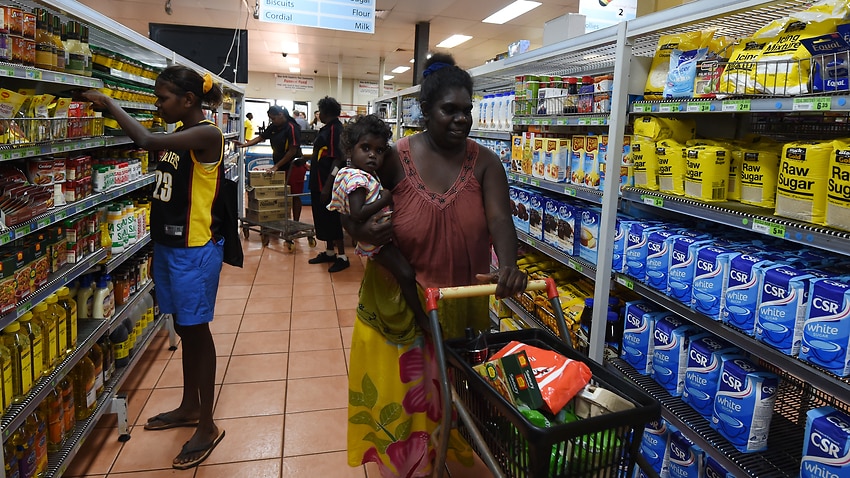 The Morrison government has been urged to task the competition watchdog with a major study of food pricing in remote Indigenous communities. Source: AAP

Food and grocery prices in remote Indigenous communities should be the focus of a competition watchdog probe to make them more affordable, the government has been told.

The recommendation comes from a parliamentary committee that looked into the issue of food pricing and security in remote communities.

The main proposal is for the Australian Competition and Consumer Commission to conduct a market study of prices at remote community stores.

It would aim to highlight ways competition could be increased and prices could come down.

Improving the complaints process, laws to stop price gouging and the impact of rebates would also be considered by the proposed study.

The probe was launched in May after reports of inflated prices in some communities, including jars of coffee being sold for $55.

Head of the committee Liberal MP Julian Leeser said the reasons for high prices were explained during the inquiry, with poor infrastructure, seasonal stresses and high costs of running remote stores highlighted.

"It became clear that these stories reflected a persisting disquiet regarding the supply of affordable, nutritious, quality food in many remote Aboriginal and Torres Strait Islander communities," he told parliament on Monday.

"That supply is tenuous and needs to be improved."

The committee has also called for a new national strategy for food security and nutrition for remote communities, to be developed with the states and Indigenous groups.

Mr Leeser said the working group set up to ensure remote communities had adequate food supplies during the coronavirus pandemic should be made permanent.

A real-time price monitoring system across all remote community stores is another recommendation from the committee.

Labor's Warren Snowdon, a Northern Territory MP, urged the government to respond quickly so things could change in remote communities.