Migrant Youth support groups are calling on the federal government to offer more support to help migrant youth integrate in the community.

Advocates on Tuesday made recommendations to the Inquiry into Migrant Settlement Outcomes, to combat what they said were dangerous misconceptions.

Youth Action, one the many groups that made a submission to the inquiry, said migrants continued to face prejudice, despite figures that indicated they may be less likely to commit crime.

"There is this idea they are a criminal or have some connection to criminal behaviour or anti-social behaviour of any way, shape or form," CEO Kate Acheson said.

"Actually white young males are more likely to be committing crime than that particular community, and we are not seeing the vilification happening across the cultures, just these communities and we need to stop that."

Youth ambassador for the Multicultural Youth Affairs Network NSW Apajok Biar also believed many South Sudanese migrants were being unfairly linked to issues like gang violence, and that many people in her community were considered guilty until proven innocent.

"People, [what] they see in the media is just a small percentage of the South Sudanese community," Ms Biar said.

"There are so many of us achieving such great things and we are really contributing to Australia as a whole and they should really consider that, not just profile us because of what one person has done."

When Tamara Mirzada was just 13 when she moved to Australia as an Afghani refugee.

"When I was growing up, I wore the hijab in high school and I faced a lot of discrimination and being called a terrorist when I just came here," she said.

It's something Tamana said happened daily within the Muslim community formed part of a phenomenon migrant support groups want to stop. '18C debate not over', say both Liberal Senator and Labor MP

Research from the Multicultural Youth Affairs Network NSW found that young people in NSW who spoke a language other than English were less likely to be involved in crime than their English speaking counterparts.

Victorian youth born overseas were also less than half as likely to be alleged offenders compared with other young people.

Arash Bordar came to Australia as an Iranian refugee in 2015 and, in the years since, he said he has encountered prejudice and felt excluded from society.

"Sometimes when you are on the train they check your ticket and you're the only one, they don't ask everyone," he said.

"We want to build the country with everyone together. But when we face the problems and all the challenges we have, it makes us a bit depressed."

One of the recommendations made to the federal government was that migrant youth be able to access support services earlier, from the age of 12, instead of 15.

"When you don't have that they feel displaced, they feel devalued ... that's not really good.

"Young people will look for identity wherever they can find it," Ms Acheson said.

There is currently no national record of crimes connected to ethnicity - something advocates are pushing to change. 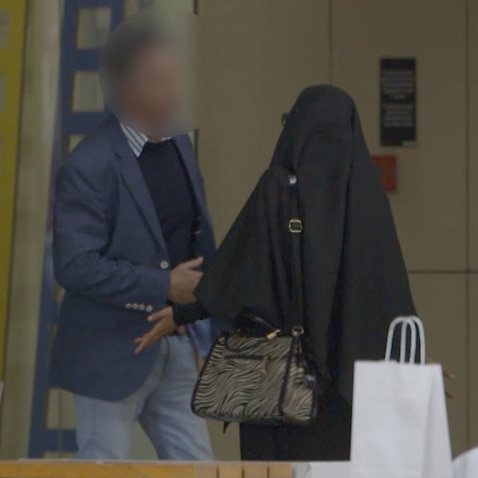