Cambodia's government on Friday approved the country's first lese majeste law handing a five year sentence to anyone found guilty of insulting the king, a move rights groups fear will be used to target dissent.

Unlike neighbouring Thailand where royal defamation often results in decades in jail, Cambodia's largely symbolic monarchy was not until now shielded from criticism.

The law was adopted during a cabinet meeting chaired by premier Hun Sen, an authoritarian leader who is poised to extend his tenure at elections in July after dissolving the opposition and driving many of his critics into self-exile. 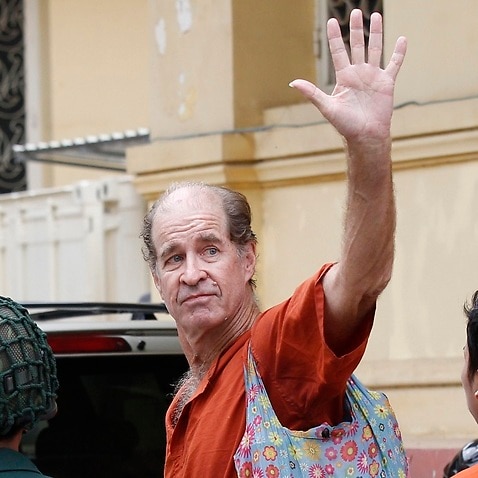 The new law, which bans insulting Cambodia's constitutional monarch King Norodom Sihamoni, was added to the criminal code to "uphold and to protect the reputation and royal name," government spokesman Phay Siphan wrote in a Facebook post.

"Insults to the King shall be punished between one to five years in prison" plus a $2,500 fine, the post said.

The power of the Cambodian monarchy has waned significantly in recent decades under Hun Sen, a domineering premier who has amassed tight control of the kingdom during his 33 years in office.

King Sihamoni, who took the throne in 2004, is considered a purely symbolic head of state whose quiet, unflashy life stands in stark contrast to that of his politically ambitious father, who publicly clashed with the premier before abdicating.

King Sihamoni is well-respected among Cambodians and largely seen as above the political fray.

But rights campaigners warned the lese majeste law is likely to be wielded as a political weapon in a country where the courts are routinely accused of doing Hun Sen's bidding.

There is a "real risk that lese-majeste would be added to the arsenal of laws currently being misused by the Cambodian government to silence dissent," said Kingsley Abbott from the International Commission of Jurists. The law is a "heavy blow against freedom of expression" added Brad Adams of Human Rights Watch, accusing Hun Sen of concocting "false threats" in an election year.

Cambodia's cabinet also approved amendments to a string of constitutional articles intended to block "interference from abroad", according to the government spokesman Phay Siphan.

The opposition Cambodia National Rescue Party (CNRP) was disbanded in a controversial court hearing in November.

Western democracies and rights groups slammed the verdict as Hun Sen's last-ditch effort to clear out rivals ahead of the July poll.

Many of the CNRP's senior figures have fled the country, while their leader Kem Sokha is on remand facing trial for "treason".

The US and EU have pulled support for the election.