The leader of Canada's Manitoba province appeals to Ottawa for help and additional resources amid a spike in the number of asylum seekers flowing in from the United States.

According to Premier Brian Pallister, the number of migrants who have crossed the border between Canada and the United States in Manitoba has "more than doubled" in recent weeks, with related costs for the government more than doubling as well.

"This significant increase in demand is placing extreme pressure on those who deliver our services and on the resources that we have available to address the situation," the conservative leader said. 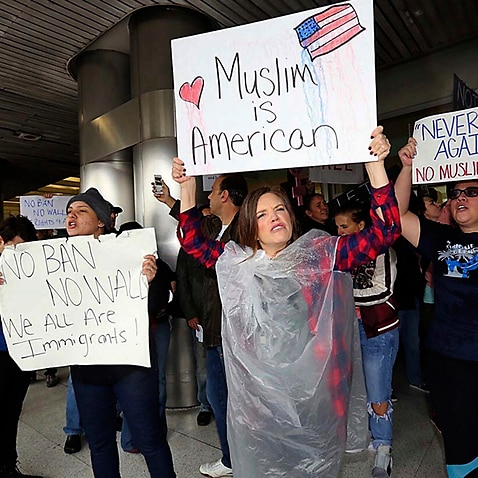 Amal Clooney urges Iraq to allow probe of IS crimes

"We are proud to be part of team Canada but we need the federal government to step up and do its job."

US Homeland Security chief John Kelly is set to meet Friday with his Canadian counterpart Ralph Goodale and Immigration Minister Ahmed Hussen to discuss the issue.

The uptick of asylum seekers seeking refuge in Canada comes as US President Donald Trump pledges to round up and deport undocumented immigrants, as well as impose "extreme vetting" on travelers from several Muslim-majority countries.

From January 1 to February 21 about 4,000 people filed refugee claims in Canada, up from 2,500 during the same period last year, the Canada Border Services Agency said earlier this month.

The figure includes border jumpers and those arriving from the United States at border checkpoints.

Canadian authorities said some of the migrants appeared to have intended from the start to come to Canada after flying to the United States on a visitor visa, while others came after being denied asylum south of the border or because they feared deportation.

Under a bilateral agreement, asylum-seekers from the United States are usually turned back at Canada's border crossings. But this does not apply to those crossing the border illegally in other places.

Manitoba shares a porous border with the US states of North Dakota and Minnesota.