Canadian minister talks up benefits of immigration on Australia visit 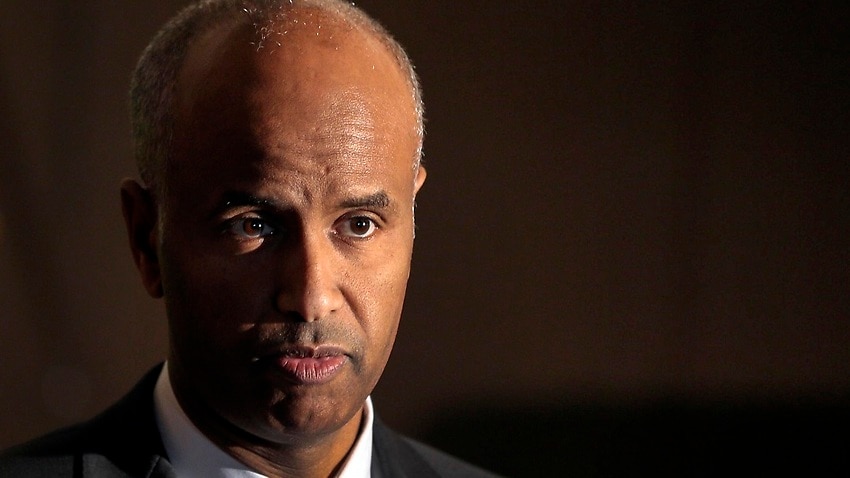 Canada's immigration minister is something of a global anomaly at the moment.

Not only is Ahmed Hussen a former refugee, but someone who loudly and regularly advocates the benefits of immigration in what he calls a "world of closing doors".

Mr Hussen spoke at the University of New South Wales on Friday as part of his multi-city visit to Australia, where he championed a more progressive stance on immigration and refugee policy.

And for him, the topic is not just a portfolio, but a lived experience.

At 16, Mr Hussen escaped the civil war in Somalia and fled to Canada. He went on to study and practice law, before becoming the country's Minister of Immigration, Refugees and Citizenship last year.

But he played down his own screenplay-like story to the Sydney audience.

"Apart from our Indigenous population, the rest of us in Canada are either descendants of immigrants or immigrants ourselves... The history of modern Canada is a history of immigration," he said.

Read More
Points of friction in Canada, US trade talks

Mr Hussen said the current "global anxieties" around migrants and refugees ignore the many economic arguments for increased immigration.

"Talent and investment have never been more mobile. And they will go where they are most welcome," he said.

And he framed increased immigration as an important fix to the challenges posed by Canada's ageing population.

"The case for diversity is clear. It's a strength, not a threat," Mr Hussen said.

"Politicians can either play up anxieties around immigration to get into office or they can take the higher road and talk about the benefits of immigration."

He said Canada and other developed countries should be "ambitious" on immigration.

But support back home seems to be spilt, with a poll last week suggesting that half of Canadians would prefer to see the government's immigration target of 310,000 new permanent residents for 2018 be decreased.

On the topic of refugees, Mr Hussen talked up his country's Private Sponsorship of Refugees Program.

The initiative allows the financial costs and settlement support to refugees be provided by private groups or organisations.

"We've seen, time and time again, the generosity of Canadians here," he said, adding that the program has settled 288,000 refugees since it started in 1978.

"It's transformative not just for the refugees, but also the sponsors... The sponsors become the biggest champions for refugees, as refugees are no longer an abstract but part of the family."

My story is not unique, it is the story of what is possible in 🇨🇦.

On the issue of integrating new arrivals to a country, be it Canada or elsewhere, Mr Hussen stressed it was "a two-way street".

"You can't just demand that people integrate if you're not willing to provide them with a welcoming environment."

But Mr Hussen did not delve into the recent uptick in unofficial border crossings from the US into Canada, which has been a source of controversy for the Trudeau government.

Material from the Sydney event said Canada's approach to immigration was based "on the principle of mutual obligations for new immigrants and Canadian society".

"Its ultimate goal is for immigrants to fully participate in the economic, social, cultural and political life of Canada," it said.

And Mr Hussen appears to be the living proof of its success.