Cardinal George Pell's fate to be broadcast live to the world

The sentencing of Cardinal George Pell for child sex offences will be televised live to the public this week. 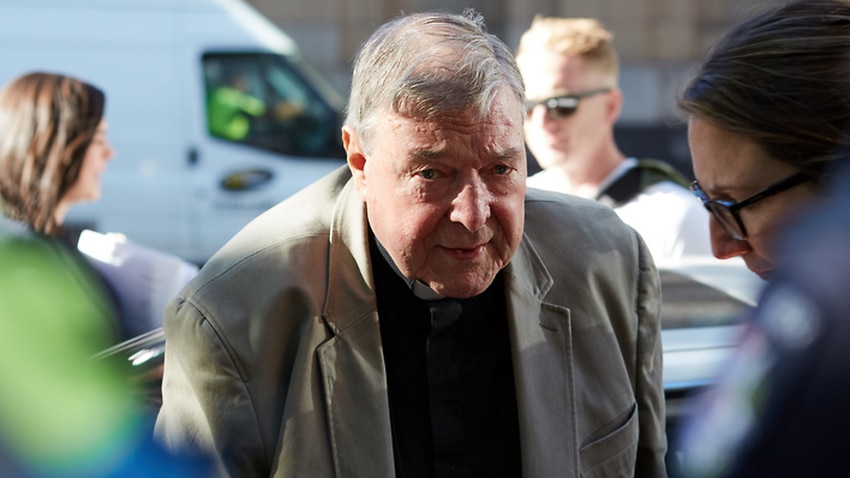 Cardinal George Pell will learn his fate in front of Australia and the world this week with his sentencing to be broadcast live.

Victoria’s County Court has confirmed proceedings against the Catholic cleric will be televised.

In a statement to SBS News, a County Court spokesperson said it was "committed to the principles of open justice."

“Chief Judge Peter Kidd’s sentencing remarks in this matter will be broadcast live,” the statement reads.

The proceedings are scheduled for Wednesday next week.

Mr Pell was found guilty of sexual penetration of a child under 16 at Melbourne’s St Patrick Cathedral and four counts of an “indecent act” with, or in the presence of a child.

But this could not be reported until a suppression order was lifted last month.

The former Vatican treasurer insists his innocence against all allegations made against him.

But Australia's most senior Catholic cleric could face up to 50 years in jail.

He will have his chance to clear his name at appeal dates scheduled for June 5 and 6.

The 77-year old’s legal team has filed three grounds of appeal against the verdict.

One appeal lodged is that the verdict was “unreasonable” because it relied on the “word of one complainant alone.”

“The verdicts are unreasonable and cannot be supported, having regard to the evidence," the appeal reads.

"On the whole evidence, including unchallenged exculpatory evidence from more than 20 crown witnesses, it was not open to the jury to be satisfied beyond reasonable doubt on the word of the complainant alone.”

The second ground for appeal is that his defence was stopped from using a visual aid to represent that the allegations were impossible.

A final ground is that there was a “fundamental irregularity” that stopped him from entering a not-guilty-plea in front of the jury.

His defence barrister Robert Richter QC, who will not lead the appeal process, described the verdict as “perverse.”

“I am very angry about the verdict,” he said.

Sydney appeal expert Bret Walker SC will lead in the case once the Cardinal has been sentenced.

But Mr Pell’s legal team has stated Mr Richter is “still very much part” of his legal support.