The NSW Labor party has adopted a motion to recognise the state of Palestine along with Israel after a campaign by former premier Bob Carr.

NSW Labor will unconditionally recognise Palestine and push to make Australia the 138th nation to do so if it takes power.

A campaign within NSW Labor, headed by former premier Bob Carr, won almost unanimous support from delegates at the state conference on Sunday.

Mr Carr proposed the party would need to recognise Palestine - along with Israel - in order to save the two-state solution which affirms the right of both nations to exist within secure borders.

"As the oldest, the greatest, the biggest state branch we can't afford to be stranded in history," Mr Carr said.

"It is time now for another historic shift in Labor party foreign policy. Labor pledges to crack down on 'unfair' family trusts

Currently, 137 nations recognise Palestine as a state - but not the United States, Australia or New Zealand.

NSW Labor's previous position was more conciliatory, stating that it would consult with other like-minded nations to work toward the recognition of Palestine if no progress toward a two-state solution was made with Israel.

"You did the just and right thing by a crushed and maginalised people who aspire, within the rules, to something Israel has enjoyed since 1948 - and that is a land of their own," Mr Carr said ahead of the vote.

Only a single voice, from the hundreds of delegates packed into Sydney's Town Hall, could be heard voting against the motion.

The NSW Labor Israeli Action Committee vowed to continue to oppose Mr Carr's "obsessive campaign" and claimed it has successfully forced him to recognise Israel's right to exist.

"It was important to restore the balance and to fight for a two-state solution and Israel's right to exist within safe and secure borders," LIAC patron Walt Secord said in a statement provided to AAP following the vote.

The LIAC was re-assured by the support from within the party who wanted to see a peaceful resolution to the Middle East conflict, but also wanted to see an appropriate recognition of Israel, Mr Secord said. 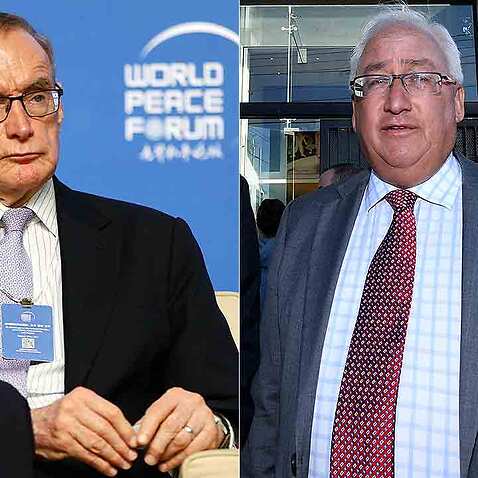