The fiance of Cassandra Sainsbury says he has no doubts that the Adelaide woman is innocent of drug charges.

The fiance of accused drug mule Cassandra Sainsbury says he has no doubt the 22-year-old is innocent.

Scott Broadbridge says he will support her no matter how long it takes.

"I would just like to say, I have no doubt that Cass is innocent of the charges," he told reporters in Adelaide on Friday.

"Cass is the delight of my life. I know that she is not involved in the drug trade.

"I know that she was not deliberately taking drugs or carrying drugs.

"I know there are many unanswered questions in this case and I intend to work with the lawyers to get to the bottom of them."

Mr Broadbridge said he still intended to marry Ms Sainsbury and hoped to travel to see her soon, and also vowed to concentrate on doing whatever he could to help her.

Ms Sainsbury and Mr Broadbridge have engaged Adelaide lawyer Stephen Kenny to help them and Mr Kenny said he was confident the Australian woman would get a fair hearing in the Colombian courts.

"We have great faith in the Colombian legal system and will be doing everything we can to provide her with the best possible defence," he said.

Ms Sainsbury was arrested at El Dorado International Airport on April 12 after 5.8 kilograms of cocaine was allegedly found hidden inside 18 headphone boxes in her suitcase.

She reportedly told a Colombian lawyer that she was tricked and given the headphones by a man she knew only by Angelo or Tom.

The man offered to buy her the headphones for a cheap price and brought them to her at the airport. 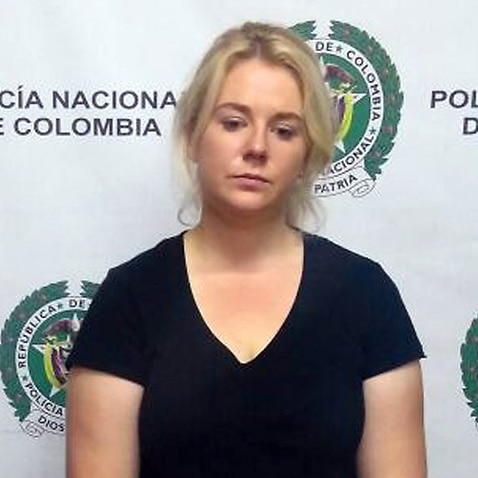 No proof yet that Australian on drugs charges in Colombia was tricked: lawyer 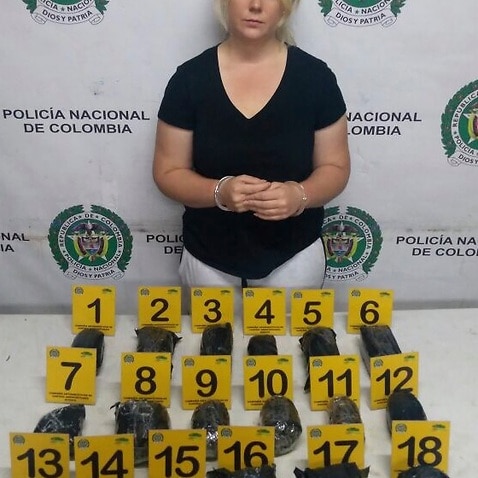 New photos released of Australian on drug charges in Colombia