Yemen is facing a mass famine that will affect millions of lives unless the Saudi-led coalition ends its blockade and allows aid deliveries into the country, the UN aid chief warned Wednesday.

Mark Lowcock, the UN under-secretary-general for humanitarian affairs, warned "it will be the largest famine the world has seen for many decades, with millions of victims."

The UN official spoke to reporters after briefing the UN Security Council during a closed-door session on the crisis in Yemen, where the coalition has been waging a military campaign against Huthi rebels since March 2015.

The council demanded that the Saudi-led coalition keep Yemen's air and sea ports open to aid deliveries in a country where seven million people are already at risk of famine.

"I have told the council unless those measures [blockade] are lifted...there will be a famine in Yemin," Mr Lowcock said.

"It will be the largest famine the world has seen for many decades."

Council members expressed concern about the "dire humanitarian situation in Yemen" and stressed "the importance of keeping all of Yemen's ports and airports functioning," Italian Ambassador Sebastiano Cardi, who holds the council presidency, told reporters after the meeting. 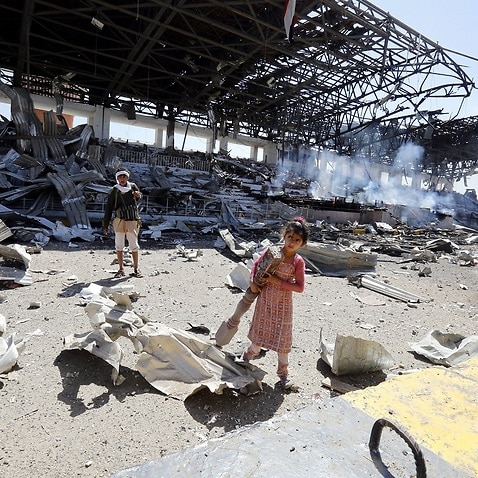 The coalition shut down Yemen's borders in response to a missile attack by Yemen's Huthi rebels that was intercepted near the Riyadh airport.

But the United Nations, which had already listed Yemen as the world's number one humanitarian crisis, responded to the decision with dismay, warning that the situation was already "catastrophic" in the country.

UN Secretary-General Antonio Guterres spoke with Saudi Foreign Minister Adel al-Jubeir by phone on Wednesday and received some "indication that they will be examining the reopening of entry points into Yemen," said Cardi.

Some 17 million Yemenis are in desperate need of food, seven million of whom are at risk of famine and cholera has caused more than 2,000 deaths.

On Tuesday, a Red Cross shipment of chlorine tablets, which are used for the prevention of cholera, was blocked at Yemen's northern border, the International Committee for the Red Cross said. 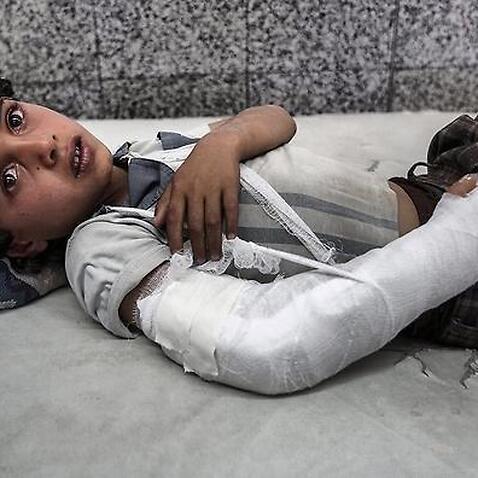 The UN aid chief said humanitarian flights must be allowed to resume to the rebel-held capital Sanaa and to the government-controlled city of Aden.

He called for "immediate access to all sea ports" for deliveries of fuel, food and other vital supplies -- as well as assurances from the coalition that there will be no further disruption.

"What we need to see is a reduction of blockages on all sides, not an increase in them," said Lowcock.

The Saudi-led Arab military coalition intervened in Yemen in March 2015 to support President Abedrabbo Mansour Hadi after the Huthis forced him into exile.

UN aid agencies and other relief organizations have said the border closures have led to a surge in prices of many goods.

French medical charity Doctors Without Borders (MSF) said Wednesday that the coalition had denied clearance for its flights for the past three days, directly hindering its ability to provide life-saving aid.

The war has had a heavy toll on civilians, killing thousands and destroying the already weak health system.