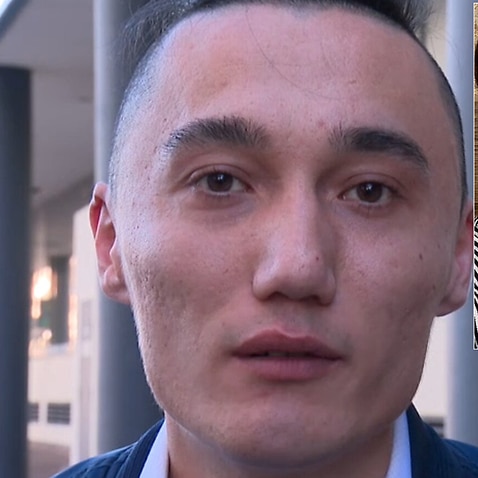 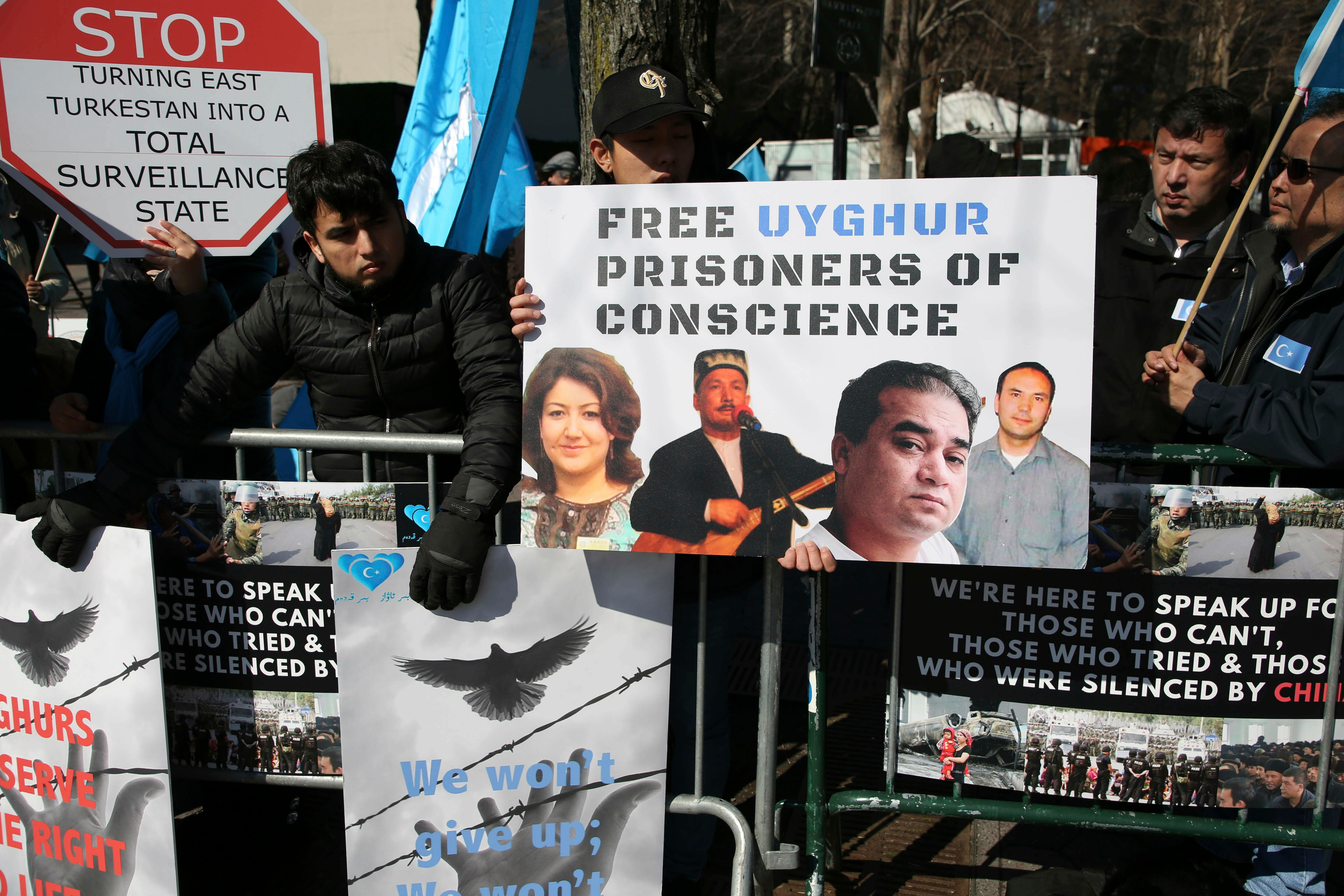 Uighurs rally across the street from United Nations headquarters in New York.
AP 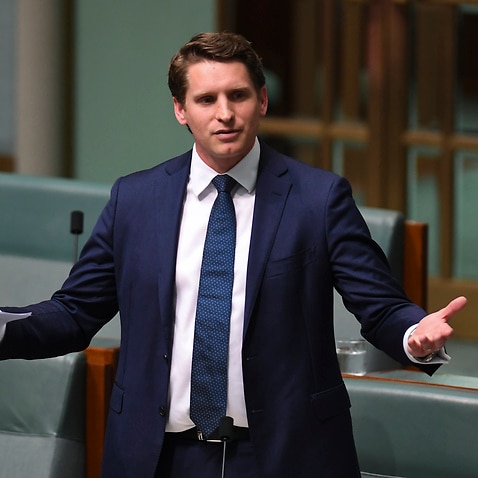