The shrill alarm for China's policymakers is that the world's second-biggest economy may already be in irreversible population decline without having first accumulated the household wealth of G7 nations.

China's population grew at its slowest since the 1950s as births declined, sowing doubt over Beijing's ability to power its economy as it succumbs to the same ageing trends afflicting developed nations like Japan.

With growth having ebbed ever since a one-child policy was introduced in the late 1970s, the 2020 results of the country's once-a-decade census on Tuesday showed the population of mainland China increased 5.38 per cent to 1.41 billion. That was the least since modern census-taking began in 1953.

Data showed a fertility rate of 1.3 children per woman for 2020 alone, on par with ageing societies like Japan and Italy. The shrill alarm for China's policymakers is that the world's second-biggest economy may already be in irreversible population decline without having first accumulated the household wealth of G7 nations. 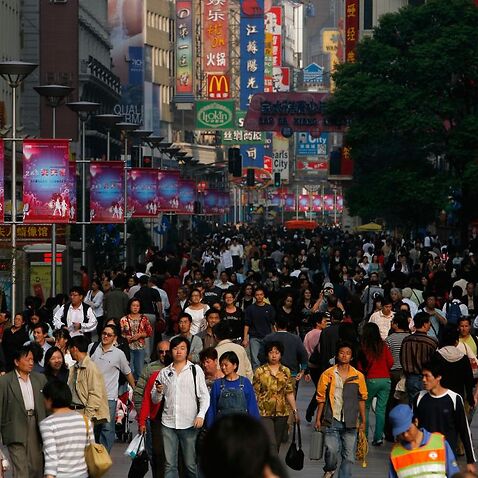 The number meant China narrowly missed a target it set in 2016 to boost its population to about 1.42 billion by 2020, with a fertility rate of around 1.8. In 2016, China replaced its one-child policy - initially imposed to halt a population explosion at the time - with a two-child limit.

The sharp deterioration in demographics will fuel pressure on Beijing to ramp up incentives to couples to have more children - incentives that have thus far failed to offset the impact of career choices and cost-of-living challenges that couples say have deterred them from starting extended families.

Analysts said that with substantial ageing of the population already in view, the census numbers will also give ammunition to policymakers arguing in favour of raising the country's retirement age sooner than later. 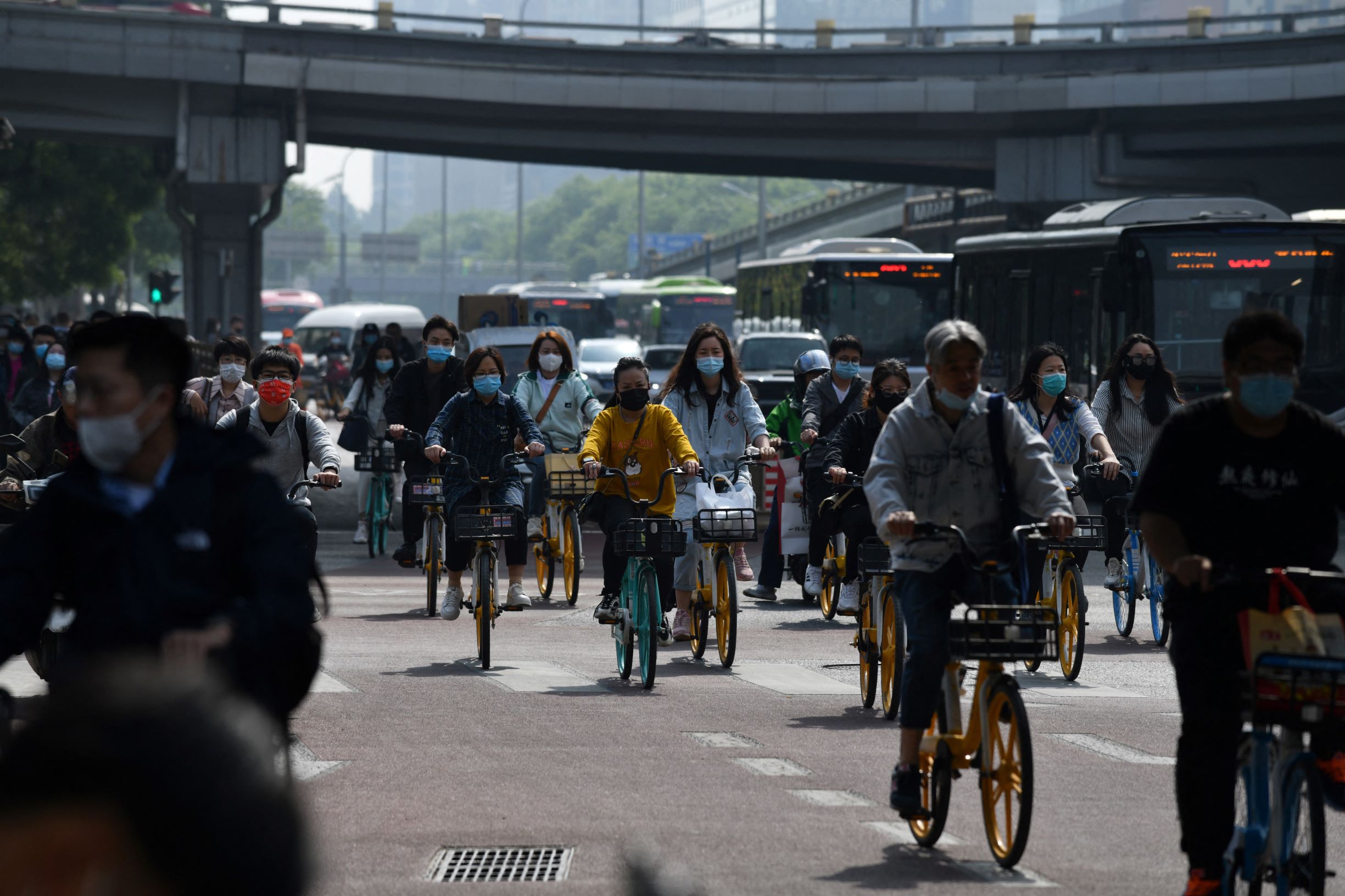 Commuters are seen riding during morning rush hour in Beijing on 11 May, 2021.
Getty Images

"From the trend of population development in recent years, the population growth will continue to slow in the future," said Ning Jizhe, head of the National Bureau of Statistics, speaking after the release of the census results.

"China's population will reach a peak in the future, but the specific time is still uncertain. It is estimated that China's total population will remain at more than 1.4 billion in the near future," Mr Ning said.

In recent months, China's state media has been increasingly bleak on the outlook, saying the population may start to shrink in the next few years. The United Nations predicts the number of people living in mainland China will peak in 2030 before declining.

But in late April, the Financial Times newspaper said the population actually fell in 2020 from a year earlier, citing unidentified people familiar with the matter.

The 2020 number was actually slightly higher than the 1.4005 billion in 2019 estimated in a smaller official survey released in February last year. Ning Jizhe, commissioner of the National Bureau of Statistics, attends a press conference on the seventh national population census in Beijing on 11 May.
Visual China Group

"It doesn't take published census data to determine that China is facing a massive drop in births," said Huang Wenzheng, a demography expert at the Center for China and Globalization, a Beijing-based think-tank.

Urban couples, particularly those born after 1990, tend to value their independence and careers more than raising a family despite parental pressure to have children.

Surging living costs in big cities, where most Chinese now live, have also deterred couples from having children. Commuters cross a street during morning rush hour in Beijing on 11 May, 2021.
AFP via Getty Images

"Having a kid is a devastating blow to career development for women at my age," said Annie Zhang, a 26 year-old insurance professional in Shanghai who got married in April last year.

"Secondly, the cost of raising a kid is outrageous (in Shanghai)," she said, in comments made before the 2020 census was published. "You bid goodbye to freedom immediately after giving birth."

As well as adding pressure on China's working-age population and weighing on productivity, a diminishing pool of working adults will also test China's ability to pay and care for an aging nation.