China orders US to shut consulate in city of Chengdu

China has ordered the United States to close its consulate in the western city of Chengdu, in an increasingly rancorous diplomatic conflict. 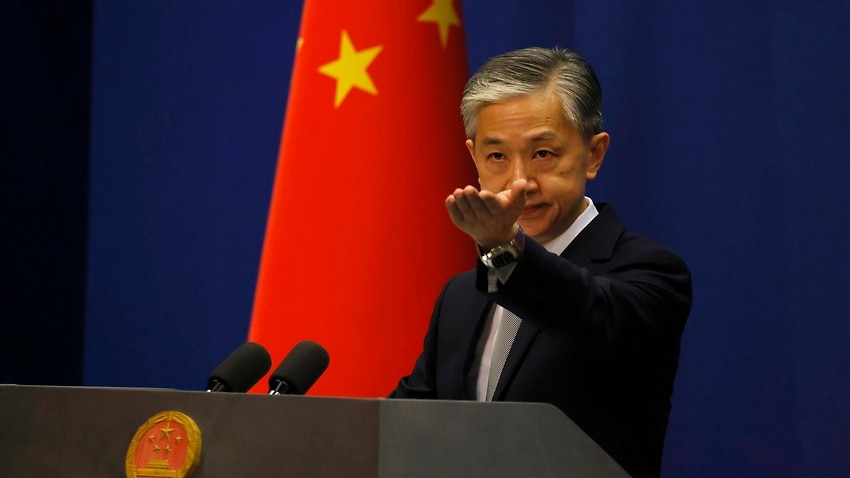 China's foreign ministry said it has told the US embassy to close its consulate in the southwestern city of Chengdu, days after the US abruptly ordered the closure of the Chinese consulate in Houston.

China had threatened to retaliate if the US did not withdraw its decision.

The move is a "legitimate and necessary response to the unreasonable measures by the United States", the foreign ministry said in a statement.

"The current situation in China-US relations is not what China desires to see, and the US is responsible for all this," the statement said.

The Trump administration on Tuesday ordered the Houston consulate closed within 72 hours. It alleged Chinese agents has tried to steal data from facilities in Texas including the Texas A&M medical system.

People stand in front of the US Consulate in Shanghai, China, 23 July 2020. Source: AAP

The United States has an embassy in Beijing and consulates in five other mainland cities - Shanghai, Guangzhou, Chengdu, Shenyang and Wuhan. It also has a consulate in Hong Kong, a Chinese territory.

The Chengdu consulate was established in 1985, and has around 200 staff with approximately 150 locally hired Chinese staff, according to its website.

US-China relations have deteriorated this year to their lowest level in decades over a wide range of issues, including China's handling of the coronavirus pandemic, bilateral trade and a new security law for Hong Kong.

The US and China have been negotiating for weeks over the terms of how to bring US diplomats back amid disagreement over COVID-19 testing and quarantine procedures as well as frequency of flights and how many each can bring back.

Two flights have so far taken place to return some of the more than 1,200 US diplomats with their families to China since negotiations for the returns hit an impasse in early July over conditions China wanted to impose on the Americans.

The impasse caused the State Department to postpone flightstentatively scheduled for the first 10 days of July.