Chinese internet users troubled by a move that could return China to one-man rule were blocked from criticising the President on Chinese platforms, researchers say.

Sunday’s brief announcement by the central committee of China’s ruling Communist party that it intends to scrap the two-term limit for the president gave Chinese censors a busy period.

Within minutes of the announcement, which potentially sets up 64-year-old President Xi Jinping as China’s ruler for life, users on China’s popular internet service Weibo were blocked from using a range of sensitive, coded terms including “Yuan Shikai” and “Winnie the Pooh.”

Some users turned to the US-based Twitter platform to detail their experience of censorship, pointing out that they had been blocked from changing their Weibo profile picture, or that WeChat messages referencing President Xi had apparently not been delivered.

Two memes were born on WeChat overnight. One is the attached Winnie-the-Pooh image ("stick with it"), the other is taken from Marx: "first time as tragedy, second time as farce." Expect more memes to appear as Chinese constitution is amended to end term limits for President pic.twitter.com/7717nkUpFW

China’s censorship regime is controlled by central party-state organisations like the Central Propaganda Department and the Cyberspace Administration of China, but the grunt work of monitoring the masses online is handled by China’s internet companies.

“Part of the genius of China’s censorship apparatus is that it is mostly carried out by the individual internet companies running these platforms,” Mr Ryan said. “Organizations like the Central Propaganda Department or the Cyberspace Administration of China or state news agency Xinhua send out directives to social media platforms and news portals instructing them what terms and topics need to be censored, which are then carried out. Failing to do so can result in punitive measures including heavy fines.”

“Censors, for their part, do their best to keep up with the new lingo and ban those words that – while not obviously connected to the topic at hand, nonetheless are being used to refer to it,” Mr Ryan said.

The official @Disney Weibo account tried to send this GIF out earlier this month but was censored. https://t.co/deedhW2qvK pic.twitter.com/x20vQRW64a

Yuan Shikai was the first official President of the Republic of China, proclaiming himself Emperor in 1915 before overwhelming opposition forced him to abandon his empire less than three months later.

In that case, Mr Ryan notes, “the allusion to Xi’s power grab is clear.” But Winnie the Pooh?

“It has been used since 2013 when social media users first made the joke that Xi Jinping resembled Winnie the Pooh in some photographs of him with President Obama,” Mr Ryan said. “After the censors swooped in, it prompted even more mockery and has remained a mocking term for Xi through to today.”

One apparently innocuous but subversively intended image circulated of the famous children’s storybook with the caption in Chinese and English, “find the thing you love and stick with it,” referring to the bear hugging a pot of honey.

There can be serious consequences for people using such coded sensitive terms online. In 2017, a man called Wang Jiangfeng was sentenced to two years in prison for referring to President Xi in private messages to friends on WeChat as "steamed bun Xi," a commonly used term of disrespect which derived from a Presidential visit to a Beijing eatery. Under the Chinese constitution, which has been in place since Deng Xiaoping's leadership in the early 1980s, President Xi would have been expected to step down after two five-year terms in office, in early 2023. But at the 19th Party Congress in October 2017 he declined to anoint a likely successor, paving the way for him to retain the Presidential title longer. Sunday's announcement, which is likely to be rubber-stamped by the National People's Congress in March, formalises Xi's paramount power. 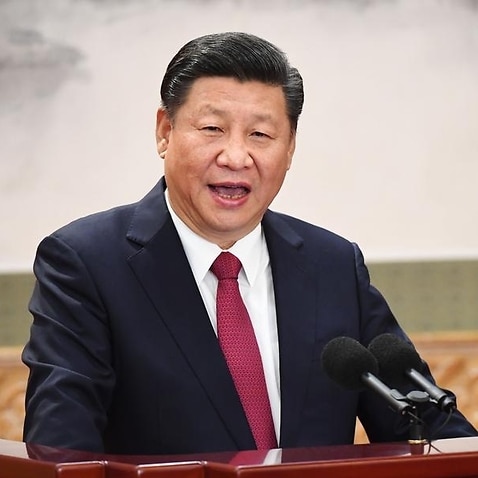 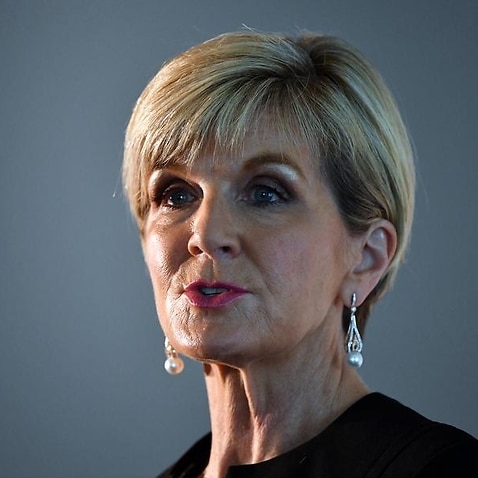 “He is here today and forever, with no political rivals within the leadership or in civil society,” Dr Feng said. “You can see the resentment and anger within society. In Chinese cyberspace last night, everywhere, it was an overwhelming expression of anger.”

There are also implications for Australia's relationship with China, said Dr Feng, who made headlines last year when he was detained for questioning on a research trip in China.

“I hope the public in Australia, government, business, everyone, if they had any illusions before, now they should be awakened to the reality that we are dealing with a very ruthless dictator. Things will follow the political logic of dictatorship. Financially, they will ignore economic rationality; they will ignore normal political foreign relations.”

However others point out that the term limits only applied to the title of president, and China's most powerful position - Secretary of the Chinese Communist Party - has never had a formal term limit.

"So in some respects it's just lining up the head of state role with the head of party," Professor Nick Bisley from LaTrobe University told SBS News.

"But the biggest message is Xi is signaling at home and abroad very clearly that he is going to be the dominant political force and not just pulling the strings from behind the curtain from 2023."

Professor Bisley said it was also possible that it was a message aimed internally at the CCP leadership.

"You can read it a couple of ways - which he’s feeling confident and strong... or you can read it exactly the opposite: he's feeling worried, threatened and insecure, doing this to shore up his power. I think this is more coming from a position of strength."

Professor Bisley said historical experience led Deng Xiaoping and other post-Mao leaders to steer away from one-man rule, creating a sort of "technocratic authoritarianism that seemed to work" to produce more effective government. Dictatorships based on cults of personality tend to be more fragile states, especially during transitions of power.

"So the warning light is blinking a bit, in that China's drifting from the path it's been on for past 30, 40 years," he said. "That doesn’t necessarily mean all bets are off, that [the Chinese system becomes] super-fragile, but we’re in to different territory now."

"Xi’s China is not Mao's China... but he’s heading back to a more conventional authoritarian practice of politics, which history tells us almost always doesn't end well."