Foreign Minister Julie Bishop says China's active role in United Nations sanctions on North Korea has changed the calculation in the minds of the regime.

The strong involvement of China in backing new sanctions on North Korea seems to have changed the calculations for the rogue regime, Australia's foreign minister believes.

Julie Bishop says the world will know the sanctions are working when North Korea agrees to come back to the negotiating table.

Her US counterpart, Secretary of State Rex Tillerson, has revealed he's been "back channelling" North Korea - or sending messages via non-conventional routes - in a bid to get them to that table.

"He indicated to me that part of his efforts to bring China into the collective strategy, to impose economic sanctions on North Korea, he was also back channelling ... North Korea to make it clear to them that the United States was prepared to talk," Ms Bishop told ABC TV on Sunday.

"The messages so far have been through the media - you know, Pyongyang news puts out a statement and the (US) President responds."

Mr Tillerson has been meeting Chinese leaders in Beijing and told reporters everyone would like the situation to calm down "I think the whole situation's a bit overheated right now," he said. However, the US State Department said late on Saturday (Washington DC time) North Korean officials had shown no indication they were interested in or ready for talks.

Ms Bishop was strongly encouraged by the role China had taken in backing two UN resolutions for sanctions.

"I believe that China's involvement is a positive. They are playing a pretty active role and I think it's just changed the calculation in the minds of the North Koreans as well," she said.

She gave some credit to US President Donald Trump for changing the rhetoric with his strident approach to North Korea's increasing missile and nuclear tests.

"I actually believe that the Chinese recalculated their risk when President Trump upped the ante in terms of rhetoric and what he said that the United States would do should they be threatened by North Korea."

"It absolutely involves making sure there is dialogue between all the parties involved," he told Sky News.

"I think there is still a fair way to go in terms of trying to shape North Korea's behaviour." 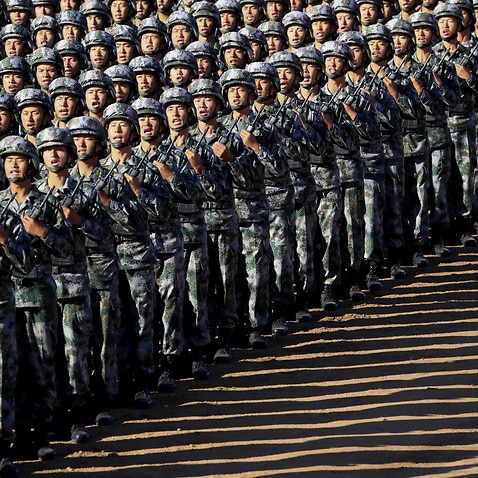