An estimated one million Uighurs and other mostly Muslim minorities are being held in Chinese re-education camps.

China has defended its vast network of re-education camps in Xinjiang and said it would continue "training" residents, following explosive government document leaks detailing surveillance and control of the region's Uighur population.

Rights groups estimate more than a million Uighurs and other mostly Muslim minorities are held in the camps, which reports describe as indoctrination camps that are run like prisons and aimed at eradicating Uighur culture and religion. 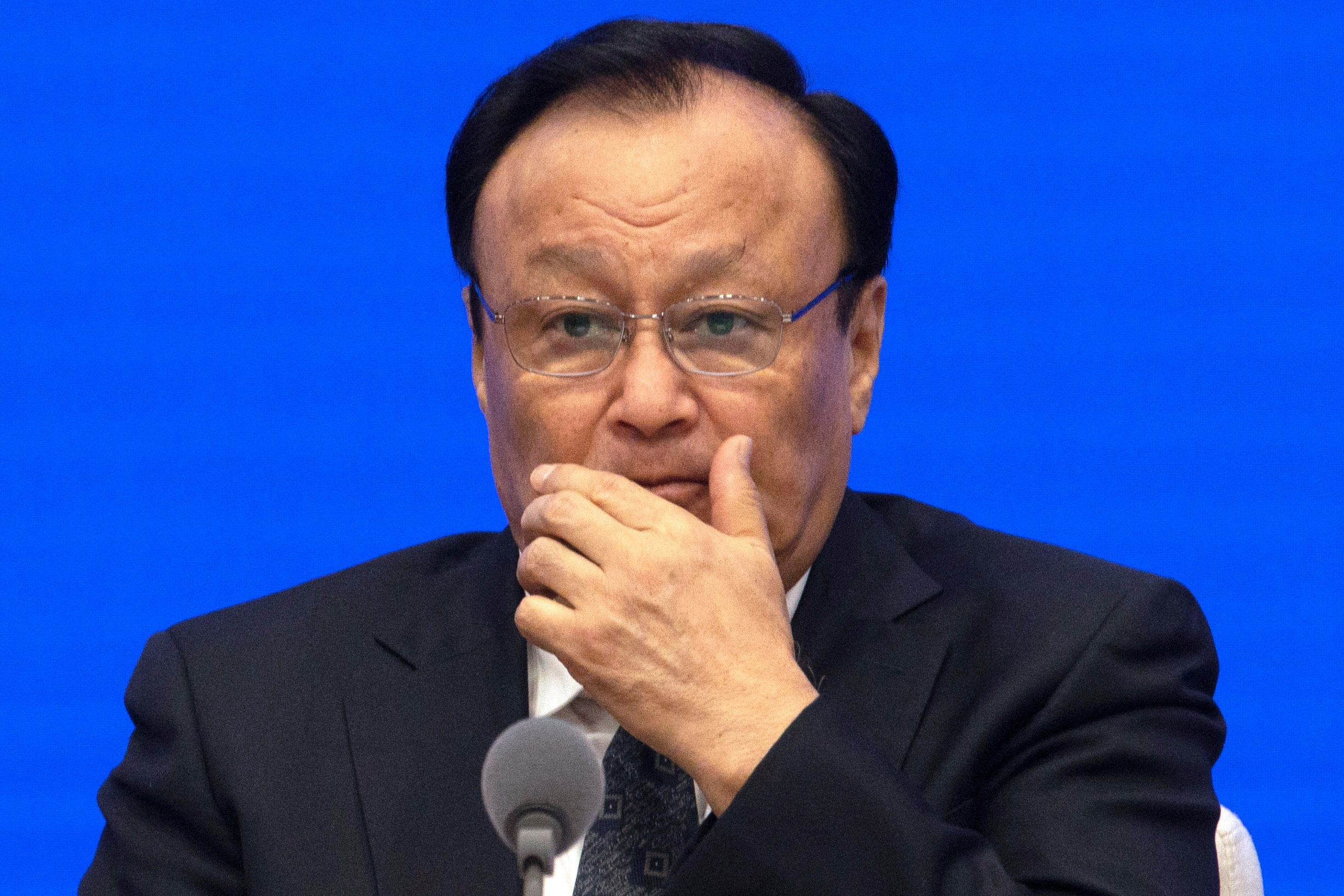 The government has launched a propaganda drive in recent days to justify its security crackdown after the leaks emerged and the US House of Representatives passed a bill calling for sanctions against officials involved in the controversial policy.

In a press conference, Shohrat Zakir, chairman of the far-west region, rejected the estimates by rights groups and foreign experts that more than a million Uighurs and other mostly Muslim minorities are kept at the camps. 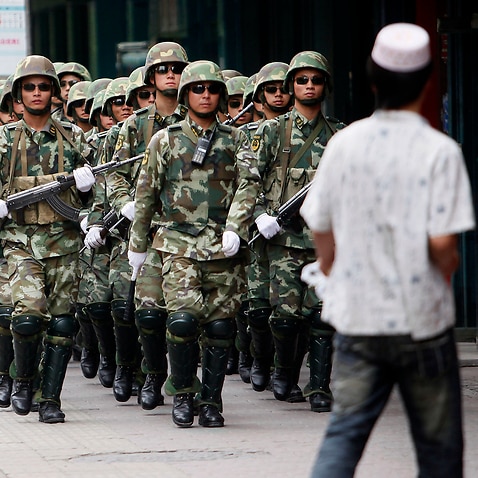 But he did not provide a figure for the number of people housed in what the government describes as "vocational education centres".

"Students ... with the help of the government have realised stable employment (and) improved their quality of life," Mr Zakir said.

Those in the centres have "all completed their courses," he said, adding that "there are people entering and exiting." 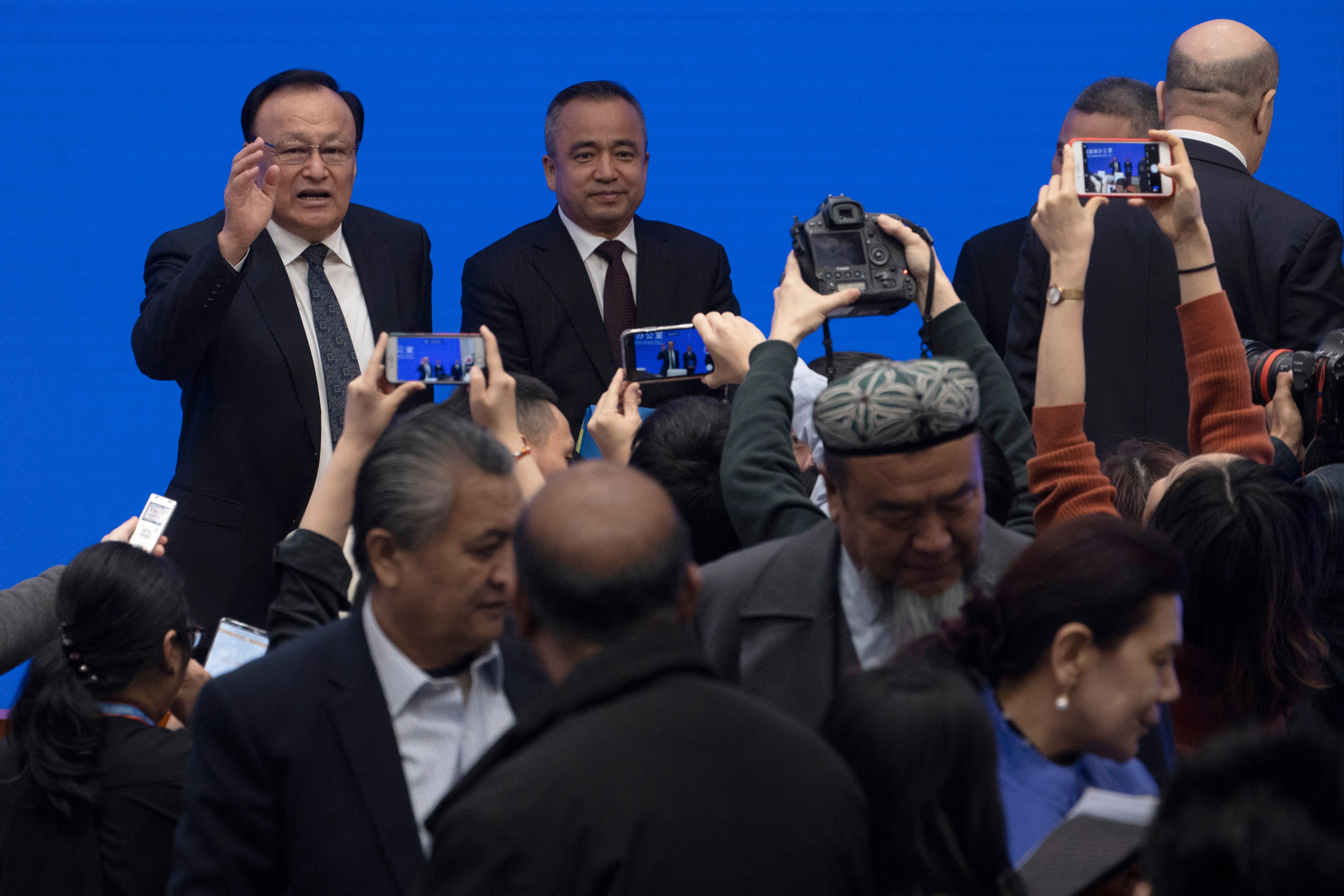 Mr Zakir reacts to journalists as he leaves after the press conference in Beijing on Monday.
AP

In addition to the centres, the Xinjiang government's next step is to "proceed with daily, routine, normal, and open educational training to village cadres, rural party members, farmers, herdsmen, and unemployed graduates of middle school and high school," he said, without elaborating.

A separate leak of government documents by the International Consortium of Investigative Journalists (ICIJ) showed how local officials were ordered to monitor camp detainees and prevent their escape.

After initially denying the existence of re-education camps, Beijing acknowledged it had opened "vocational education centres" in Xinjiang aimed at preventing extremism by teaching Mandarin and job skills.

Rights groups and foreign media, including AFP, have reported that official documents and satellite images show the facilities are equipped and run like prisons.

Mr Zakir also denounced the US Uighur rights bill as a "blatant act of hegemony."

"All ethnic groups of Xinjiang express strong condemnation and resolute opposition to this," he added.

Chinese state media have ramped up a defence of government policies in Xinjiang, posting on Twitter graphic videos with English subtitles of deadly attacks in the region.

At Monday's press conference, officials disseminated copies of a state television documentary on fighting terrorism in the region. 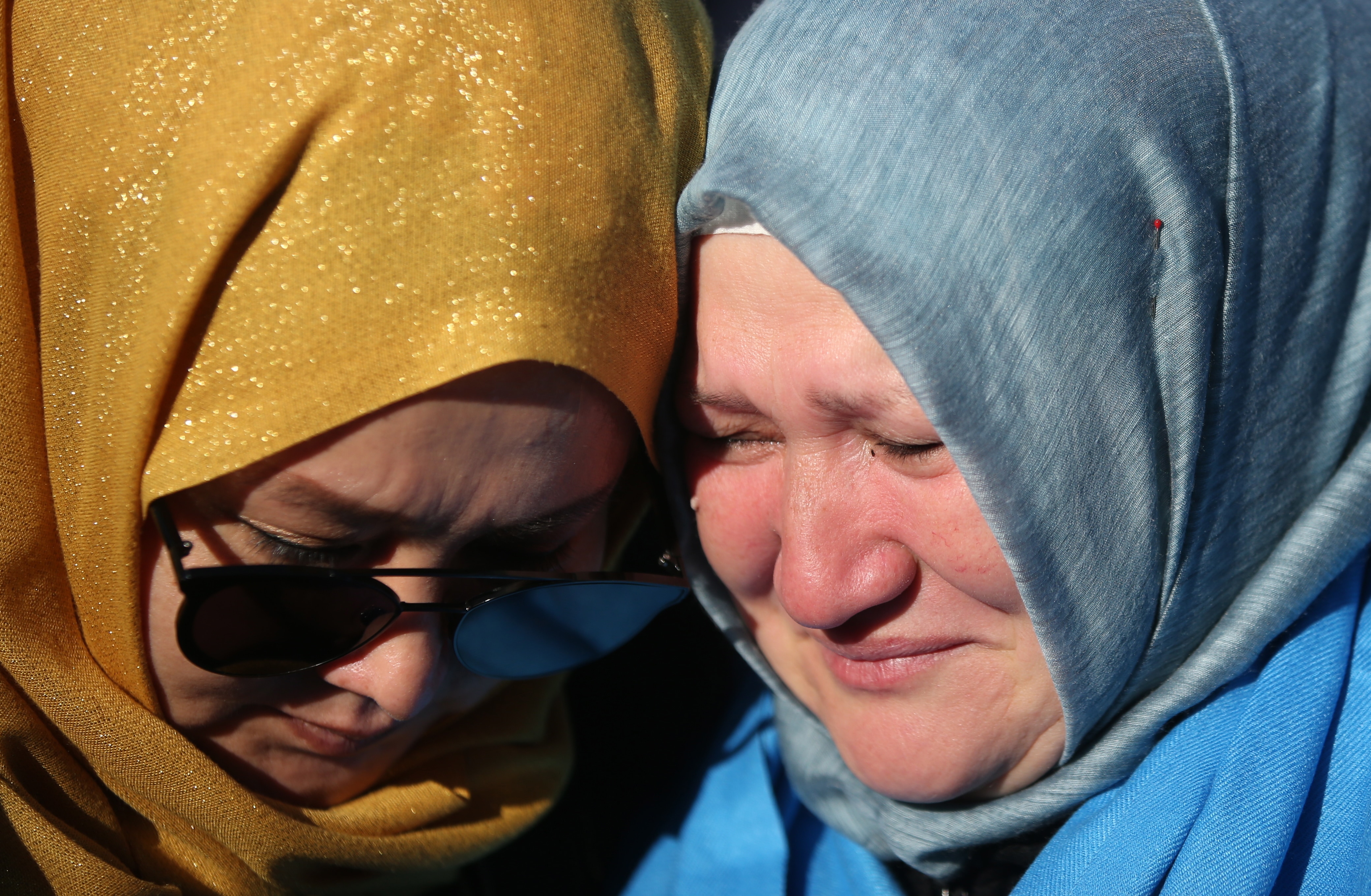 Uyghur women cry during a protest against China in Istanbul, Turkey.
EPA

Clips of attacks by alleged Xinjiang extremists were also shown, including a mass-stabbing in 2014 at Kunming train station in southwest Yunnan province, where knife-wielding assailants killed 31 people and injured more than 130 others.

Xinjiang is a "land of harmony and stability where people of different ethnic groups live and work in peace," enunciated a male voice in English while a very different promotional video played before the press event. 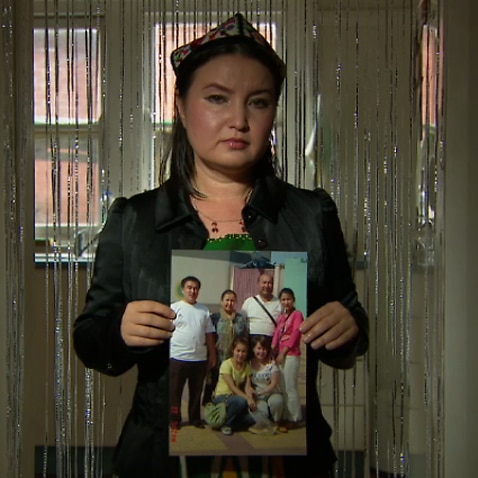 Shots of dancing and waving ethnic minorities flashed by, as well as aerial views of wind farms, railway lines, and verdant farmland.

"Different ethnic groups...remain firmly united like the seeds of a pomegranate," the narrator read, as the video showed scenes of smiling and laughing Uighurs.