China has suspended visits by US warships and aircraft to Hong Kong after the country passed legislation last week backing the financial hub’s pro-democracy protesters.

China suspended US warship visits and imposed sanctions on American NGOs on Monday in retaliation for the passage of a bill backing pro-democracy protesters in Hong Kong.

The financial hub has been rocked by nearly six months of increasingly violent unrest demanding greater autonomy, which Beijing has frequently blamed on foreign influence.

Last week US President Donald Trump signed the Hong Kong Human Rights and Democracy Act, which requires the president to annually review the city's favourable trade status and threatens to revoke it if the semi-autonomous territory's freedoms are quashed.

The move came as the world's two biggest economies have been striving to finalise a "phase one" deal in their protracted trade war.

"In response to the unreasonable behaviour of the US side, the Chinese government has decided to suspend reviewing the applications for US warships to go to Hong Kong for (rest and) recuperation as of today," foreign ministry spokeswoman Hua Chunying said at a regular press briefing. 'This is not over': Hong Kong police fire tear gas as rallies restart

Mr Trump had hesitated on signing the Hong Kong measure into law, fearing the effects on trade talks, but the bill enjoyed nearly unanimous support in Congress which could have overriden his veto.

Asked Monday if his signature hurt the chances of a trade deal, Mr Trump said: "Well, it doesn't make them better, but we'll see what happens."

Secretary of State Mike Pompeo, speaking to students in Kentucky, said that Hong Kong demonstrators want "what our next generation of Americans wants - they want freedom, the chance to raise a family, to practice their faith in the way that they want."

Mr Pompeo said that China was obliged under its agreement with Hong Kong's former colonial power Britain to ensure a separate system.

"Our effort is to make sure those weren't empty promises that were made to the people of Hong Kong," Mr Pompeo said, while calling for all sides to avoid violence. 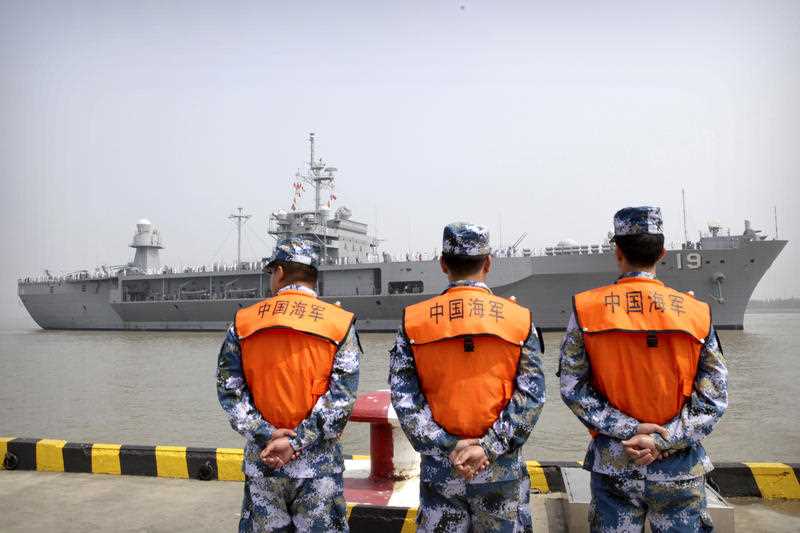 Soldiers from the Chinese People's Liberation Army (PLA) Navy watch as the USS Blue Ridge arrives at a port in Shanghai, Friday, May 6, 2016
AP

China had already denied requests for two US Navy ships to dock in Hong Kong in August, without specifying a reason why.

"Operationally, from a military point of view, it doesn't really make a difference for the US, as they can use many naval bases in the region," Michael Raska, a security researcher at Singapore's Nanyang Technological University, told AFP.

However, it "sends a signal that US-China tensions will continue to deepen," Mr Raska said.

The last US navy ship to visit Hong Kong was the USS Blue Ridge in April. In this Tuesday, Nov. 12, 2019, photo made available by U.S. Navy, the USS Chancellorsville (CG 62) transits the Taiwan Strait.
AP

J. Michael Cole, a Taipei-based senior fellow with the Global Taiwan Institute, said the move was "mostly symbolic" but yet another sign of the "tit-for-tat escalation which is poisoning the bilateral relationship."

An editorial from government mouthpiece Global Times said Beijing could take further measures if the US "continues to escalate the provocation in Hong Kong."

"The measures announced on Monday are only the lightest," it said.

Ms Hua said they would also apply sanctions to a number of US-based NGOs, although failed to give any specifics over the form the measures would take.

Sanctions will apply to NGOs that had acted "badly" over the recent unrest in Hong Kong, she said, including the National Endowment for Democracy, Human Rights Watch and Freedom House.

There was "already a large amount of facts and evidence that make it clear that these non-governmental organisations support anti-China" forces and "incite separatist activities for Hong Kong independence", Ms Hua said. 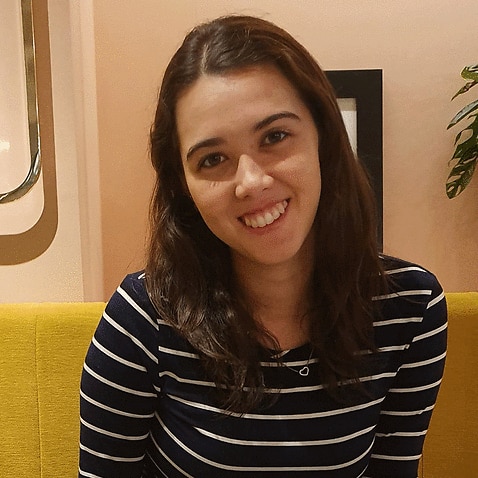 She accused them of having "great responsibility for the chaotic situation in Hong Kong".

Human Rights Watch said it had received "no communications from the Chinese government" about what the sanctions mean.

"Rather tha(n) target an organisation that seeks to defend the rights of the people of Hong Kong, the Chinese government should respect those rights," said Kenneth Roth, executive director of Human Rights Watch, in a statement.

Protesters in Hong Kong are pushing for greater democratic freedoms and police accountability, but the city's pro-Beijing leadership has refused any major political concessions.

The increasingly violent rallies have hammered the retail and tourism sectors, with mainland Chinese visitors abandoning the city in droves.

The city's finance chief warned Monday that Hong Kong is set to record its first budget deficit in 15 years.