Lunar New Year in China is usually a period in which people spend significant amounts of money, but for 38 year-old salesman Zhi Hao it can be the time of the year when he earns the most amount of cash in the shortest space of time.

The urban migrant to Beijing is from Hebei province, and advertises himself online as a fake boyfriend available for rent.

“On new years eve I will prepare some gifts to bring her family and go have a few drinks with them. I think it's great. I help solve people’s problems and I earn money,” said Zhi.

In China, remaining single beyond the late 20s is considered improper. Young Chinese face immense pressure from parents, relatives and friends to get married as soon as possible. During Lunar New Year it’s tradition to return to your hometown – and it’s during this time that they must face questions about their love-life and marriage status, often made to feel bad if still single.

Beijing-based social commentator Yolanda Wang says much of this pressure is driven by financial concerns.

“Because of the one child policy many parents are now getting old. They are worried about being taken care of by their child. If you get married and have a family you’ll be very strong and have the ability to take care of them,” said Wang.

However there are also cultural reasons behind this anxiety.

“In Chinese culture people really care about how others look at you, how they judge you. If you are good enough why are you still single? I think renting girlfriend to go back to your home town, it’s really for showing people – to stop them judging you,” adds Wang.

Zhi Hao says his service allows young single Chinese and their parents to have a more enjoyable new year. He connects with clients and potential patrons via a website and smartphone app. He charges around $160 a day, potentially earning more than $1000 during the weeklong lunar new year holiday period. In a country where the average monthly salary is only half that much, Zhi Hao says it’s a great business.

“It's a good business. Lots of single girls do this, they all say there's travel, fun, helping people solve their problems and you earn money,” said Zhi.

Last week a man called ‘Liu’ from China’s northeastern Liaoning province was arrested for kidnapping a woman he intended to take home as his wife for Lunar New Years Eve.

But for young singles who can afford it, websites like zunuyou.com , or rent-a-girlfriend.com provide a less extreme alternative. Users can choose from at least 10,000 profiles of women and men offering to act as a fake partner. On this website prices start from RMB1000 ($A205) a day and include meeting family and relatives, bringing traditional gifts and even canoodling. The website stresses that all services are “green” with strictly no sex involved. Those violating the rules are named and shamed on the home page.

Co-founder Wang Jianhua says the website has a secure payment process where rentees are not paid until services are safely rendered. “We started the site as an April Fools joke in 2013, now it has 10,000 users! Those who don’t like us are older generations who don’t understand the technology, but most young people agree that what we offer is very useful,” said Wang Jianhua.

But not everyone thinks this growing industry is beneficial to China. Yang Xiaofeng advertised his own fake boyfriend services via his own social media accounts, but will not charge money for any women who contact him to meet. He recently broke up with his girlfriend, and unable to return home for Lunar New Year thought putting out an ad would be a great way to meet a potential new partner or friend.

Zhi Hao understands the criticism but says his conscience is clear.

“If a client wasn't able to find someone and doesn't know what to tell her parents, renting me is a good method. They might be lying to their parents, but the reason is because they want them to have a good new year,” he said. “We're all just ordinary workers, we're not rich. If there’s an opportunity why not take it?” 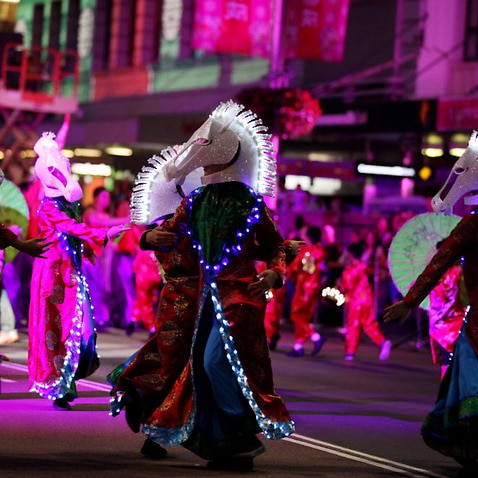 Should it be known as 'Chinese New Year' or 'Lunar New Year'?