Leader of the House Christopher Pyne has threatened to refer two Labor MPs to the High Court over their citizenship status.

The Turnbull government threats to use its numbers in the House of Representatives to refer two Labor members to the High Court over their citizenship status is a sign of desperation, the opposition says.

Leader of the House Christopher Pyne says there are still questions over whether Labor MPs Justine Keay and Susan Lamb, as well as crossbencher Rebekha Sharkie, held dual citizenship at the time of the 2016 election.

Mr Pyne says the government will put it to the vote if necessary when the lower house sits at the end of November if Opposition Leader Bill Shorten and Labor do not take any action.

"There is absolutely no reason the parliament should not vote to refer those members to the high court if the Labor party refuses to do the right thing," Mr Pyne told Sky News on Sunday. 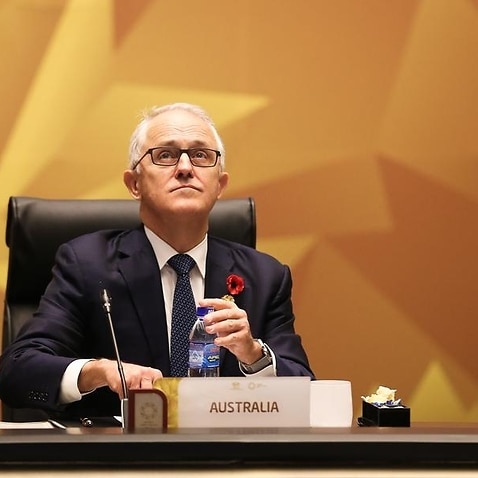 Citizenship through marriage the latest threat to MPs

Prime Minister Malcolm Turnbull said Mr Shorten seems to think the constitution does not apply to the Labor Party.

"I just say to Bill Shorten, it is the High Court of Australia and nobody else that determines whether MPs and senators can sit in the parliament, and he should stop running a protection racket for his MPs," Mr Turnbull told reporters during a brief visit to Hong Kong.

Manager of Opposition Business Tony Burke described it as a "desperate born-to-rule approach".

He said it wasn't that long ago Attorney-General George Brandis spoke against the approach Mr Pyne and the prime minister are now advocating.

"He said that sort of approach would be dangerous, and now it's government policy," Mr Burke told reporters in Sydney.

The threat came after Liberal MP John Alexander on Saturday resigned from parliament after admitting it was "most likely" he holds UK citizenship.

The member for Bennelong said he'll stand again for parliament in an upcoming by-election in a seat the Liberals hold by more than nine per cent. "Compare that to John Alexander, to Barnaby Joyce, to Stephen Parry, to Fiona Nash, all of them, they didn't even look at their circumstances until they had been sprung," Mr Marles told Sky News.

While there is also a question over Liberal chief whip Nola Merino and whether she is an Italian dual citizen through marriage, Mr Turnbull said that had been dealt with by the High Court case in which Senator Matt Canavan was cleared of holding dual Australian/Italian citizenship.

Mr Alexander's departure temporarily leaves the coalition clinging to 73 seats in the 150 seat House of Representatives, not counting the Speaker, while Labor has 69 seats.

"Sure it will be a confusing couple of weeks on issues to do with procedure, but the government will not change; we have supply and confidence with support from the crossbench," Mr Pyne said.

"There is no reason for the parliament not to serve its full term until July 2019."