Police using water cannon and batons clashed on Thursday with refugees who had occupied a small Rome square in defiance of an order to leave a building where they had been squatting.

The clashes were the latest example of tensions in Italy as the country deals with an influx of migrants. They quickly became fodder for political debate, particularly on the police handling of the incident.

Refugees were screaming and trying to hit police, who were dressed in riot gear, with sticks.

The square, just one block from Rome's main train station, was strewn with mattresses, overturned rubbish bins and brokenplastic chairs.

Some 100 refugees had occupied Piazza Independenza since Saturday, when most of about 800 squatters were evicted from an adjacent office building they had occupied for about five years.

Hung on the building was a sheet with writing reading "We are refugees, not terrorists" in Italian. 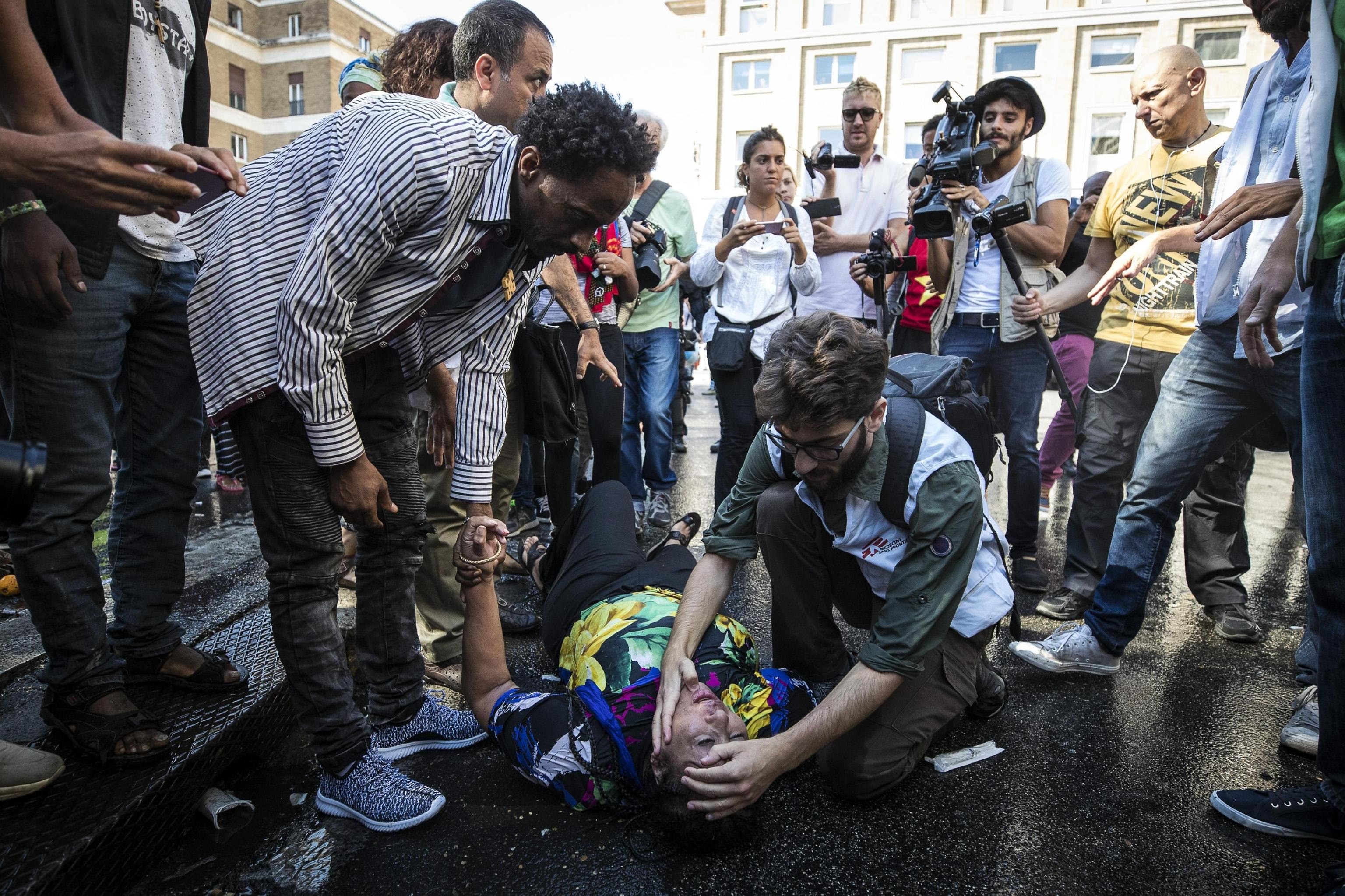 A small fire burned on the pavement and a sheet hanging from a first-floor window was set alight by squatters inside.

Most of the squatters were Eritreans who had been granted asylum. Police said they had refused to accept lodging offered by the city.

In a statement, the police said the refugees had gas canisters, some of which they had opened, and officers had been hit by rocks, bottles and pepper spray.

Two people were arrested and Doctors Without Borders said in a statement that its medics had given first aid to 13 refugees, including one for a broken bone.

Human Rights Watch and members of some leftist political parties criticised the police handling of the situation, saying the use of such force was disproportionate.

"The authorities need to urgently find appropriate, alternative housing, and investigate the use of force by the police during the eviction," said Judith Sunderland, associate director for Europe at Human Rights Watch.

"It's hard to see how the use of water cannon on people was necessary or proportionate," she said.

But the Italian police union COISIP said officers were forced to use water cannon because of the "risk of explosions caused by flammable liquids". 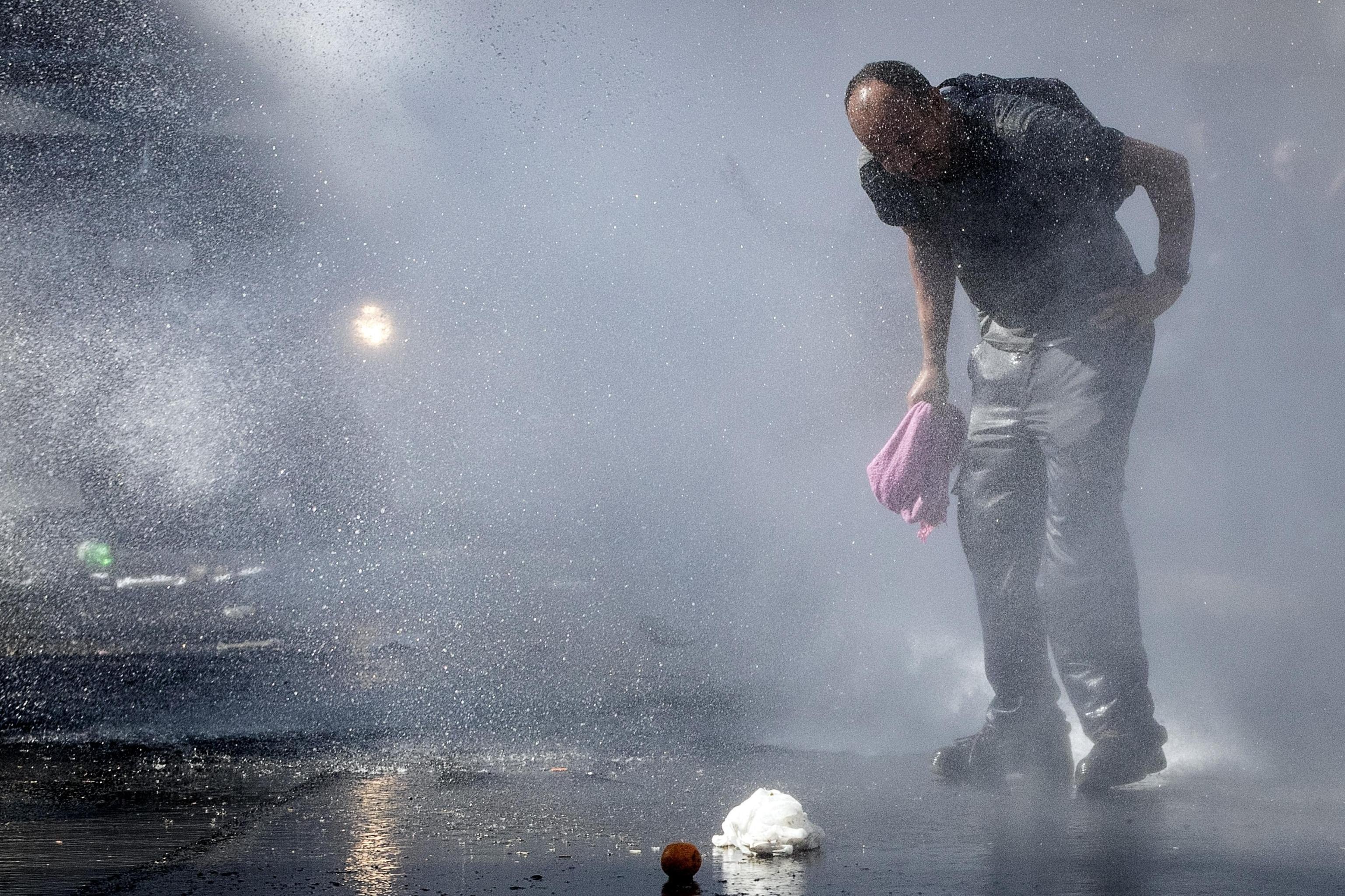 Police said they were looking at possible "irregularities" after what appeared to be a policeman told a colleague to "break the arm" of any squatter who threw anything while being chased, according to a video that circulated widely on social media.

Another video showed a woman fly to the ground after being hit in the face by water cannon, and later put in an ambulance.

Squatters had put cooking gas tanks on the railing of a first-floor balcony, apparently ready to be opened to be used as makeshift flamethrowers, or dropped onto the square, Reuters photographers said on Wednesday.

Matteo Salvini, head of the right-wing, anti-immigrant  Northern League, Tweeted his unequivocal support of police, saying "Go boys: Evictions, order, cleaning up and EXPULSIONS! Italians are with you."

More than 600,000 boat migrants have arrived in Italy from Sydney homeless tent city packing up, some 'don't have anywhere to go'