As the restrictions of the pandemic ebb away, climate action protesters are planning to get back on the streets in Germany and around the world. 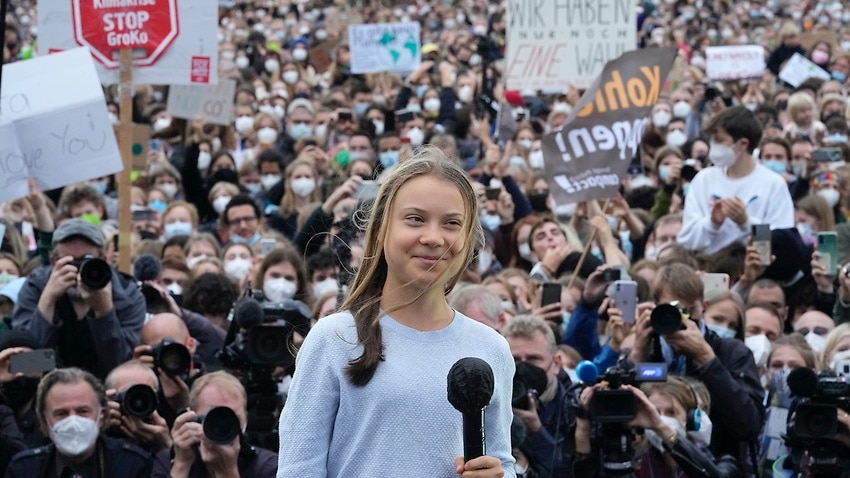 Huge climate protests have been planned around the world as an easing of pandemic restrictions enables a resurgence in the movement.

The Fridays for Future climate action group says they hope to see 1,400 demonstrations in more than 80 countries.

The global protest has become an annual event and often comes in September around the time of the UN General Assembly in New York.

Millions were estimated to have joined the protest two years ago. Last year, in the midst of the coronavirus pandemic, the action went partly online.

This year, with many countries having lifted at least some of their coronavirus restrictions, activists plan to fill the streets in select cities in all European Union countries and across the globe as they call on governments to be more ambitious with their climate policies.

Marking the start of the "global climate strike," Fridays for Future tweeted a picture of participants in Brazil and the Philippines protesting simultaneously.

"Strikers from both sides of the world called on their presidents to stop lying and address the roots of the climate crisis," the group tweeted.

They carried placards and signs reading: "Seas are rising, so are we!" and calling for more "adaptation amidst the climate crisis."

Coming just two days ahead of Germany's general elections where climate change has been a major campaign issue, the impact of the protests - particularly on the fortunes of the Green party - has become hotly debated.

The Greens' candidate for chancellor, Annalena Baerbock, has not said whether she will attend any of the demonstrations.

Large events are also expected in Hamburg, Freiburg and Cologne.

The activists say more than 4,000 companies are set to take part in the global protest as well as church groups.