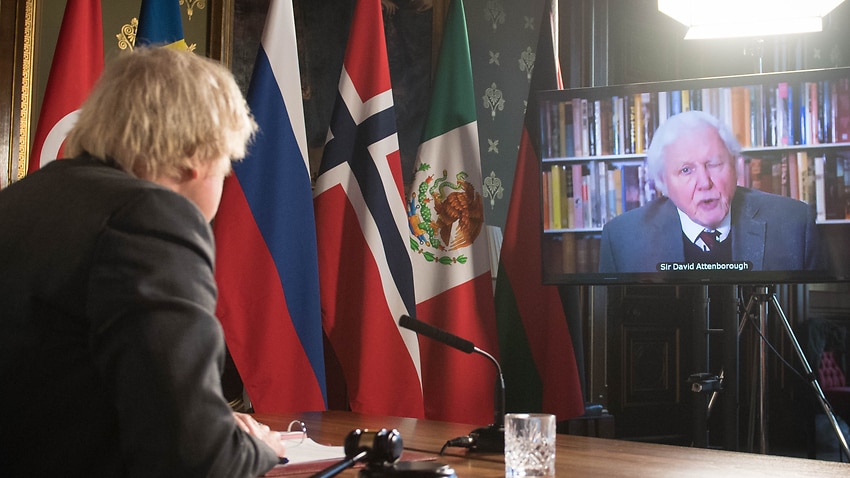 British naturalist David Attenborough warned on Tuesday that climate change is the biggest security threat that modern humans have ever faced, telling the UN Security Council: “I don’t envy you the responsibility that this places on all of you.”

“If we continue on our current path, we will face the collapse of everything that gives us our security: food production, access to fresh water, habitable ambient temperature and ocean food chains,” Mr Attenborough said.

"And if the natural world can no longer support the most basic of our needs, then most of the rest of civilization will quickly break down. Please make no mistake, climate change is the biggest threat to security that modern humans have ever faced," he said.

Read More
UN Secretary-General Antonio Guterres: '2021 is a make it or break it year' for the environment

With the world struggling to cut planet-warming emissions fast enough to avoid catastrophic warming, the United Nations will stage a climate summit in November in Glasgow, Scotland.

“It is literally our last, best hope to get on track and to get this right,” US climate envoy John Kerry told the council.

The November summit serves as a deadline for countries to commit to deeper emissions cuts.

David Attenborough to UN: 'Climate change a threat to global security, I don't envy you'

It will be the most important gathering since the 2015 event that yielded the Paris Agreement, when nearly 200 countries committed to halt rising temperatures quickly enough to avoid catastrophic change.

“I know that there are people around the world who will say that this is all kind of green stuff from a bunch of tree-hugging, tofu munchers and not suited to international diplomacy and international politics,” Mr Johnson told the council.

Russia and China question whether the Security Council is the right forum to be discussing climate change.

“We agree that climate change and environmental issues can exacerbate conflict. But are they really the root cause of these conflicts? There are serious doubts about this,” Russia’s UN Ambassador Vassily Nebenzia said.

“Sustainable development holds the master key to solving all problems and eliminating the root causes of conflicts,” he said.

Mr Kerry said: “We bury our heads in the sand at our own peril. It is time to start treating the climate crisis like the urgent security threat that it is. This is literally the challenge of all of our generations.”

The Paris accord aims to cap the rise in temperatures to “well below” two degrees Celsius and as close as possible to 1.5C to avoid the most devastating impacts of climate change.

“We still have a long way to go, and we look to the major emitters to lead by example in the coming months,” Mr Guterres told the council.

“This is a credibility test of their commitment to people and planet. It is the only way we will keep the 1.5-degree goal within reach.”