Sustainability advocate Madeline Diamond was a finalist for Young Australian of the Year.

Young Australian of the Year finalist Madeline Diamond used the awards ceremony to make a political statement, painting "climate justice" on her body.

The words were clearly visible as Ms Diamond, 22, stood on stage alongside other finalists for the announcement of the winner at the Canberra awards night.

The 22-year-old won the ACT's nomination for promoting sustainability and said she wanted to make the most of the national platform. 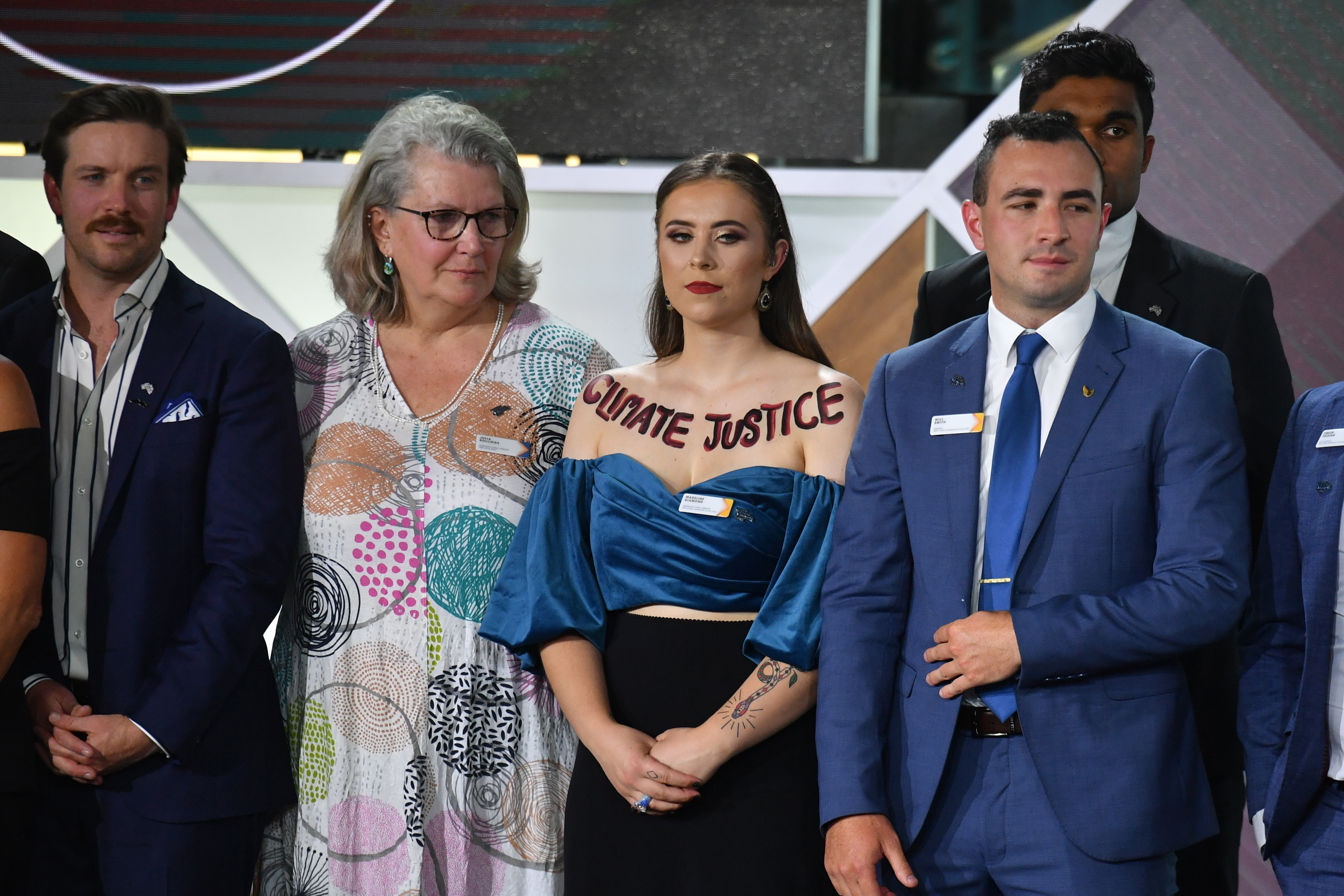 "It's a once in a lifetime opportunity to have a national platform to talk about the most pressing issue as the human race," Ms Diamond told SBS News after the ceremony.

"How many times do I get to be in the same room as the prime minister and really send a message that is so important that our leaders need to step up, Australia as a country needs to step up because this is really urgent."

Earlier on Saturday, she met Prime Minister Scott Morrison and delivered her message directly to him.

His response was "pretty inconsequential", she said.

Her actions on Saturday night did not go unnoticed with many on social media praising her "bravery".

I don’t care who wins - Madeline Diamond is Australian of the Year #champion https://t.co/qU4ugGojen

Young Australian of the Year finalist #MadelineDiamond painted "CLIMATE JUSTICE" on her upper chest during the award ceremony in Canberra. Brilliant, brave and clearly not a "Quiet Australian", and it was a woman who had the balls to do it. You are amazing #ClimateChange pic.twitter.com/yPP52MU7xk

While Ms Diamond acknowledged some Australians may not think it was the appropriate time to make a political statement, she hoped the addition to her outfit would get people talking.

World No.1 tennis player Ash Barty was named the winner of the Young Australian of the Year award.