A federal government proposal to pay for coal-fired power stations with public money from a clean energy fund has sparked further debate over the future of Australia's electricity supply.

The government signalled it will also try to change the rules governing the fund so it can invest in carbon capture and storage - a controversial technology that can lower the CO2 emissions of coal power stations by pumping the gas back into the ground.

Already, Labor and the Greens have indicated they will stand in the way of the proposed changes to the $10 billion green bank.

"Labor will not be a part of this outrageous act of vandalism against the Clean Energy Finance Corporation," opposition energy spokesman Mark Butler told reporters in Adelaide on Monday.

Currently, the taxpayer-funded CEFC has invested millions of dollars in wind and solar farms around Australia.

It has also invested in low-emission streetlights, and new technology aimed at extracting energy from agricultural waste.

The Act that governs the fund currently bans it from putting money behind two technologies: one is nuclear power, and the other is carbon capture and storage. 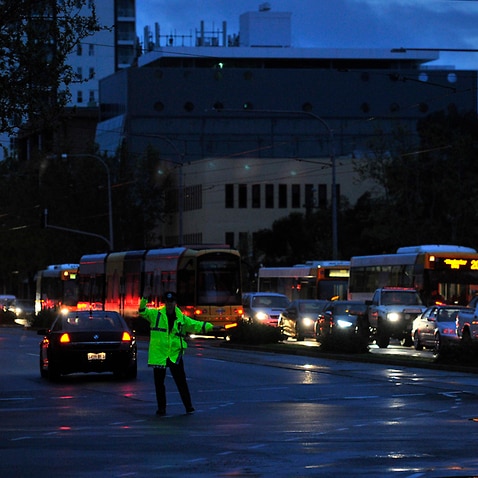 The Greens have labelled any government investment in coal 'dumb and dangerous'.

"Subsidising coal through the green energy bank is like subsidising asbestos through the health budget," energy spokesman Adam Bandt said.

Compounding the looming parliamentary woes, the government has been warned the private sector has no appetite to invest in new coal power and that it will never be viable without carbon capture and storage.

The problem is the ongoing uncertainty created by "the lack of clear climate change policy that's stuck" from either side of federal politics, Grattan Institute energy program director Tony Wood says.

At the moment even the newest technology coal plants are dirtier and more expensive than gas-fired power. "We haven't made a decision here, but we are reviewing the whole energy scene and we are saying that clean coal, by which I mean carbon capture and storage... which is a proven technology, that is obviously a way to deliver clean energy," Mr Turnbull told reporters in Perth.

CEFC chief Oliver Yates has told politicians it would be very difficult to find a commercial investor deciding to invest in a coal-fired power station in the Australian market today.

"The reason why there's been obviously no appetite for private sector investment is because of the policy settings that have been progressively put in place by Labor and Green governments," Senator Cormann told ABC radio.

"It is not in the national interest to spend billions of dollars of taxpayer money on a deal which industry's driven right past and doesn't want to put their own money into," he told reporters in Brisbane.

"If it was such a good a idea to build all these fantastic whiz-bang new coal-fired power generators, why isn't it happening now?"

Shadow treasurer Chris Bowen said whatever mechanisms the government came up with "they will get no co-operation from the ALP".