The Sri Lankan prime minister has urged his nationals held in Australian-run immigration detention centres to come home, saying his country is healing.

The Prime Minister of Sri Lanka has urged compatriots who are being held in Australian-run immigration detention centres to come home.

"Come back. All is forgiven," Prime Minister Ranil Wickremesinghe said as he stood beside Australian Prime Minister Malcolm Turnbull on an official visit to Canberra on Wednesday.

He told reporters that the asylum seekers committed a crime by trying to reach Australia but would not be punished if they returned.

"They can come back to Sri Lanka and we will help them," he said.

"But remember, they broke the law by attempting to come to Australia."

Hundreds of Sri Lankans, mostly Tamils, tried to flee to Australia, after the end of the decades-long civil war, which ended with the defeat of Tamil separatists in 2009.

Many died at sea on their journey.

Immigration Department figures from December 2016 show 86 Sri Lankans are in detention centres in Australia, but the government would not say how many are on Manus Island and Nauru.

There are currently 1,241 people subject to regional processing on the two islands. A spokeswoman for the Immigration Minister said only that the largest groups were Iranian, Sri Lankan and Afghani.

SBS asked Prime Minister Wickremesinghe if it is safe for Sri Lankan nationals to return, which he replied: "Yes, it is quite safe."

"Some of them have left from places where conflict didn't even take place. All of them are not even Tamils and even we want all the Tamils to come back," he continued.

"We should not make a mess of ourselves like they've gone and done in Europe and the Middle East."

Prime Minister Wickremesinghe has previously said the Australian government’s silence on human rights abuses in Sri Lanka was the price it paid to secure cooperation from the former Rajapaksa government on stopping asylum-seeker boats.

He was asked whether there had been any damage to the relationship by the stance taken by former Prime Minister Tony Abbott.

"Tony Abbott is known to me and we felt that there could have been more emphasis on human rights situation in Sri Lanka. No, that's true. We are back in power." Mr Wickremesinghe said.

"The Australian and Sri Lankan navies have a strong and growing relationship," Mr Turnbull said.

"We also have long-standing, close cooperation aimed at ending the scourge of people smuggling and it's a testament to our success that there have been no illegal boat arrivals from Sri Lanka since 2013." 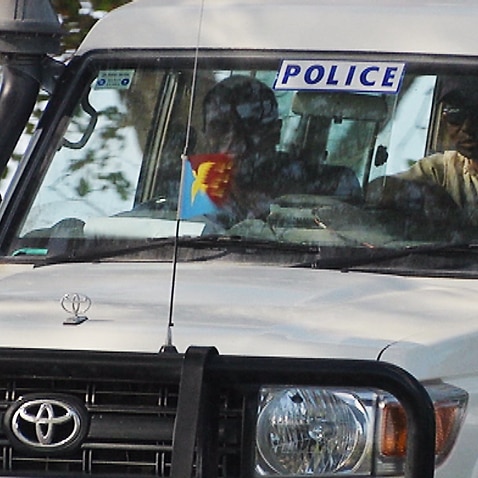