After visiting Russia I believe we all face the same issues as people, and together we can make progress better and faster for the benefit of all, writes Sally Goldner.

Zdrstvuytye (hi). I’ve just returned from an amazing two weeks in Russia courtesy of the Side-by-Side LGBT* film festival in St Petersburg. It was an incredible experience that is a must share.

Side-by-Side has been running for eight years and is well established across Russia. The films were produced outside of Russia given the so-called anti-propaganda laws. One (Olya’s Love) looked at LGBT life in Russia. Thing is, LGBT people transcend all borders and the issues we face are the same: wanting a positive relationship with family of origin, wanting to have our family as we desire; being part of a wider society and all its issues; needing to be who we are regarding gender identity and so on. As Depeche Mode said, people are people.

I admit that when the offer came unexpectedly to visit Russia I didn’t know what to think. All those stories coming out of Russia regarding the terrible state for LGBT people. How much was true and how much was fiction?

I believe the answer is more complex than what we might think based on information we receive here. St Petersburg, a highly creative and artistic city, is home to anti-LGBT politician Anatoly Milonov. It’s comparative to Fred Nile being an anti LGBT-politician in a relatively LGBT-friendly city like Sydney. Interestingly, new-found friends told me Moscow, while apparently less friendly as a city overall was more positive to LGBT people. Another friend from Siberia stated people were “more tolerant” than in the cities. So it’s a mixed bag, same as here.

The risk of assault does exist and sadly, one lone attendee of the festival was physically attacked near one of the venues at night time. Without diminishing any risk, assaults can and do happen in LGBT-friendly areas here too. So the same answers apply; be aware of surroundings and walk around, especially after dark with friends etc. 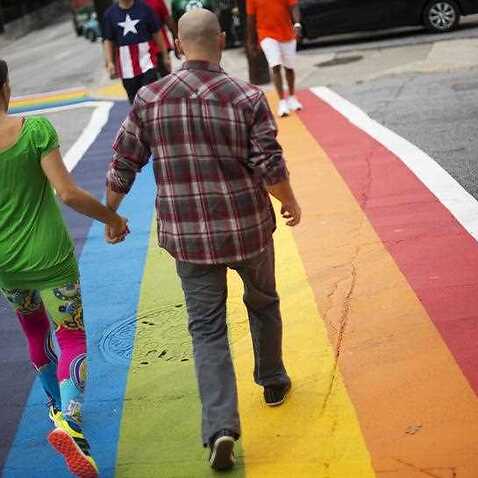 As someone of Jewish background, this trip has left me feeling a comparison around the concept of diaspora (dispersed). Our LGBT family is dispersed all over the world. Which leads to an often-asked question: what to do when things may not be as progressed for LGBT people in other countries? My answer: do connect and be a support, don’t rush in and try to “help.” As always, I am moved and uplifted by the resilience, creativity and good humour of LGBT people and this shone through during any challenges faced by the festival. Another friend told me of being able to go to see a pride march in Helsinki, Finland and how seeing a pride march in the country next door to Russia lifted her spirits.

Most of all, I was strengthened in my belief that LGBT or otherwise, we all face the same issues as people. When we connect and share ideas, we can make progress better and faster for the benefit of all.

*NOTE: The festival is billed as LGBT, hence the use of LGBT in this article. I acknowledge this omits intersex and that many points could be relevant for intersex people.