If the Irish example has shown us anything, it is the capacity for a national vote to change people’s perspectives on gay and lesbian rights.

With Irish voters overwhelming voting yes in favour of marriage equality over the weekend, debate has turned to whether Australia should have a similar vote. While some politicians have argued in favour of referendum, the idea has been thoroughly rejected my marriage equality activists. Advocates have labeled a referendum expensive, divisive and a waste of time.

I have often been skeptical of the goals of the marriage equality movement, and in turn am not sure I like the idea of spending a year of national debate on this issue. Yet, at the same time, I don’t understand the opposition to a referendum.

There is no legal need for a referendum in Australia. Unlike the Irish vote, which was required in order to change the constitution, marriage in Australia can only be decided by our Parliament. This is why leading constitutional expert George Williams stated that any marriage referendum would amount to a “large opinion poll.” 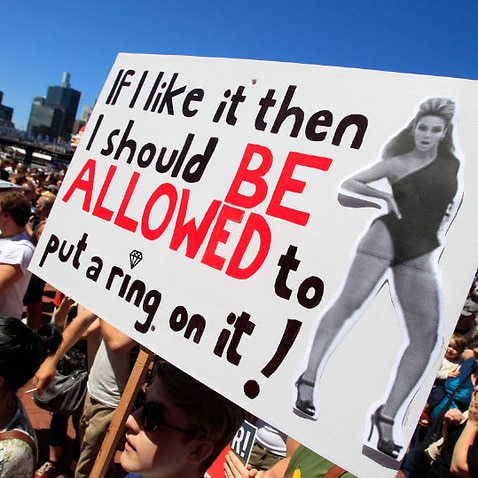 Interactive: Where does your local politician stand on same-sex marriage?

However, I can see real value in conducting this opinion poll.

The major opposition to a marriage referendum boils down to the idea that it is not up to everyday citizens to vote on the civil rights of particular minorities. People fear a campaign will allow anti-marriage equality campaigners to roll out the homophobia and in turn force a no vote. This, they argue would be a major setback for the cause.

This, to me, is a very odd view of democracy. Why is it okay for politicians to vote on the civil rights of minorities, but not for the general population? We seem to be placing a lot of trust in our political class when they don’t deserve it. The fact we still haven’t got marriage equality despite a majority of Australians supporting it is probably the best example of this. It seems the Australian population is far more trustworthy on civil rights for minority groups than our politicians.

Herein lies how a referendum on marriage equality could be so beneficial. If the Irish example has shown us anything it is the capacity for a national vote to change people’s perspectives on gay and lesbian rights. With a vote on the agenda advocates seised an opportunity to go street by street, door by door, to have conversations with Irish citizens. In turn the campaign not only resulted in marriage equality, but also forced the conversations needed to change perspectives on sexual diversity. Campaigners forced what has been heralded as a “social revolution” — a massive change in perspectives in the once very conservative country.

A marriage equality vote could have similar impacts in Australia. By focusing people’s minds on a vote we have the capacity to open up debate about LGBTIQ issues in ways like no other. This goes beyond marriage — a vote could open debate on the range of issues facing queer people — from high rates of depression and suicide to the rights of those in polyamorous relationships. This to me is far more exciting than current strategies, which are focused heavily around lobbying politicians and large advertising buys.

Of course there are risks. A vote gives homophobes a platforms as well, and there is a chance marriage advocates could lose. But one could well argue that homophobes already have a platform in parliament - and what better way to shut that down than by a national vote going against them? More than that if we do lose (which I think is unlikely) that would highlight that when it comes to acceptance of gays and lesbians we may not have not come as far as we’d thought. While that would be a hard to accept maybe it would give us the boot in the arse to campaign even harder.

This is why I am so confused at the opposition to a referendum. Even if it is just one big opinion poll, it is an opinion poll that has the capacity to change the hearts and minds of people across Australia. A national vote could push forward a queer agenda well beyond the passage of marriage equality — and that is exciting.

Yet, it is for that reason I suspect so many are so reticent. Because, as I’ve argued in the past, expanding the debate in this way doesn’t seem to be the goal of many in the marriage equality movement. Instead the movement seems largely focused on gaining one new right for a small section of the queer community. When that is your focus it is clear working through Parliament is the best option — taking the issue to actual voters has the potential to be far too messy. But I think getting messy is exactly what we need.

You want a national vote on marriage equality? I say bring it on! I’m sure we’ll win, and I’m even more confident it could have impacts for queer people that go well beyond marriage.

Simon Copland is a freelance writer and climate campaigner. He is a regular columnist for the Sydney Star Observer and blogs at The Moonbat.