If we refuse a visa to Chris Brown then where does that leave Australia when it comes to admitting all the other men who have also been violent to women, asks Catharine Lumby.

It’s a shibboleth of middle class dinner parties that most social ills can be traced to a named individual – usually a celebrity or politician– who must be named and shamed.

The writer, Frank Moorhouse, wrote a short story once about this ritual where "one of the dominant guests begins the evening with a curse against an enemy." He observed that everyone is then invited to extend the curse "or give bad news of the enemy."

The rapper Chris Brown, who was convicted of domestic violence and whose lyrics and public comments suggest he has questionable views about women, is the latest target of this ritual cursing.

After a campaign by GetUp was shared on social media our immigration department has issued him with a notice of intention to consider refusal of his visa. He has 28 days to appeal. As one of the many people who have been advocating for more focus on domestic violence for years, I have a lot of sympathy for the campaign to keep him out.

At the same time, I worry about the tokenistic nature of the call to ban him. He’s an obvious target: a black rapper. And, as offensive as his attitudes and his violence to his partner are, I also wonder about what a ban will genuinely achieve.

If we refuse a visa to Chris Brown then where does that leave Australia when it comes to admitting all the other men – and there are far too many of them – who have also been violent to women and children? Lots of them aren’t famous. They’re just common and garden-variety assholes.

Rap music is commonly deplored for its sexism and materialism. And there’s truth to that notion when it comes to some rap music. But there’s equally an argument that targeting rappers echoes long-standing, if veiled, fears about American pop culture and African-American men in particular.

While I am in no way suggesting that anyone involved in the campaign to deny Brown a visa is doing it for racist reasons, I do think we need to take a breath and think about who is seen as a threat and who isn’t.

As Jeff Sparrow argues convincingly in The Guardian, "emphasising the menace of a foreign entertainer" distracts from the real locus of domestic violence: the family. 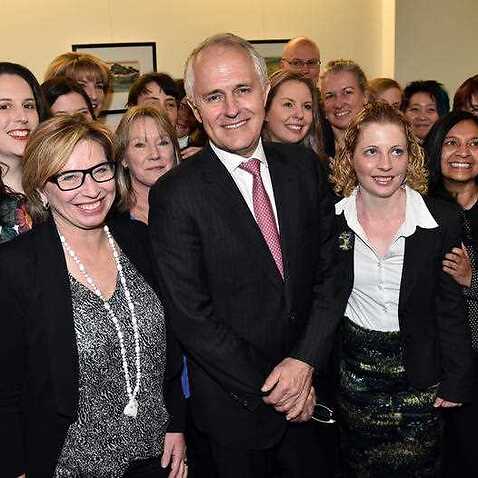 Australia has a long history of banning people or pop culture texts on the basis that they will corrupt our youth. In the 1930s, a coalition of parents’ groups, unions and churches banded together to keep American comic books out of Australia. US comics, which were blamed for youth delinquency and violence, were banned until 1960.

One of the main reasons put forward for refusing Brown a visa is that he influences young people and he’s seen as a role model. It’s a simplistic model of how youth culture works and how young men make their own assessments about treating women.

What they see and hear on a daily basis in their own families and from their teachers is far more influential than anything they hear from a banal provocateur like Brown.

The term ‘role model’ is suspect in itself given the enormous diversity of pop culture today. Online and social media has also made it increasingly possible to speak back and speak out against misogyny – even if it has enabled abhorrent hate speech.

I have no problem with Chris Brown being refused a visa. But it potentially positions him as a ‘free speech’ martyr. And that may actually harm rather than help attempts to get teenage boys to examine the deeply gendered attitudes which fuel violence against women.

Catharine Lumby is the author and co-author of six books and since 2004 has worked in a pro-bono role advising the National Rugby League on cultural change and education programs for players.